CS:GO – Owen Schlatter Leaves Complexity In Difficult Decision To Be With Family

The seventeen-year-old Obo has left Complexity after months of boot camping within Europe, much as MIBR has done recently before splitting the team apart. The team appeared devastated at losing the young and extremely promising talent after spending a wealth of time getting to know the young man.

The news was difficult for many Complexity fans, with many opting to roast Obo on social media stating that they’ve ‘lost all respect’ for the player that, they allege, has taken advantage of Complexity’s willingness to gamble on taking the player under their wing for an opportunity at T1 CS.

Loved some of the comments from these armchair warriors about oBo. Hes not even an adult yet and has lived overseas during a pandemic for half a year. I even read one that said "lost all respect". 🤣

Clean that dorito dust off your pedo stache, freaks.

Yesterday evening, Owen ‘obo’ Schlatter broke the silence on his side and described precisely why the decision resulted in the way it did, and showing a wealth of gratitude to both Complexity and Jason Lake.

The hardest decision I have ever made…@Complexity

By and large, many prominent members of the CS:GO scene supported the seventeen-year-olds decision to be with his family during the pandemic after isolation and being quarantined in hotel’s for months on end came to a frustrating head for the young player that isn’t even old enough to drink.

Can’t wait to see ya in the server for whatever team you’re on next. Ur going to crush. Happy to see you do what’s best for your state of mind.

Granted, there are always the few eager to speak their mind about the frustrations of ‘obo’ leaving the team shortly before qualifiers in multiple tourneys coming up; a move that will likely result in a hard blow for Complexity’s impending future as they’re left down a man in the roster, unless some divine coincidences can help out Complexity.

To be clear, the Complexity roster has had a difficult time recently that a younger individual would likely struggle with; quarantined within random hotels for months as they grind out CS:GO day in and out.

It would be an arduous tasking for stable adults, even without the hotel skipping around; multiple world-renowned veterans of the scene have been burned out by insane schedules that take up every waking moment in order to maintain their spot as the best teams on the globe.

For Owen, it was simply too much, and it’s difficult to find fault with that without personally experiencing the fatigue, exhaustion, and concern that Owen experienced during this time.

Owen has stated that he is continuing to look for a new CS:GO team that will not separate him from his family at the length that Complexity has, and that he looks back to his time with Complexity fondly.

Oct 23, 2020 Chris Miller 650
Owen 'oBo' Schlatter stepped away from Complexity after months being bounced around different hotel rooms without the support of his family. While... 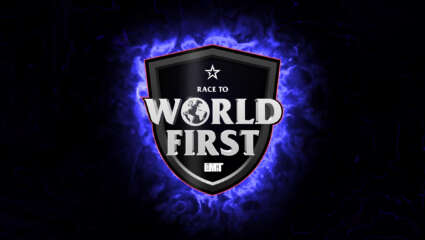 Sep 17, 2020 Richard Sebastian 860
Well-known eSports team Complexity Gaming signs renewing the contract with Twitch to stream its content exclusively. The agreement is agreed upon by...