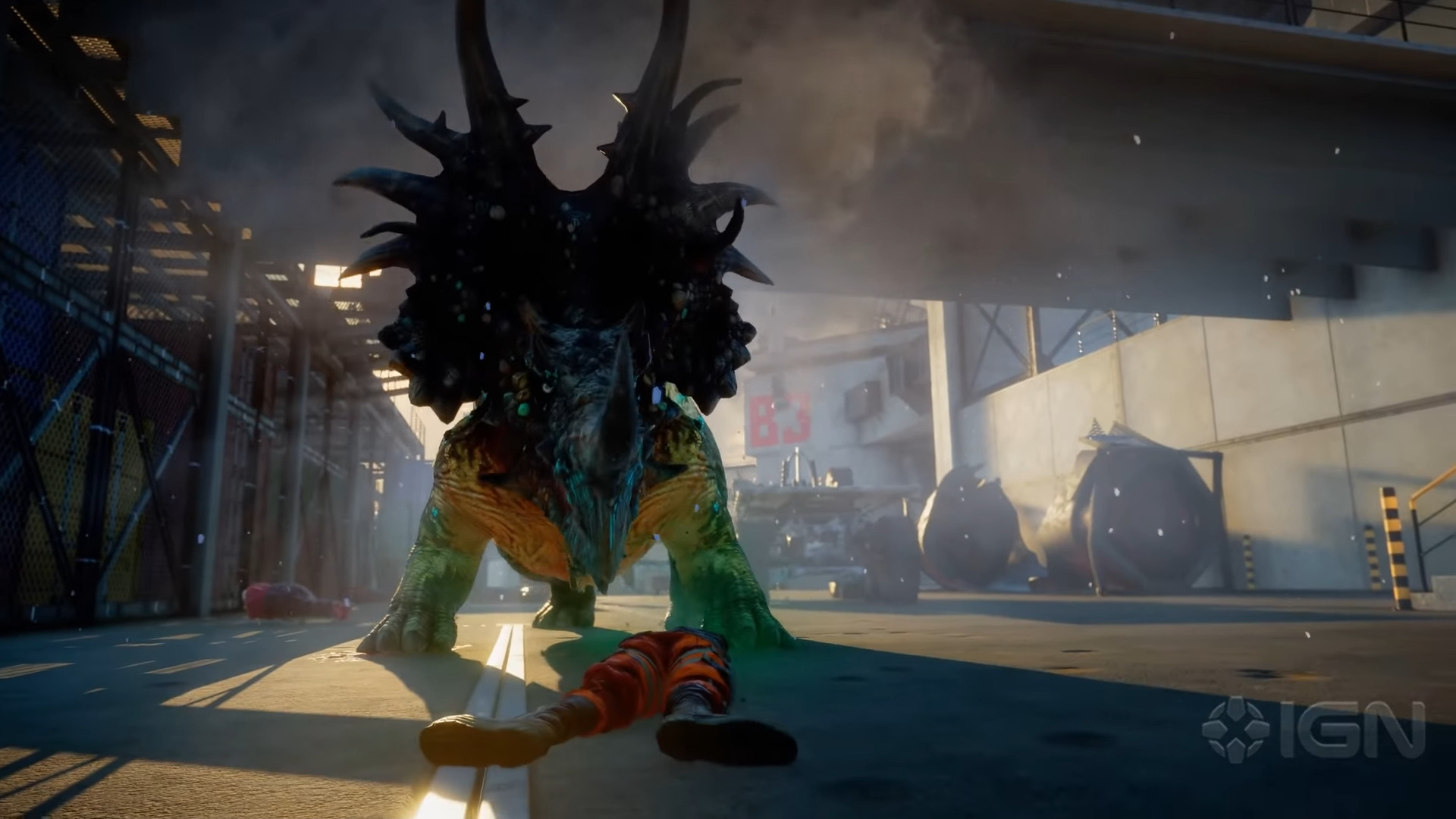 Dinosaurs, blood and gore, and a heft of weaponry are the staples of the newest cooperative shooter coming from a new development studio by the name of Systemic Reaction that is launching into Steam‘s Early Access program.

Day one of their Early Access journey is today, the 13th of October.

With this in mind, we’ve managed to get a sneak peek of what it looks like: the combat is decent, but the enemy types and objectives can become stale at this moment; if Systemic Reaction is committed to a long haul then Second Extinction could become a monumental hit with fans of cooperative shooters that aren’t disturbed by large amounts of gore.

There’s a rare sight in here too: Systemic Reaction has already offered a road map of their upcoming plans for content. Be still my beating heart, they’re showing purchasers what they’re buying into with a general commitment.

What’s in store down the road(map)? Follow the link to find out! 👀 https://t.co/iQbpgHVS4g

Alternatively, if they’re looking to push out a full release as soon as possible and offer additional content via purchases, it skews far into the territory of ‘meh’.

With raptors and ankylosaurus’s challenging players in large groups, while the small squad of up to three players swing their weapons around wildly gibbing everything that is attempting to eat their face, the pressure comes fast and hard when the game is looking to turn it up, which it will consistently do.

Objectives that come to light during missions vary wildly in satisfaction and difficulty: it isn’t rare to need to run around a building and push buttons for a ‘manual override’ in an arguable low-point of play, yet then you’ll need to bring server hard drives out of a building while under constant attack, covering everything with heaping amounts of blood that would make Doom Guy proud,

Second Extinction is at its best during these unconventional objectives that pit timers and swarms against players, and at its worst when you’re waiting for a minute-long evac during which the exfil point is swarmed with a few types of dinos consistently.

The dinos are extremely limited at the moment: raptors, triceratops, and ankylo’s are the only species that most will readily recall, and they’re not used sparingly: juxtaposed against other coop shooters, such as Left 4 Dead 2, where the entire squad must know when unique types appear as they can wildly change the dynamic of conflict, and Second Extinction frankly feels a bit short.

Scary dinos appearing means that you just shoot more, harder, at the moment.

In spite of this, it’s Early Access, and as is the case with many Early Access titles the recommendation can’t fully be offered or taken until we see precisely how much the developers are willing to use the period as a means of connecting with the community and bringing a slew of content. Keep your fingers on the pulse of this one in the coming months, it looks like it’s almost dino season.

Second Extinction is releasing on Steam and the Xbox Series X/S, with an Early Access price point of $24.99.

CS:GO - After A Short And Unsuccessful Stint, 100 Thieves Drop Out Of The Pro Scene