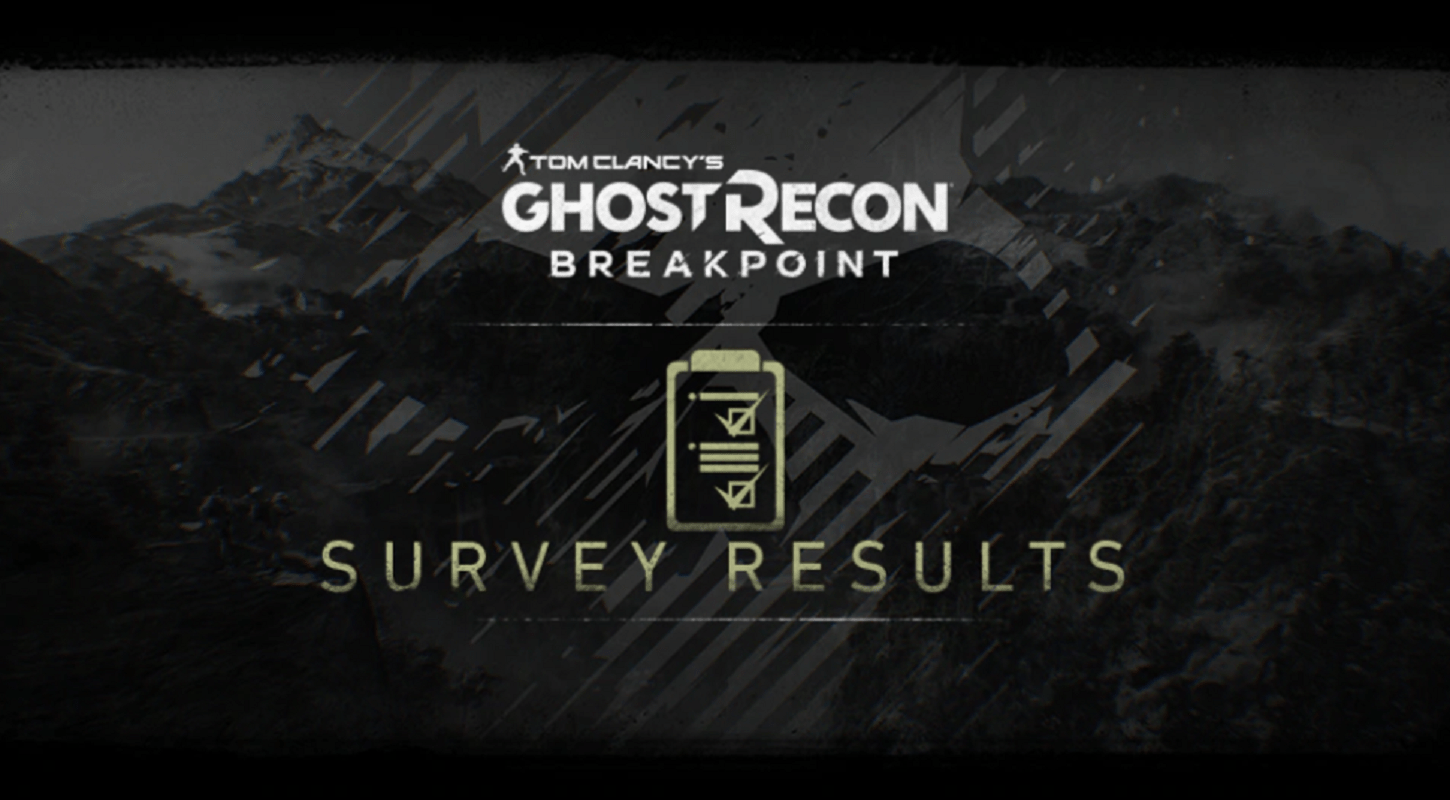 Ubisoft has been working tirelessly to right the ship that is Ghost Recon Breakpoint. Two weeks ago, the developer released a Community Survey for players to fill out. They voted on game elements that they would like to add, get rid of, or fix.

Thousands of players voted, and the results are in.

We are happy to share with you the results of the Community Survey. Once again, thank you all for your continued support and feedback.

The most frequently requested improvement to Ghost Recon Breakpoint is the technical quality of the game. Ubisoft assures that this is their primary focus, above anything else.

Besides that, the most requested changes and fixes to the game are to add AI teammates, remove gear score and tiered loot, make enemy AI improvements, the ability to sell all weapons and gear at once, and remove online requirements.

To change and add all this content is an immense amount of work. However, Ghost Recon Breakpoint was a considerable investment, and the company cannot afford to have it be a total bust. If Ubisoft manages to change these components in a timely matter, Breakpoint may have one of the greatest video game comeback stories in recent years.

There are some more requested changes and fixes that Ubisoft mentions.

Players want vehicle handling adjusted to be more efficient. Gamers also want a more immersive survival experience. Ubisoft is hoping to have these changes rolled out by early next year.

Ubisoft also understands the problems with the in-game economy and are hoping to make it better by removing the cap on daily battle points and increasing the rewards a player will get for completing a Faction Mission. There should be some more changes to the economy coming next year as well.

There are even more fixes that Ubisoft is going to work on for the game, including fixes to the UI, base jumping, camera, and respawn system.

If one looks at all the changes Ubisoft is promising to implement, it’s pretty overwhelming. The number of hours that will be going into these fixes is massive, but evidently, it’s worth it to them.

Ubisoft has been upfront with the Ghost Recon Breakpoint ever since the initial tweet that they put out, stating that they understand the community frustration and would do their best to fix it.

Hopefully, Ubisoft will be able to roll out enough changes in the short run to keep people playing Breakpoint. With the addition of the new raid Project Titan, gamers will have something to keep them busy, but Ubisoft understands that they need to keep updates rolling consistently if they have any chance to turn the ship around.