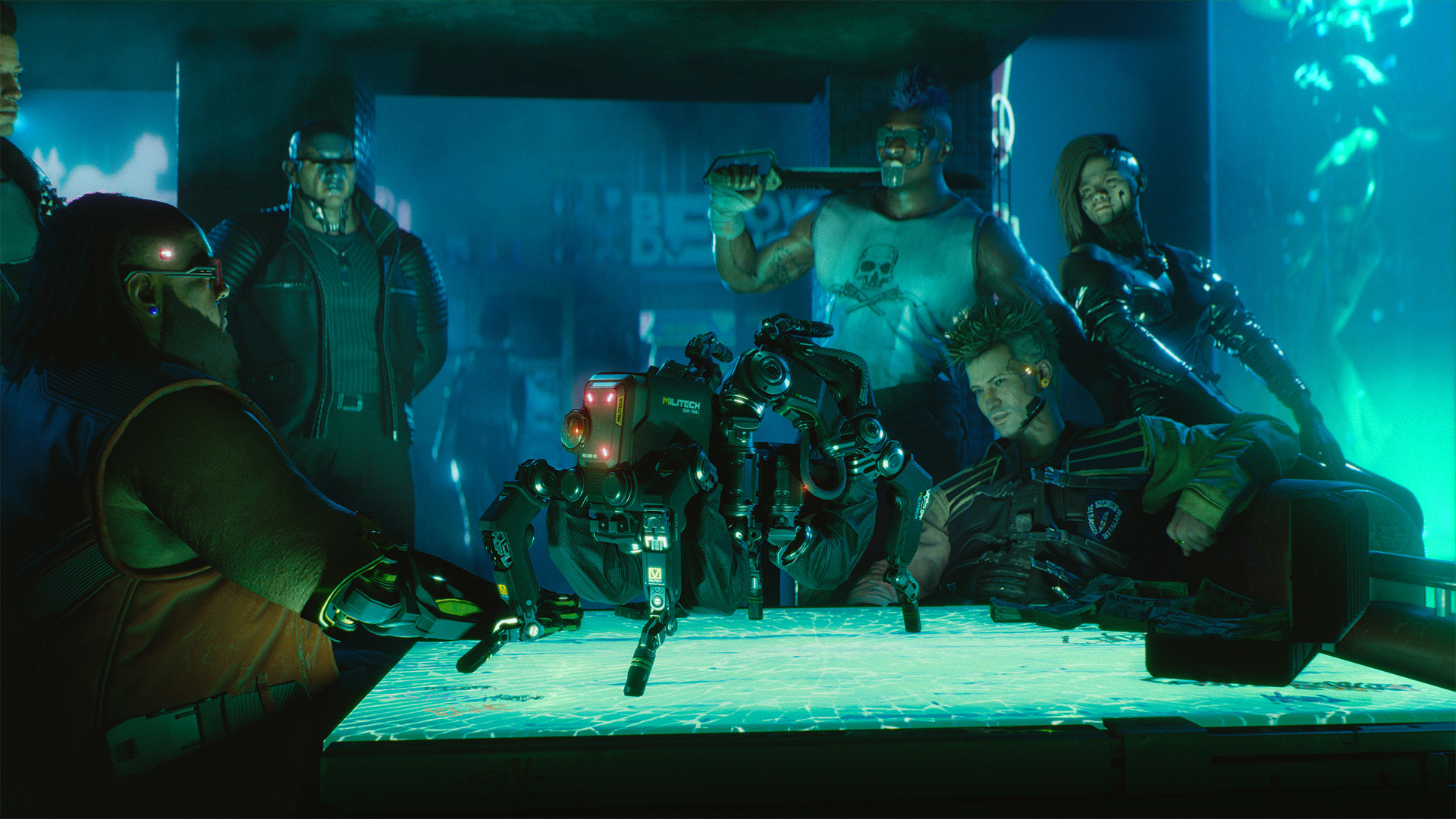 Everybody and their mother has gone around and around debating the ethics and details of spoilers. What exactly constitutes a spoiler? How long after something is released can you post a spoiler on social media? Is it safe to talk about something that was revealed in the marketing campaign?

There are a lot of questions with a lot of different answers. It can be hard to sort through all of the opinions out there, let alone decide what you believe. So here’s a little cheat sheet to help you keep things straight: just don’t spoil anything. The MAX-TAC will find you.

“We’re getting closer and closer to launch and chances are some of you will get your hands on a copy of Cyberpunk 2077 before release day. However difficult this might be for us to achieve, our ambition is for gamers all across the world to have the same—spoiler-free—experience at the time the game releases.”

RELATED: Ghost Of Tsushima Gets A New Story Trailer And A Release Date Of This June

They go on to “kindly ask” that anybody gets the game early refrain from streaming anything before the game releases on December 9 at 12pm CET/3am PST. They threaten to send MAX-TAC after leakers, MAX-TAC being a branch of the police in the Cyberpunk 2077 world.

While MAX-TAC might not be real, the DMCA certainly is, and it sounds like CD Projekt isn’t afraid to throw out takedowns left and right.

This has been a problem ever since video game developers started weaving engrossing narratives that pull players in. If a Mario Bros. game or a Madden title hits the streets early, there’s nothing to spoil. If it’s something plot-heavy, though, especially something anticipated, it can really ruin a person’s experience.

Red Dead Redemption 2 and The Last Of Us Part 2 are just two recent examples of games that led to spoiled-filled minefields before and after the release window. Social media only worsens the problem, as it becomes tricky to navigate something like Twitter without reading something you don’t want to read.

This isn’t just about people streaming the game with supposedly harmless intentions. The bigger dangers are the people who go out of their way to spoil these things on purpose. They’re out there, and there’s a lot of them. It’s simply become standard protocol for many to avoid social media when it gets close to the release date of something they’re anticipating.

This is the world we live in and sometimes it can be a bummer.