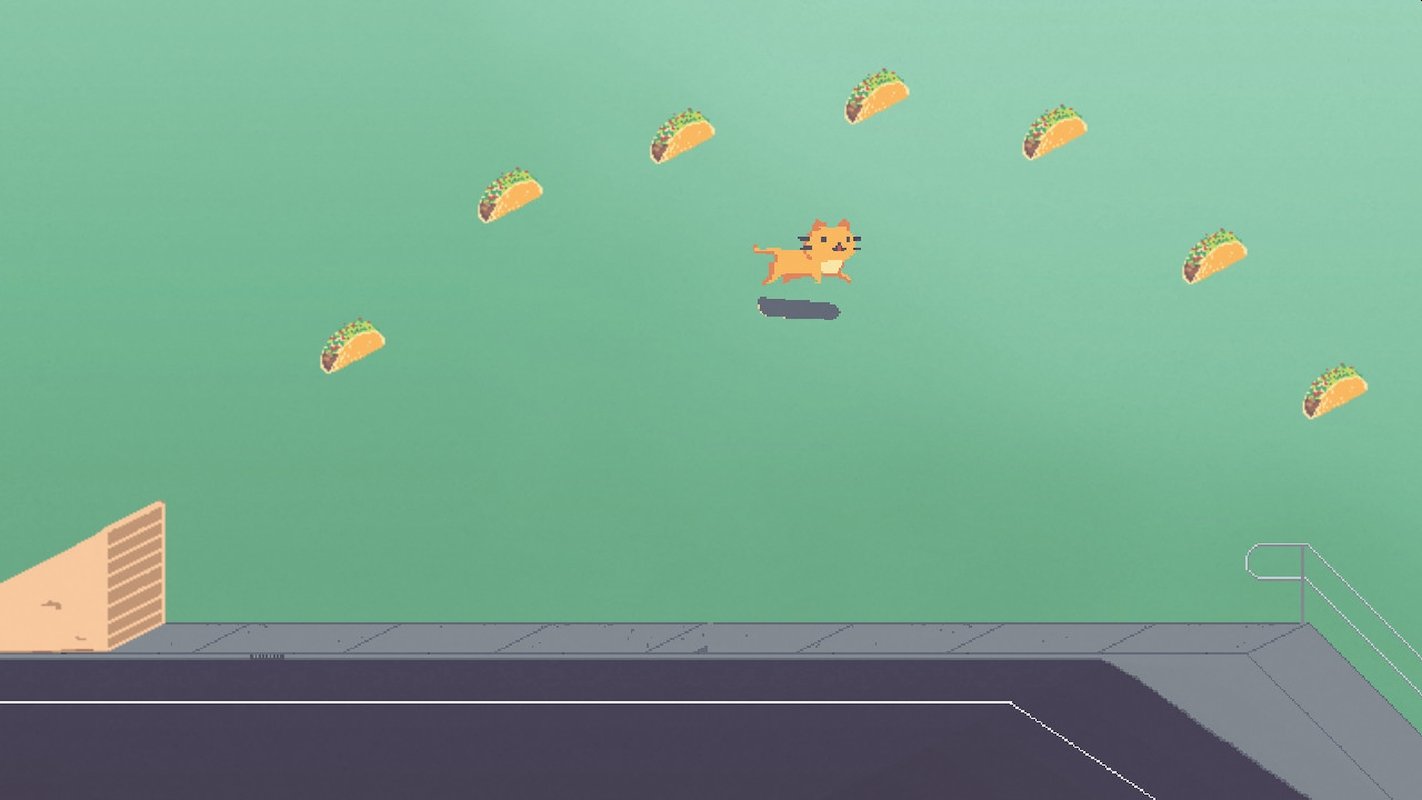 Dr. Tacocat is an endless skateboarding runner game featuring cute pixel artwork. The game was intended to be played 10-20 minutes at a time here and there in-between matches of other games.

“Ollie, kickflip and grind through the endless pixel crafted world of Mreowfield. Make your way past the pug patrol and any others that stand in the way of skateboarding. Use collected Tacos along the way as the only defense between that 360 flip to 5-0 grind and bailing.” states the game’s official description.

Dr. Tacocat doesn’t have a deep storyline, but the orange tabby cat does have to avoid the pug police.

Although the game is called Dr. Tacocat, there are three different characters to choose from. Dr. Tacocat is the standard character, while Fox Fox is faster. Krinjah Cat is the smallest of the trio with the weakest push strength but the highest Bearings Quality.

The game offers four zones within the city of Mreowfield: an empty boardwalk, suburbia where neighbors and the pug police are more aggressive, late night in the city with plenty of stairs, and on the rooftops.

Dr. Tacocat is an endless runner that starts with the push of a skateboard. The game contains “realistic” trick animations for ollies, flip tricks, four types of grinds, and four different grinds.

Players can collect various items to boost gameplay, such as tacos, hot sauce, bananas, and more. All of the items have various status effects to help Dr. Tacocat and its friends.

Since this is a casual game, there are no classes, no unlockable content, and no progression system. Players can simply start a game and start skateboarding.

Dr. Tacocat has been in development from 2017-2020. There is no additional DLC to buy, and the game offers full controller support.

Dr. Tacocat is the perfect title for players who need something to do while queuing up in other games. Dr. Tacocat also offers a quick fix of skateboarding fun, since the skateboarding game genre has been lacking in new titles in the past few years.

Dr. Tacocat is available now on PC via Steam. 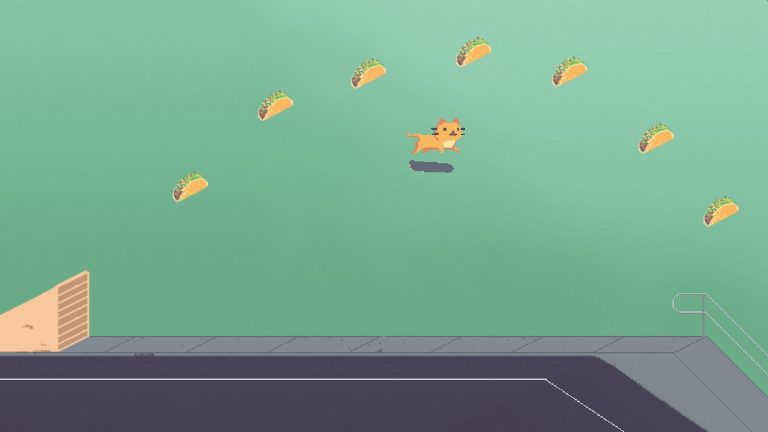 May 4, 2020 Lisa Nguyen 4560
Publisher Ok_kern and developer Jimi Demetriou have announced the release of the casual skateboarding game Dr. Tacocat. Dr. Tacocat is an endless...