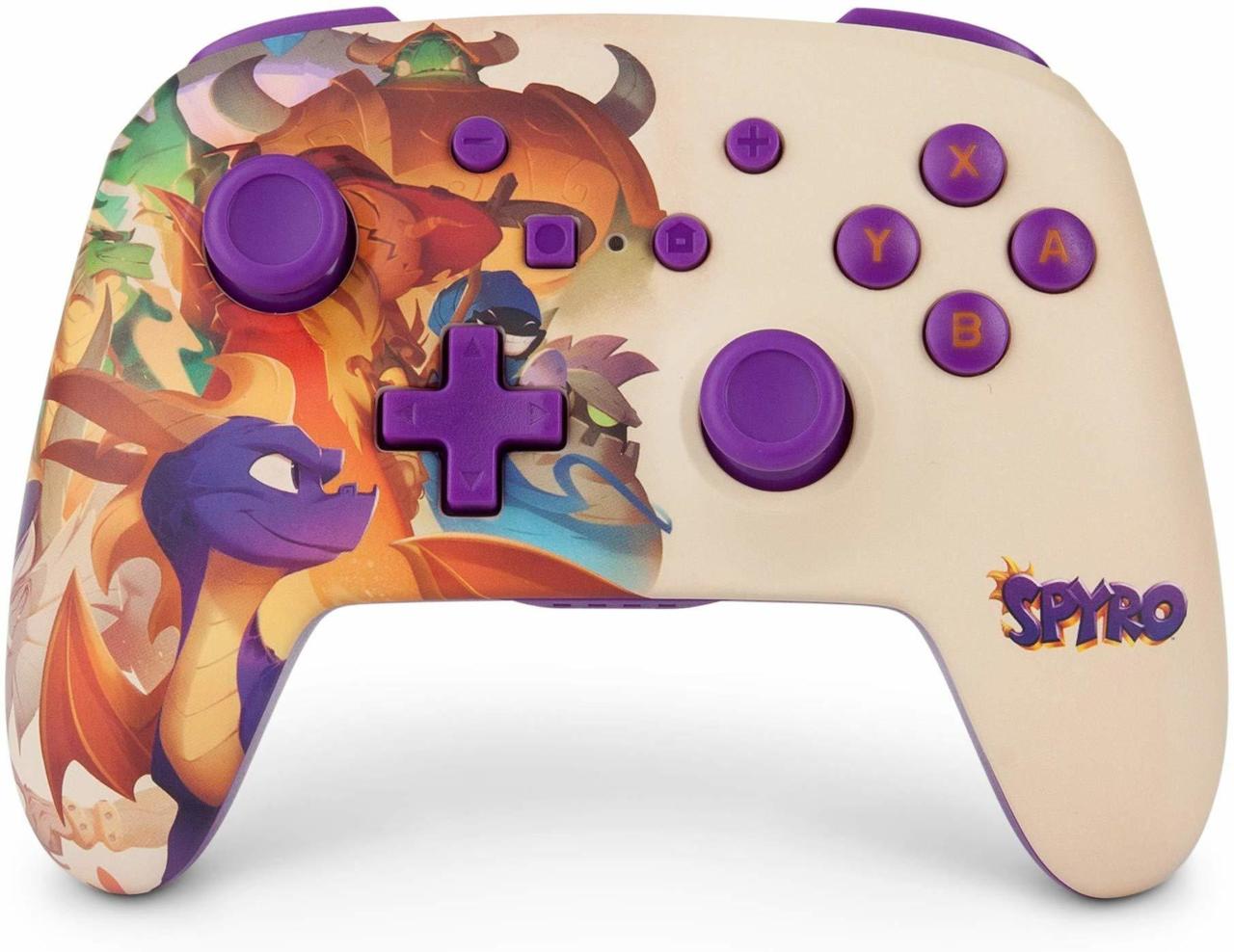 The Nintendo Switch Joy Cons are not the best in terms of utility. They are a fantastic concept and the fans much appreciate their simplicity and accessibility. But they are not comfortable when you end up playing for long durations or with challenging games. That’s why Nintendo also has pro controllers for games like Breath of the Wild or Super Mario Maker 2.

Now there will be a unique controller for the Spyro Reignited Trilogy, which has its official launch for the Nintendo Switch on September 3rd.

The latest PowerA Pro Controller is an “enhanced” option that features the wily dragon himself painted on one side. The pad is covered in Spyro artwork, is all-white with purple buttons and controller sticks, and is entirely wireless. The controller will be available on August 30th, only three days before the official release of Spyro Reignited for the Switch. So make sure to order it early if you want to play.

The controller is licensed by Nintendo and comes with the ability to map buttons (or combinations of buttons) to the twin shoulder triggers on the back of the controller. The controller also comes with motion sense and Bluetooth connectivity.

It will take two AA batteries and give players a battery life of 30 hours of gameplay. (Probably not enough to beat the entirety of Spyro Reignited, so make sure you have a few replacements handy.) The controller will not have a recharge capability, which is unfortunate. But still worth it if you’re a fan of the classic Spyro series.

The only drawbacks for the controller are the lack of rumble and NFC compatibility. Players will not be able to use the controller to scan in Amiibos for their favorite games. Bummer.

Spyro Reignited released last year, on November 13th, for PlayStation 4 and the Xbox One, which is why you might be confused about its upcoming release for the Nintendo Switch. A lot of titles often release for PS4 or Xbox well before they end up coming out for the Switch.

The original Spyro the Dragon released in 1998 for the first PlayStation. Its subsequent two titles all came out on the same console. The latest trilogy is a remastered edition celebrating twenty years of the game.

The controller will officially ship on August 30th, which is only three days before Spyro Reignited releases on September 3rd. Make sure to preorder the controller if you hope to use it while playing the game.