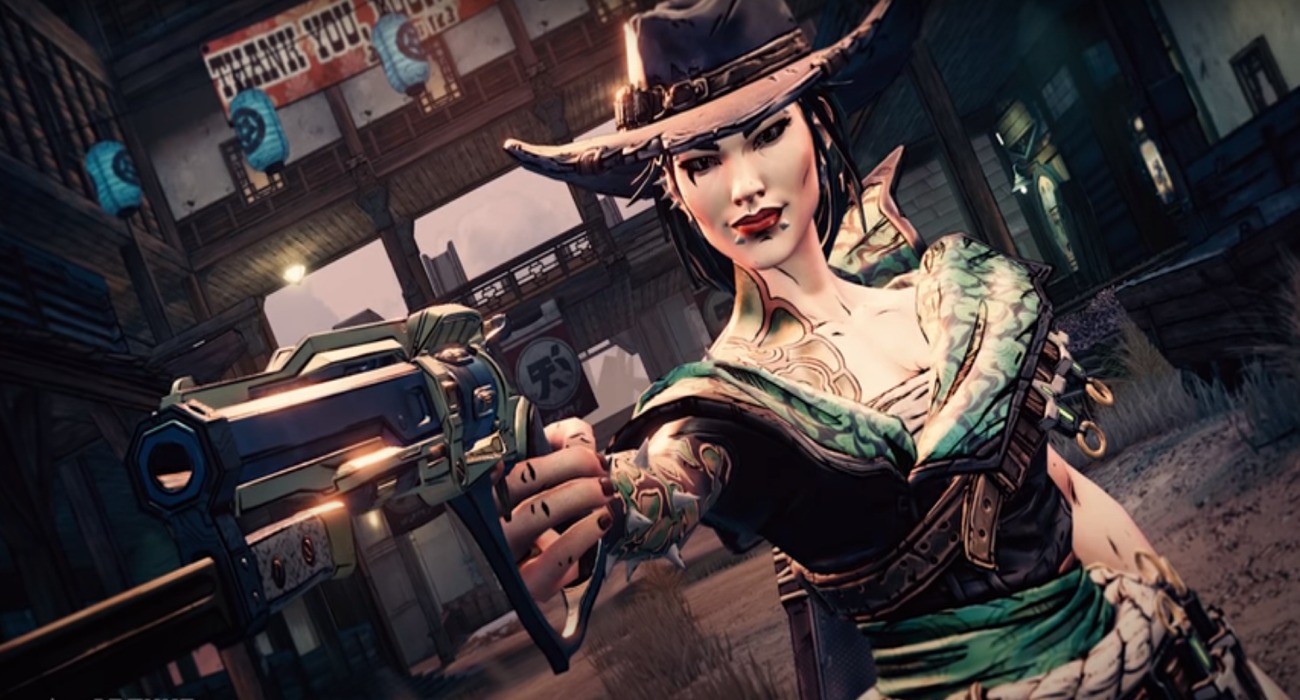 Borderlands 3 hasn’t been out for very long, but it’s already received two major expansions. It doesn’t seem like Gearbox Software has plans of stopping the content train any time soon either as they just announced a third.

Called Bounty of Blood, this expansion will be available on June 25. That’s a little over a month away, but the developer isn’t keeping any secrets about what’s in store for passionate vault hunters across the globe.

The expansion takes place on a desert planet called Gehenna. You’ll set out on an epic adventure to hunt down a notorious gang called the Devil Riders. In addition to facing them in adrenaline-pumping combat, you’ll also have to go toe to toe with their genetically modified monsters.

They pack a powerful bite so you’ll have to come correct if you hope to leave this desert planet alive and with some cool rewards.

Speaking of rewards, there seems like a lot of great items you can grab upon taking down these evil outlaws. These include room decorations and Legendary items, which should come in handy for the more difficult bosses in Borderlands 3.

The overall theme of this expansion revolves around the Old West. There’s a small town called Vestige that you’ll lend a helping hand to. Gearbox has even given you some trusty steeds to ride on, although they’re more modern and of the metal variety. They pretty much resemble hover motorcycles.

They seem like fun vehicles to use when gaining the upper hand on the Devil Riders out in open spaces, although they will probably have their own versions.

What’s also great about this upcoming expansion is there aren’t any level requirements. Even if you don’t play a lot of the game’s main story, you can still check out everything that Bounty of Blood has to offer.

Overall, this third expansion looks like a good time featuring unique content and rewards. Gearbox has done a great job at pushing Borderlands 3 even after it launched.

They’ve always been great at this and is the reason why their games have sold so well over the years. Who knows how many more expansions Borderlands 3 will see before the next installment comes out?

For players, there are always new storylines to get excited about, and of course, Legendary items to add to their collection. This third expansion is no different and it is gaining a lot of buzz ahead of its June release. Stay turned for some Western adventures.