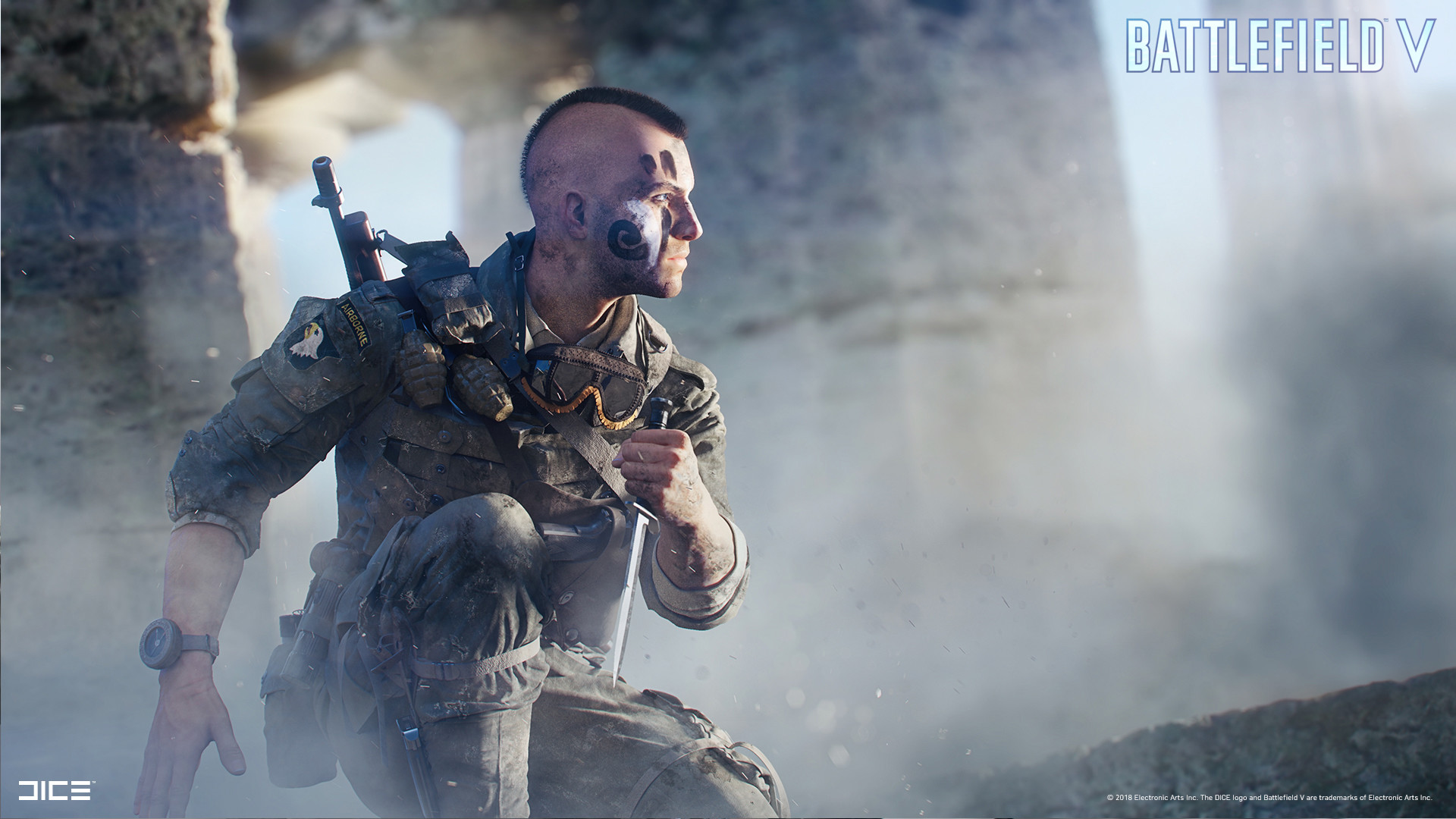 Data miners have found more details about the new U.S Elite, Jonathan McNiel. Raised in Boise, Idaho, McNiel uses his hard upbringing to tough out the training for the elite parachute regiment.

The Elite will either arrive as a small hotfix patch or as part of the offering for the final content update for Battlefield V in patch 7.0. Here are some details about the new Elite from dataminer temporyal.

Details about a new U.S. Elite Soldier in #BattlefieldV:

"Demolition expert. A member of the most notorious parachute infantry regiment. Jonathan learned the value of hard work and discipline working on his family farm before joining the army." pic.twitter.com/T7nUogfF0f

DICE announced that content support will end for Battlefield V this summer, but there is still one large patch to come. Details have been murky as of yet, although there will likely be a new map(s) and weapons added to the game.

It has also been confirmed that new vehicles and customisation will arrive, as well as plethora of bug fixes and quality of life changes. However, there will be no new fronts of war – no Eastern front or the inclusion of the French or Italian armies, for example.

The Elites have been a point of contention for fans – some love changing up their characters unique appearance, whereas others have found some of the Elites (particularly from the US) pretty untasteful.

Only a few weeks ago, Steve Fisher was released days after it was announced content support would end. The Elite character would cost 10 dollars, was dressed as a WW2 Tom Cruise from Top Gun, and many fans of the franchise saw it as a kick in the teeth from DICE and EA.

From the first glimpse of Jonathan McNiel, datamined by temporyal and others, the character seems to be a bit grittier than the sunglass-wearing Steve Fisher. The image below is not a confirmed image of the new Elite, although the Airbone patch and grenades suggest it might be Jonathan.

This may well be the final US Elite to be added to the game and the reaction is mixed. Some will be glad to see the back of Battlefield V, a game that has failed to prove itself as a Live Service Title, and others will be disappointed that more was not added to the game.

The final update arrives in June and appears to add quite a lot to the game, with new weapons, equipment and vehicles leaked. It could well be a fitting send-off to a game that has had a rough lifecycle.

New Information And An Adorable Trailer Has Been Released For Snacko, An Adorable Farming Simulator