Assassin’s Creed: Black Flag And Rogue Officially Make Their Way To Switch In The Rebel Collection 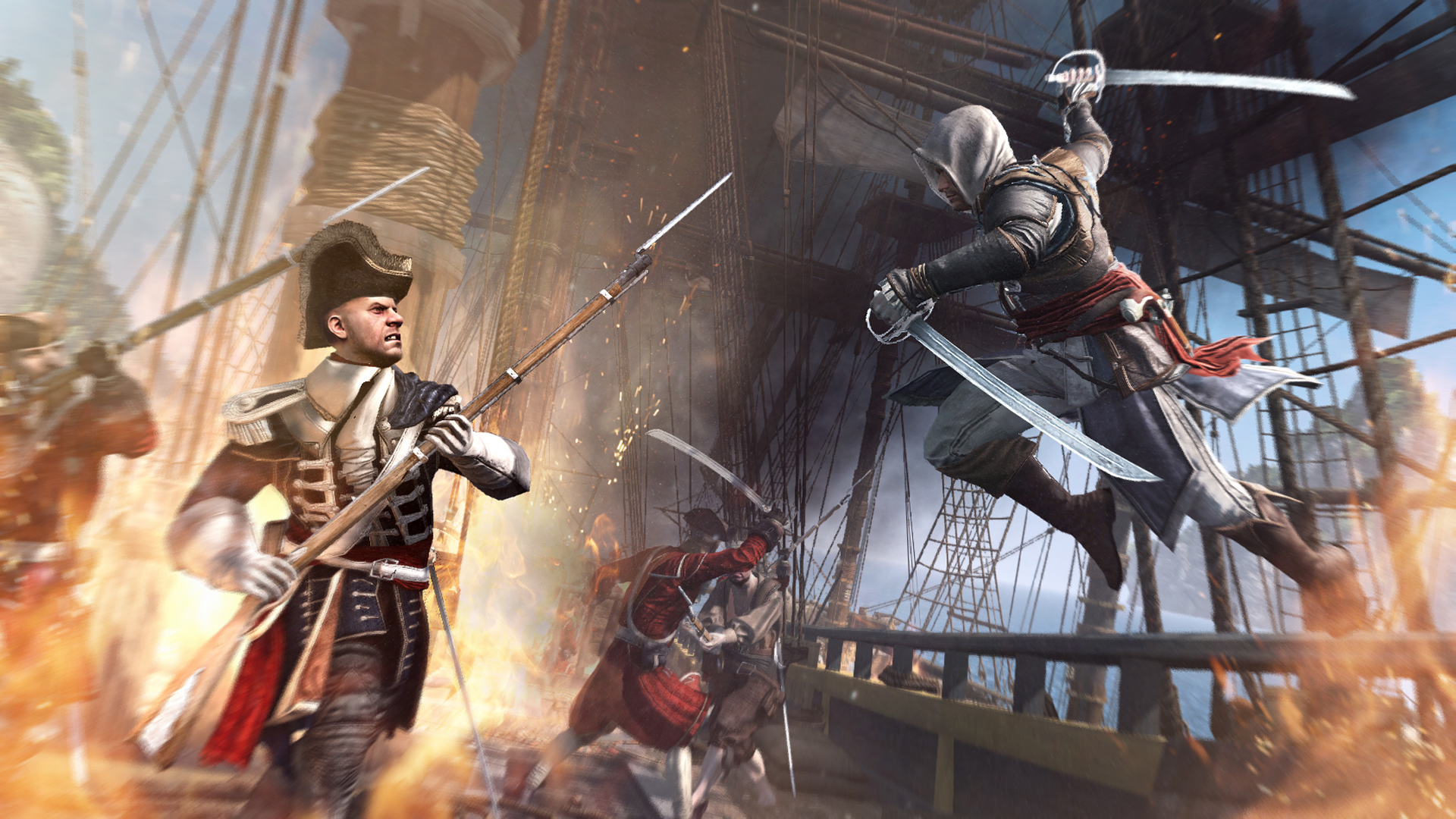 Back in September, rumors started swirling about two Assassin’s Creed games coming to the Nintendo Switch, thanks to listings posted on The Console Club website. Both Assassin’s Creed IV: Black Flag and Assassin’s Creed Rogue Remastered were listed on their inventory page before being quickly taken down. This is the Internet, however, so of course screenshots were taken and of course, they were posted on social media.

It turns out the postings weren’t in error and The Console Club did indeed let the cat out of the bag, as Nintendo confirmed as much in their 2019 Nintendo Direct conference that same month. Now Assassin’s Creed: The Rebel Collection is out and Switch owners can swashbuckle to their hearts’ content.

Assassin’s Creed IV: Black Flag was released in 2013 to excellent reviews that praised the new direction the franchise took. It introduced the seafaring gameplay that plays a large part in the series to date, along with lead assassin and pirate extraordinaire Edward Kenway, father to the protagonists of Assassin’s Creed III. Black Flag was considered a welcome return to form after its poorly received predecessor and is still considered one of the strongest entries in the franchise.

Unfortunately, the same can’t be said for Assassin’s Creed: Rogue. Developed and released not long after Black Flag, it put the players in the shoes of a Templar, a twist that was praised among reviewers. They also liked the story (for the most part) and how the game tied up loose ends left in the third and fourth games.

However, the game was heavily criticized for being something of a clone of Black Flag, no doubt the result of it being developed right after. And despite reviewers’ appreciation of the Templar switch-up, it also meant that players had to inhabit an unlikeable character, making him a questionable protagonist.

Still, Rogue didn’t suffer terrible reviews and is certainly worth a playthrough if someone drops the affordable $40 on the bundle. Many would argue that Black Flag is worth the $40 alone, though you can get the game much cheaper nowadays if bought by itself. In defense of the bundle, however, you’ll also get all the single-player DLC content that was released for both games, some of which offer a substantial amount of gameplay.

It’s like taking the good with the bad, though you’re taking the excellent with the mediocre, and that isn’t a bad deal at all.