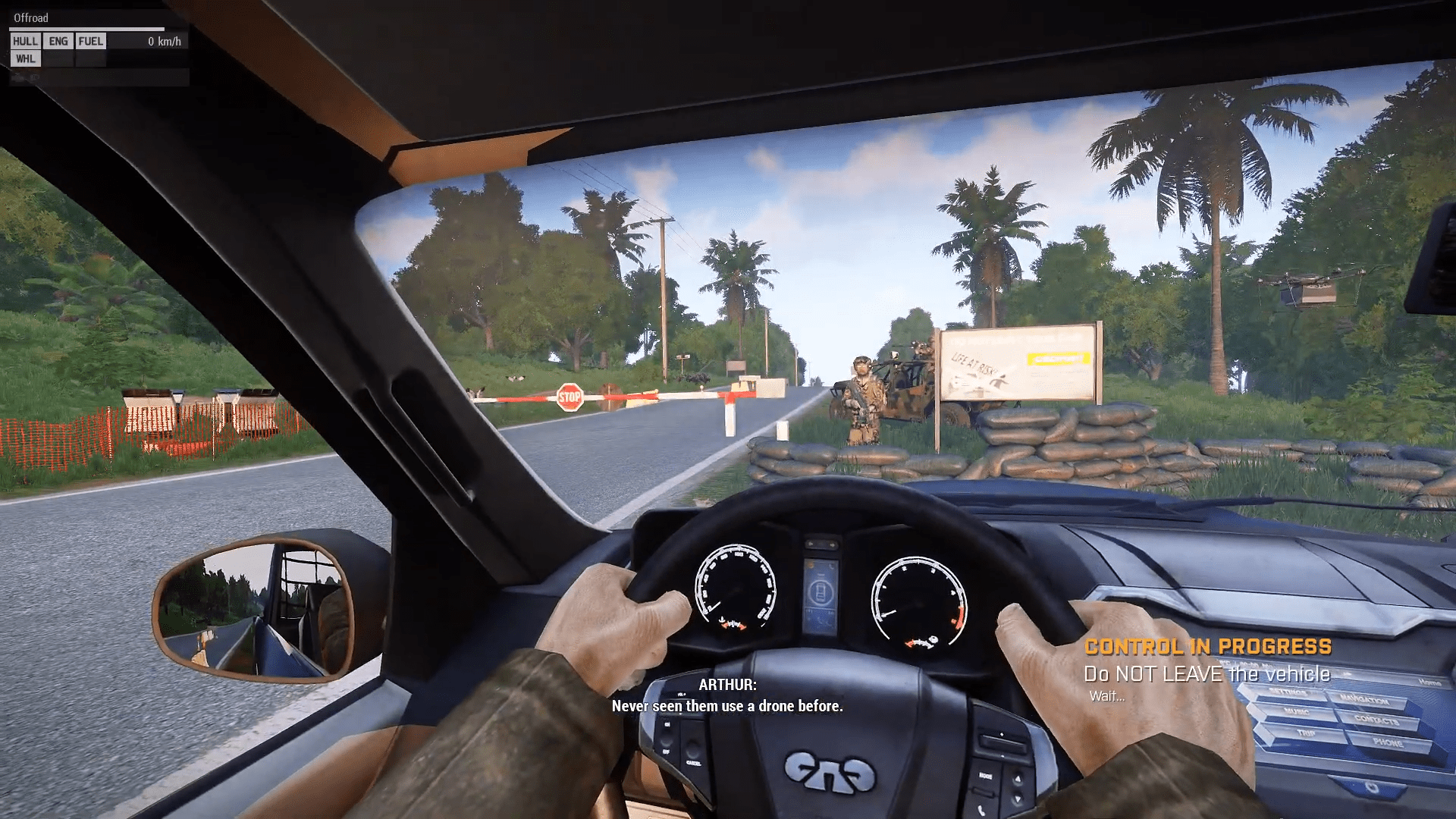 Arma 3 developers have just dropped a massive bomb that hasn’t even been teased, and it is beyond a scrumptious holiday tiding for veterans of the franchise.  Arma 3 developers have been at work in a mod called Old Man that placed players in an open-world single-player campaign, attempting to figure out if there’s tomfoolery afoot in the jungles of Tanoa.  The mod itself is free, but requires access to Tanoa; thus, only Arma 3 owners with Arma 3 Apex DLC can explore this surprise campaign.

Also worth noting that this is a beta that Bohemia Interactive have released, and there are some warts that are prevalent in the campaign that you’ll have to circumnavigate.  The majority of unique commands cannot be rebound, and only currently appear in-game as ‘CONTROL1′ or CONTROL2’.  For tasks that require this, you can open your map and navigate to the top left of your screen, giving you access to all mechanics specific to this mod.

Just before heading into the winter holiday break, our developers still have one surprise for you in store: the beta version of the #Arma3Apex: Old Man open-world singleplayer scenario is now available on the Steam Workshop! More intel: https://t.co/sAozOvHjVW pic.twitter.com/f96ly05VpY

Finally, Old Man is part of Bohemia Interactive’s ‘Bohemia Incubator’, where Bohemia releases projects and ideas to the public to both gain experience within the development studio, and to gauge public interest in design ideas.  They currently plan on adding Old Man as an official scenario sometime in 2020.

With all of that out of the way, let’s explore what this scenario brings to the table.  First, we’re looking at a pretty dynamic world that takes delicious advantage of Arma 3‘s impeccable bullet physics.  All of the ballistics and trajectories that fans of the franchise know and love, along with an easy skill transfer to those who have operated the featured weaponry in the real world.

As expected of the franchise, the weapons operate precisely how one would expect them to, with various calibers bringing their own unique characteristics to bear.

Beyond the arsenal already found in Arma 3 and Apex, Old Man brings a static M2 .50 Cal to bear, in all of its clanky glory of destruction that feels surprisingly like the real deal in its ability to delete anything it fires at.  Many new assets are also brought to the table, with decals, berets, new uniforms, and malaria-infected civilians.  Quality of life features have also been added (a rarity for the franchise) with the ability to skip time and fast traveling offered to the player.

Playing as a retired Legionnaire in the South Pacific, a new strain of malaria hits the island causing a crisis.  Local authorities fail to administer help to the civilian populace, and everything goes south from there.  With a heavy CSAT presence butting heads with a new political rebel group, the titular Old Man works with an old military friend to attempt to unravel the dystopic plot at the heart of the catastrophe.

How you accomplish anything is up to you; stealth, guns blazing, explosives, and a heavy variety of vehicles are all at your selective disposal.  Land, air, and sea-faring vehicles are all ready to be used by your (hopefully) capable hands.

Just remember that this isn’t your standard arcade shooter; enemies shoot back once they know where you are, and their bullets can kill you as easily as you can kill them.

Note: As is the case with Arma 3, the firefights can be rather unsettling for veterans with combat experience.  Be mindful of both your environment and mental wellbeing. 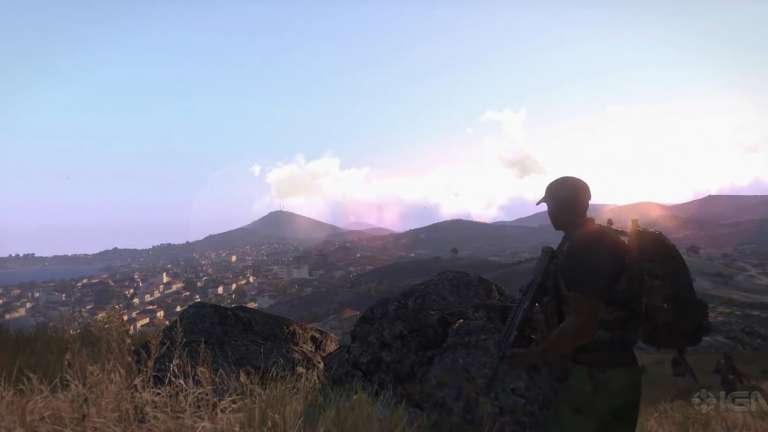 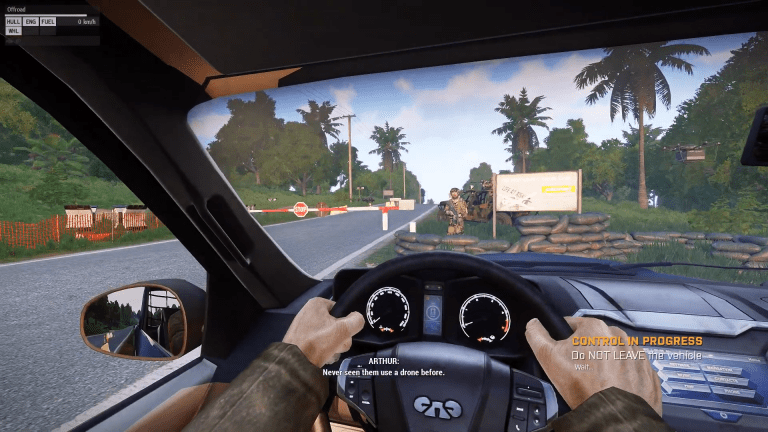 Dec 18, 2019 Chris Miller 17970
Arma 3 developers have just dropped a massive bomb that hasn't even been teased, and it is beyond a scrumptious holiday tiding for veterans of the... 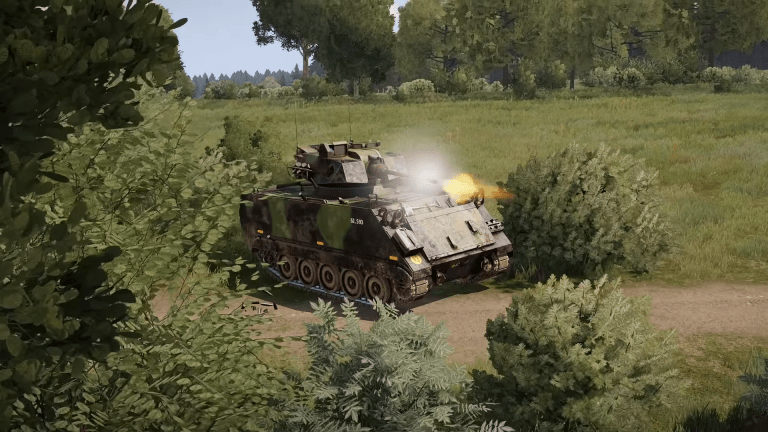 Nov 30, 2019 Chris Miller 22780
Arma 3 stays at the forefront of military simulation, with bafflingly realistic ballistics, true-to-life load-outs and equipment, and a horrifyingly...