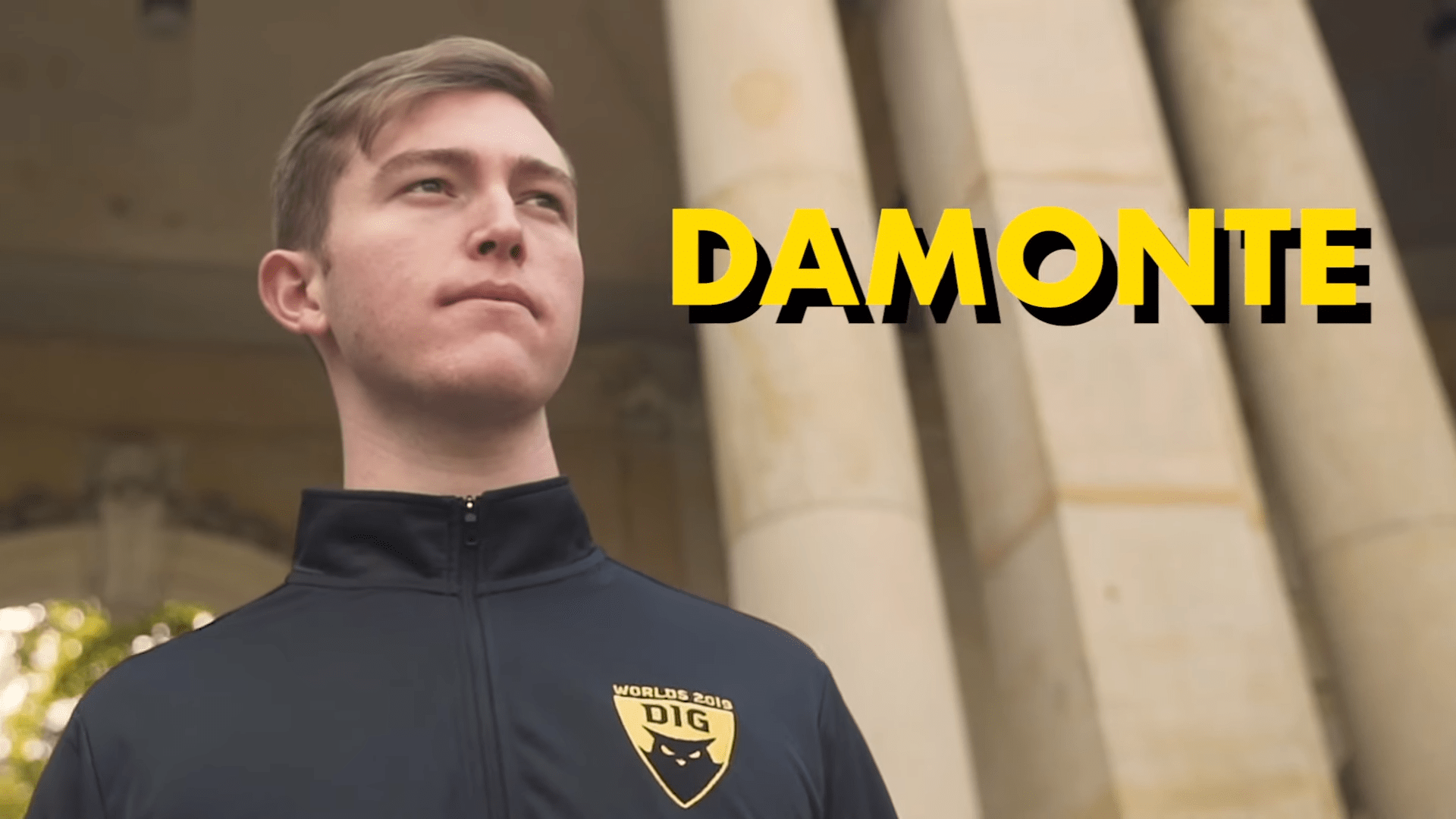 On November 18, when the Free Agency period started, Damonte announced that he would be looking to explore other opportunities due to Dignitas not wanting to use the 2nd year contract clause.

One month later, Dignitas announces that they acquired Froggen from Golden Guardians, and Damonte’s fate was unknown. For more information about the acquisition and latest roster, visit our recently published article here.

Damonte began his career in 2015 by playing for short periods for different organizations. From January 2015 till November 2018, he went through 16 different teams. His stay for them was not extended due to them disbanding after failing to qualify for tournaments or players departing to other organizations.

In November 2018, Damonte’s career turned around when he started playing for Clutch Gaming. The roster of Huni/Lira/Damonte/Cody Sun/Vulcan started LCS Spring 2019 with the left foot, ending 9th in the regular Spring season.

In Summer Split the team turned it around, each player stepped up massively, which allowed them to finish 5th in the regular Summer Season and have enough championship points to qualify for the Regional Finals in case they would not win the Playoffs.

The team played phenomenally in Summer Playoffs but fell short against Counter Logic Gaming and lost 2-3 to them. Their second opportunity arose in Regional Gauntlet for the last World Championship spot. While the team had close games going into the Regional Finals, the closest match was the bo5 against Team Solo Mid, which would send only one side as NA’s 3rd seed to the World Championship.

A misplay by Zven in game five gave a ticket to Clutch Gaming to the World Championship. While the team made a name for themselves in the LCS, they were placed in the Qualifier for Worlds Championship against minor regions. They almost got knocked out of Worlds Competition by Unicorns of Love, the ex-EU LCS organization, which was denied a spot in the franchised LEC and joined the Russian LCL.

The match against Unicorns of Love exposed a lot of weaknesses of Clutch Gaming, and the analysts predicted them to fall out of Worlds Groups quite easily. The team was not favored by being placed in a group of death with SKT/FNC/RNG. Due to 3 contenders to the throne, they were unable to pick up a single win and were sent home with a disappointing 0-6 score.

After Worlds Championship, the organization rebranded from Clutch Gaming to Dignitas, and Damonte announced a free agency after the new organization didn’t renew his contract. With no news about his next team, the community thought that Damonte would no longer have an LCS or Academy team for the upcoming season.

Dignitas has surprised everyone yesterday by resigning Damonte, most likely for the Academy league since they already signed Froggen for the main roster. It is highly unlikely that Damonte will

Sep 22, 2020 Chris Miller 16310
The match-fixing scandal that has, or is, plaguing Counter-Strike: Global Offensive is likely coming to a head, regardless of whether those indicted...

Sep 17, 2020 Chris Miller 9260
Here's a shocking statement: the professional scene for Counter-Strike: Global Offensive is on fire at the moment. Top-seeded teams fall first in...