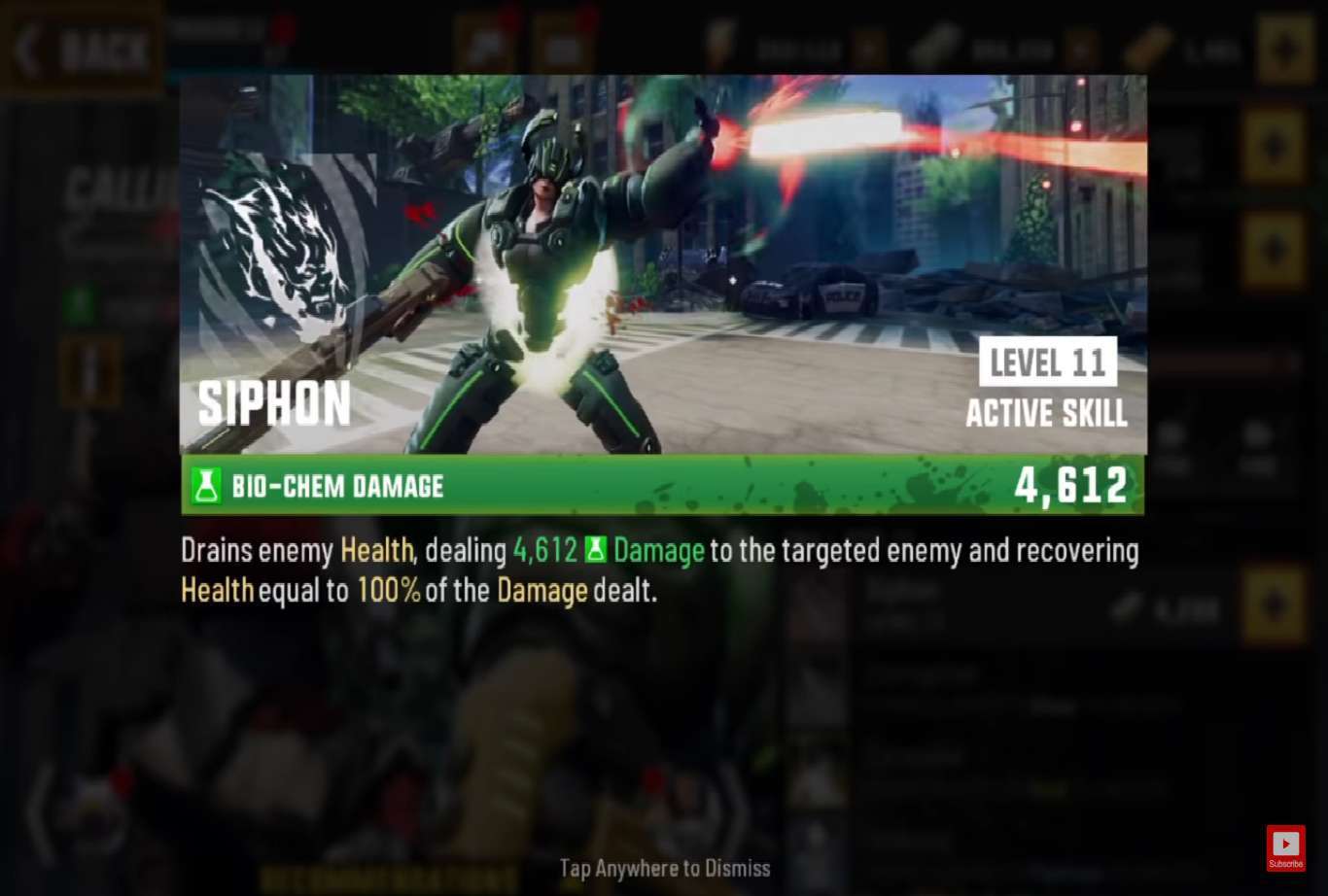 As a constantly updating mobile experience, Hero Hunters continues to release new content to the players. And with update 2.9, the game is now ready for Christmas.

The first thing in this new update’s patch notes it the new Hero Klayton.  Klayton was a Fierce Strongman competitor before Zero Day. After losing his arms in a freak Heronium Surge, Klayton underwent extensive cybernetic augmentation. He’s now the owner of “Filthy”, the go-to bar for members of the People’s Guard.

The People’s Guard was born from an uneasy alliance of organized crime in direct response to KLG, the enemy faction, powers. They constantly clash with KLG Black Ops to maintain control over territory for protection money.

Klayton is a Frontline Hero, meaning he’s there to soak up damage from enemies. His abilities force enemies to attack him, and a charge ability that deals damage to the enemy, and stunning them for five seconds. This makes Klayton a great tank.

The Winter Scavenger Hunt is an event that has players searching through levels to find presents. These presents will earn Holiday Tokens, which can be used in the Holiday Store to earn prizes.

These Presents have a number of prizes in them, which includes, but are not limited to, Nightingale’s “Silent Night” skin, Elemental Fragments, Stamina, Cash, and skins for other characters.

The final event is Mina’s Holiday Danger Sim. This event is a way to facilitate the Winter Scavenger Hunt, as it has players hunt for “Savage Claus” to earn Holiday Tokens. Players will need to make their way through waves of enemies, earning Holiday Tokens as they defeat waves.

There are also some general updates added to the game. In terms of Hero Crates, an item that costs gold bars, the hero Alvarez has been added to them.

the PVP store has been updated to feature Fischer and Sapphyr for December and Cinder and Wesson for January.

The Gauntlet Store Features Steel for December and Hivemind for January.

And with the Hard Mode Fragments, Ghoul will replace Operator in District 5, Keel replaces Halloway in Districts 6,7 and 8, Hardscope replaces Maven in District 9, and Gammond replaces Bucket in District 13.

They’ve also made some changes to the 4-Cep, with some minor tweaks to this character.

Hero Hunters is definitely prepared for the holidays. Players will definitely want to update their game as soon as possible to take part in these coming events.