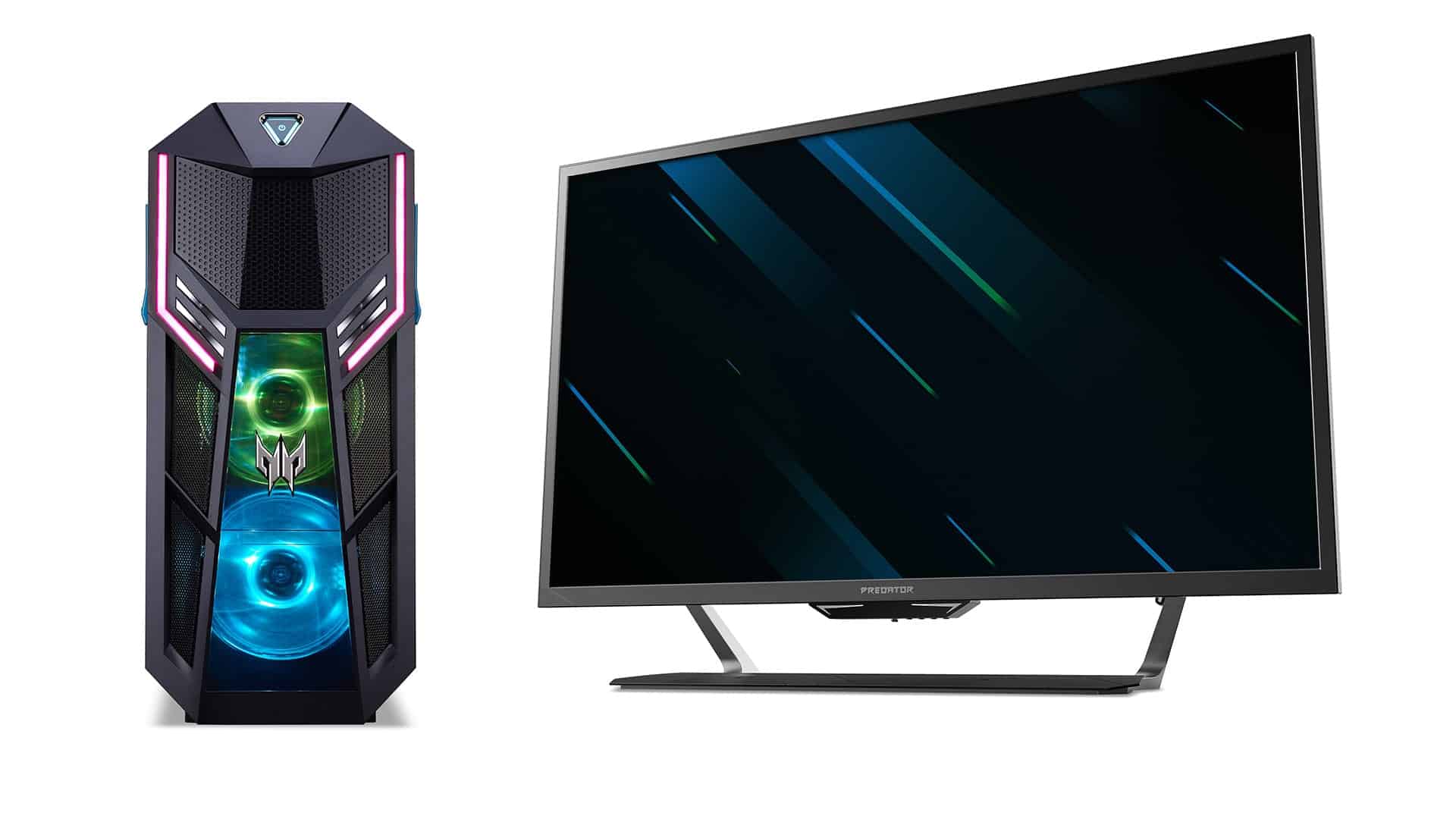 There’s a New York press event recently and Jason Chen, Acer’s CEO has spoken on stage about its new gaming monitor, which is known as the Predator CG437K P.

Chen said the monitor really looks big and he’s not hyping the product because it really is a huge 43-inch display and it’s an LFGD or large format gaming display. This monitor is designed for gamers to enjoy. Players will definitely have fun gaming hours with it because it has a quick 144Hz refresh rate and it has a 4K resolution.

The monitor should not be confused with the big format gaming displays from NVidia because their BFGDs are more massive. These NVidia monitors are 65-inches, and they have G-Sync support.

However, this new display from Acer is still big in comparison to the other monitors offered in the market today. The display is so huge, and it might be absurd for it to be labeled as television, and it is built to play games, so there’s no built-in tuner.

Those who yearn for a huge enough gaming monitor can check this new merchandise from Acer. Those who are doubtful with NVidia’s 65-inch display can opt for Acer’s product instead.

The display monitor preference will also depend on a user’s space availability. A 65-inch display really looks good for gaming but some people don’t have a huge table or wall for it.

The Predator’s VA panel can handle HDR visuals. What’s important is it can hit 1,0000 nits so it can justify the ability of the display to handle HDR. The pixels will be properly illuminated. Lower-end HDR monitors can only peak at 400 nits.

The CG437K P doesn’t have a G-Sync module but it has adaptive sync display, and it might be compatible with G-sync through that.

Right now, Acer’s new monitor isn’t part of the list of monitors that can handle G-Sync. NVidia might haven’t tested the product yet.

Even if the Predator doesn’t pass the test, users can still try their fortune because they can enable G-Sync manually. It’s practical for users to analyze upcoming reviews so they can determine how it really works.

There are three connectivity options for the Predator CG437K P, and they are the Type-C port, DisplayPort, and HDMI. This monitor is generous when it comes to port selection because it is pitching the merchandise to hardcore console and PC gamers.