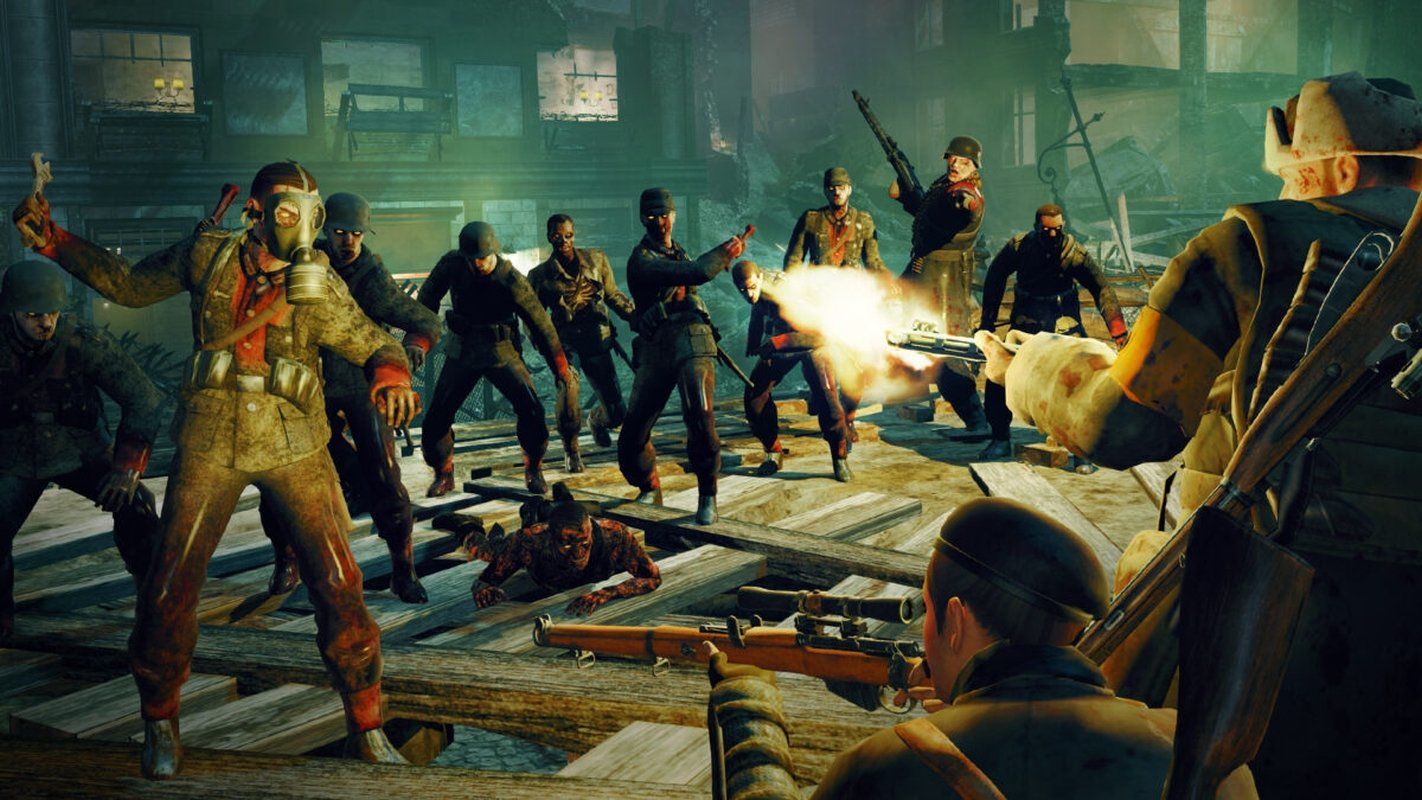 Rebellion has announced that Zombie Army Trilogy is coming to the Nintendo Switch. The title is a spin-off of the Sniper Elite series but adds monstrous enemies.

Zombie Army Trilogy was previously released on PC, PlayStation 4, and Xbox One in March 2015.

“In the dying flames of World War II, Hitler has unleashed one final, unholy gamble – a legion of undead super soldiers that threatens to overwhelm the whole of Europe. Fight alone or team up to save humanity from the zombie menace in this apocalyptic third-person shooter!” states the Steam store summary.

The Zombie Army Trilogy offers three campaign modes and fifteen missions for either solo or multiplayer missions. There are 16 total playable characters, including all eight survivors from the Left 4 Dead series. With so many characters to choose from, there are many ways to play and enjoy the game.

The Nintendo Switch version will have some additional benefits. It comes with everything previously released on consoles. There are also “brand new features” that the developer has yet to reveal, but may utilize the Switch’s portable hardware like HD Rumble and more. The Switch port will have 2-4 player local and wireless multiplayer, plus Switch friend invites.

It’s currently unknown if the game will support cross-play between platforms. Players who already own the title on another platform will likely have to buy the Nintendo Switch version for a different experience.

Rebellion only recently announced Zombie Army 4. it’s unknown if they plan to port it to the Nintendo Switch in the future. In the game, players will once again fight Hitler’s hordes in a brand new campaign. There’s also gameplay improvements and an added Horde mode. It is not included with the trilogy pack but will be available on February 4, 2020.

Sold Out also announced they are partnering with Rebellion to publish the physical release of Zombie Army Trilogy. Since the news was just announced, there’s currently no word on a Collector’s Edition or any other bonus content.

More information regarding the Nintendo Switch release will be announced closer to launch next year. Rebellion suggested following their official social media accounts to stay up-to-date with any announcements.

The official release date for the Zombie Army Trilogy Nintendo Switch version has not yet been announced but is expected for early 2020.