Xbox One To Get Huge UI Update, Bringing A Bunch Of New Changes And Features 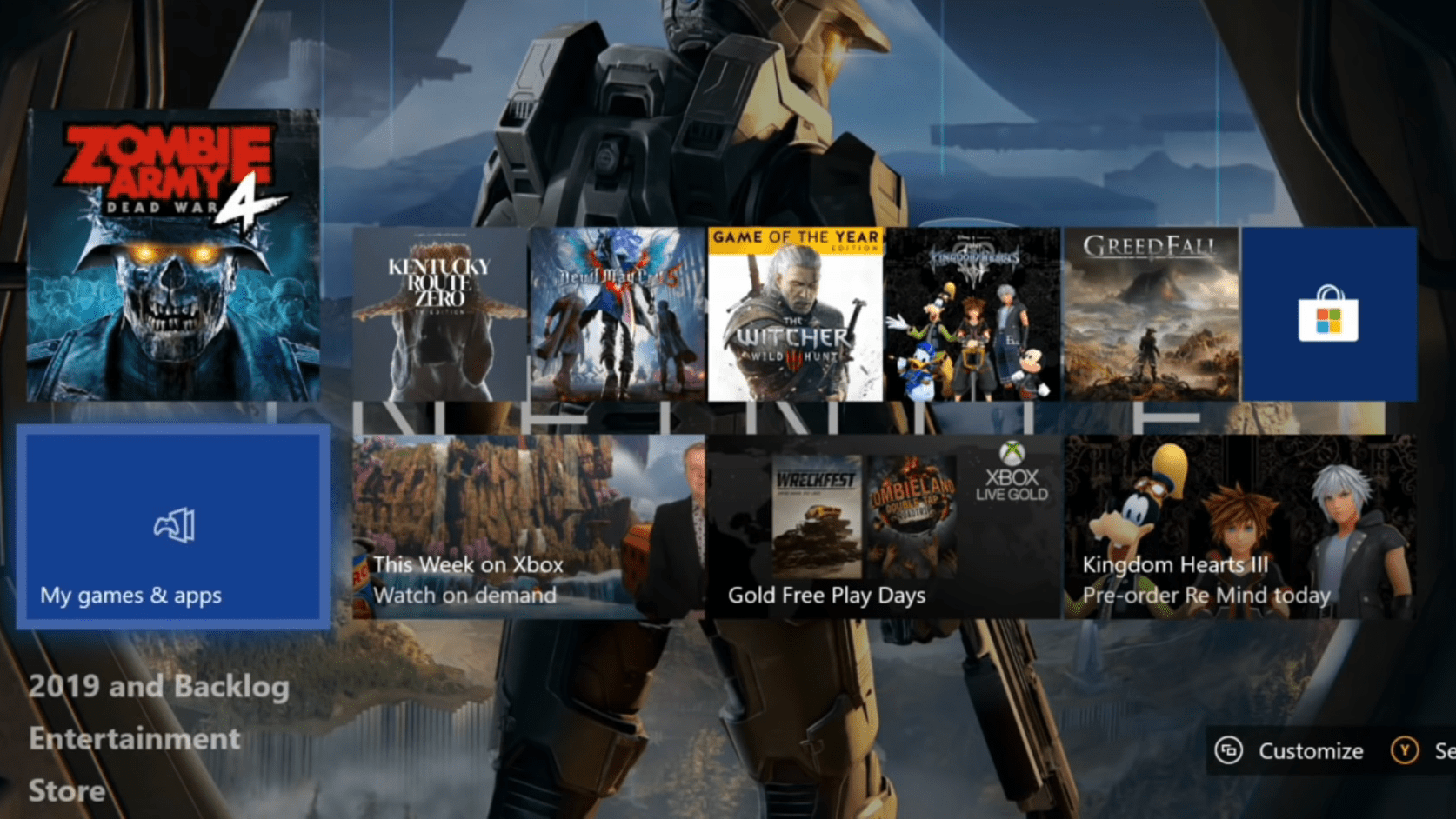 It appears that Microsoft is getting ready to launch a huge update for the Xbox One, bringing with it a brand-new refresh of the system’s UI.

If you’re an Xbox One Insider, you may already have a sneak peek and the new user interface coming to the console. There are a number of notable new features and improvements, making the UI much more user-friendly and even more customizable.

Based on videos released by Xbox Insiders, the biggest change is the absence of the entire top row of tabs, which previously led you to your home screen, Xbox Game Pass, Mixer, and the Microsoft Store. Instead, the home screen is becoming a more streamlined experience, with your most-played applications taking center stage. In this same view, you can find banners for Xbox advertisements, which will feature Mixer ads, achievement progress, and more.

Everything is now arranged into a series of rows that you navigate by simply scrolling through them. This is now how you’ll find Mixer content, Xbox Game Pass games, as well rows for your games that will highlight more information about them. The game rows will show you achievements, community features, and so on.

These new rows make it easier to navigate certain features, like the Microsoft Store and Xbox Game Pass. For instance, the store row will feature new games and the latest deals right up front, rather than going through multiple menus to find them. Xbox Game Pass will also show you more information at a glance with recommended releases taking center stage, and adding tiles for the newly released Game Pass content.

The best part is that all of this is customizable. You add rows, remove rows, and rearrange the order in which you view your content, making it a more personalized experience for the user. Of course, you can still edit background colors and images. As far as customization, you can now also choose where you want Xbox notifications to pop up, selecting from a variety of screen locations.

The “My Games and Apps” area is now less cluttered as well. Rather than showing you literally every single thing that you own, which can make navigation a bit of a hassle, only the installed games and apps will appear in your main categories. If you’d like to view everything that you own, you can scroll down to the “Full Library” option to do so.

The new update is also adding a new feature to Xbox messaging. You can now finally view pictures and gifs from the built-in messaging app, rather than only being able to access them through your phone or PC. It’s a simple addition, but something that Xbox players have been wanting for quite some time.

All-in-all, it’s a pretty big update for the console. There are a bunch of little changes and features not mentioned here, all of which are meant to help streamline the overall user experience. So far, however, these changes are only available to certain Xbox Insiders, and there is no telling when the rest of us will be able to get the update.