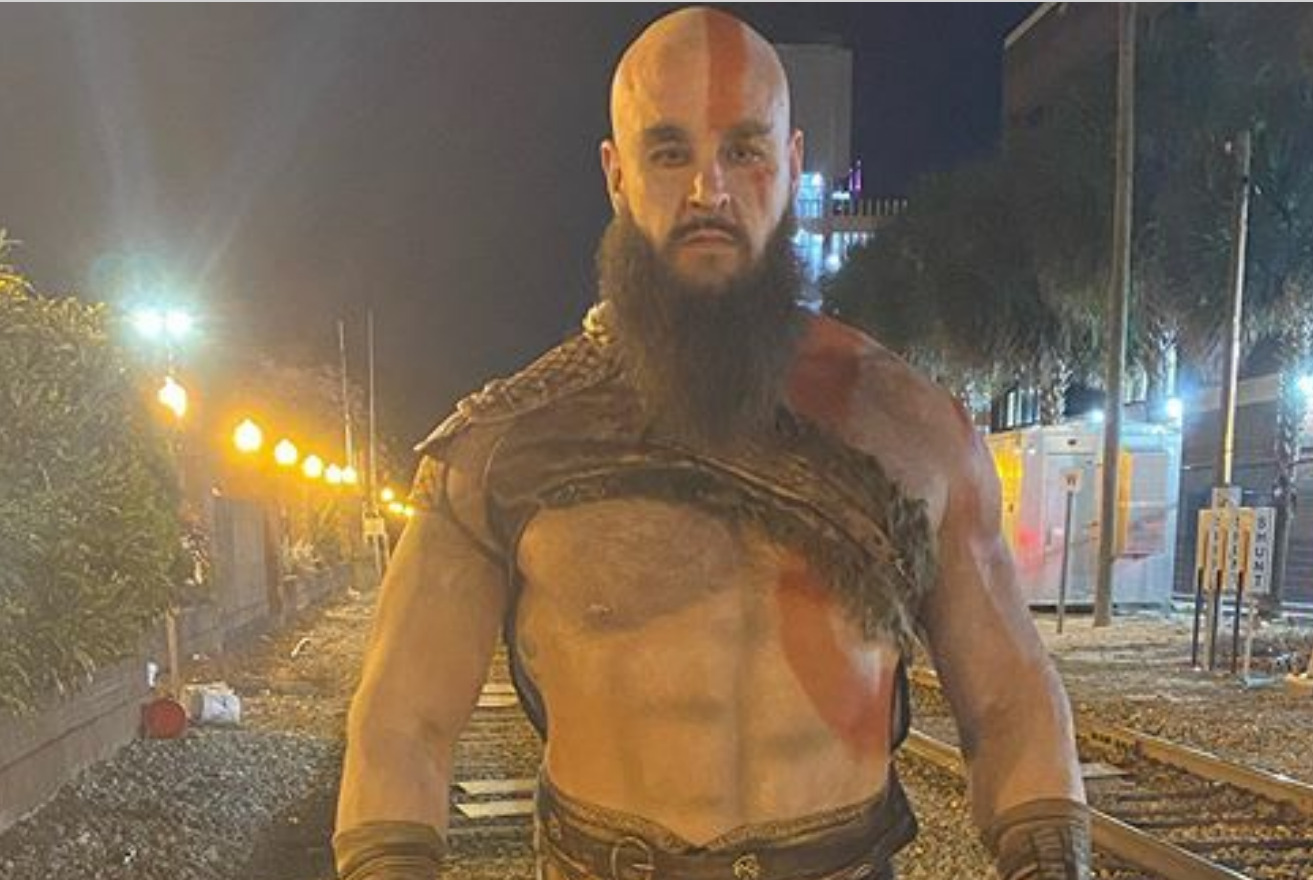 With rumors flying around that we might end up seeing a live action Netflix series based on God of War, a lot of people are tossing around their dream casting choices.

Two men who have always been in the conversation regarding a live action Kratos, the main protagonist for God of War, are Dwayne “The Rock” Johnson, and Dave Bautista, both of whom are former WWE Superstars.

However, a current WWE Superstar got a lot of people talking this Halloween with an impressive Kratos costume. That person was The Monster Among Men, Braun Strowman. 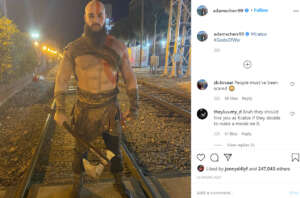 RELATED: Valve Delays Steam Game Festival With No Explanation As To Why

He is a massive human being marked by a trademark bald head and large beard, much like Kratos in his most recent appearance in 2018’s franchise redefining God of War for the PlayStation 4.

The Monster Among Men shared the image of himself as Kratos from that game, complete with a Leviathan Axe, which is Kratos’s main weapon throughout the adventure.

Strowman has had a huge year in the WWE throughout 2020. He captured the WWE Universal Champion, defeating Hall of Famer Bill Goldberg at WrestleMania 36. He would then feud with The Fiend Bray Wyatt over the championship for several months.

Strowman was recently moved to WWE Monday Night RAW from Smackdown as a result of a recent draft of Superstars. He has spent his time there feuding with recent NXT call-up Keith Lee.

God of War was recently named the number one game of this console generation by Press Start Australia, beating out a number of other legendary titles like Marvel’s Spider-Man and The Last of Us: Part 2.

Press Start cited the massive set pieces and heartwarming story as part of the reason why this game was deemed the best of the best.

It makes sense, as God of War took Kratos, who had always been a very one dimensional hack and slash character, and completely redefined him into an older and more tired version of the monster we came to know and love since the first game released on the PlayStation 2 in 2005.

This version of Kratos resonated with fans of the franchise both old and new, and became a soft reboot of sorts, wherein the established story still stands, but new players can jump on here with no issues.

RELATED: Google Play's Best Games Of 2019 Have Been Revealed, Including Users' Choice And Best Competitive Games

The God of War team will be coming out with a sequel on the PlayStation 5 that is rumored to be called God of War: Ragnarok in 2021.

Mass Effect Voice Actors Are Reuniting On N7 Day. Will We Finally See An Announcement For The The Trilogy's Re-Release?

Nov 1, 2020 Kevin J. Kessler 14510
With rumors flying around that we might end up seeing a live action Netflix series based on God of War, a lot of people are tossing around their...

Nov 1, 2020 Kevin J. Kessler 5190
God of War has received a lot of accolades since its release back in 2018. It quickly rose up the ranks of PlayStation 4 exclusives, solidifying...