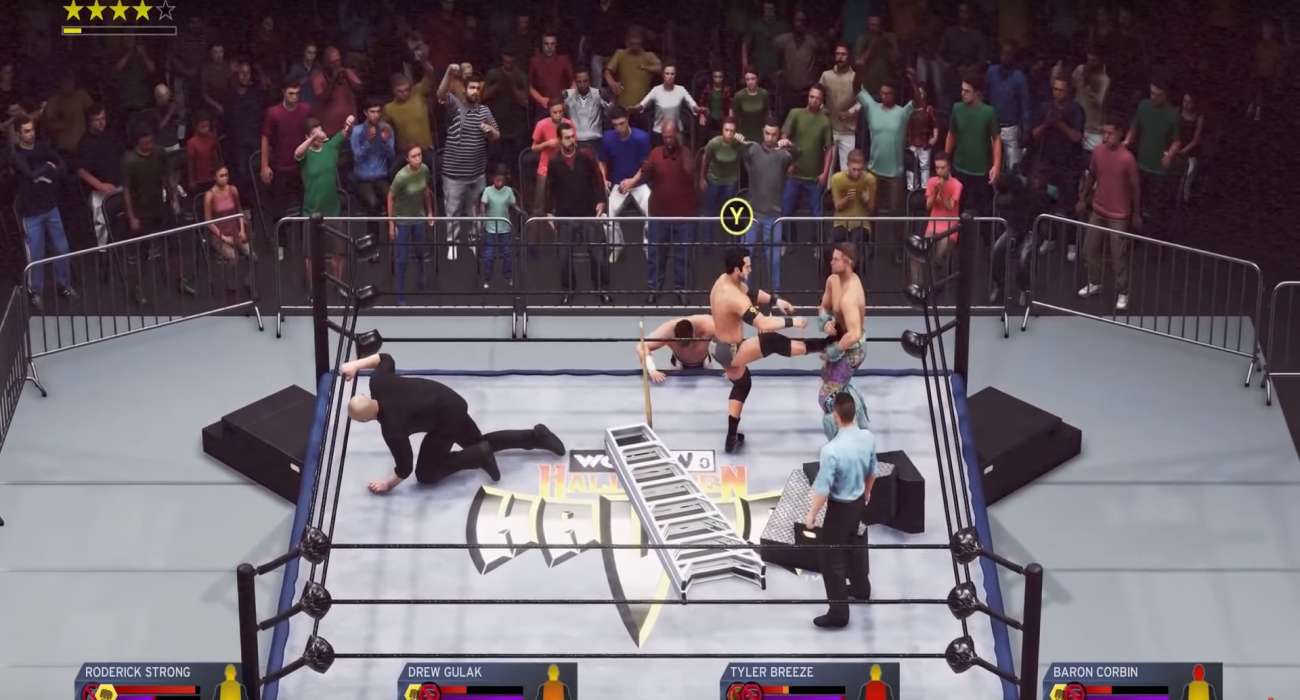 There were a lot of games that unfortunately missed the mark in 2019. One of those games was WWE 2K20. These games have been around for a long time and usually are beloved by fans of professional wrestling. However, this latest installment released with a bevvy of issues. You’ve probably seen gifs and clips showing some of the bizarre animations gamers have captured of their wrestlers in action.

Every game has problems at launch, and it’s clear, WWE 2K20 is no exception. That doesn’t mean the developer Visual Concepts is just going to give up on the title completely. They know fans care about the series, which is why they just put out a major update. It’s intended to fix a lot of bugs and performance issues that have been present since launch.

It’s currently available on the PS4, Xbox One, and PC. The publisher — 2K Sports — spoke on these upgrades. A lot of them are intended to reduce the amount of crashes. They have been a consistent issue for gamers on almost every platform. As you can imagine, they’ve caused a lot of users to get frustrated. Right when they’re in the middle of a heated match with their favorite wrestler, the game cuts off completely.

As far as the performance changes, the strike aiming and dash attacks have been updated. The goal here is to make these wrestling matches as realistic and smooth as possible. The six-man matches and parts of Wrestlemania also received a lot of attention from the developers during this latest round of changes.

Can this update improve WWE 2K20 and can the developers restore some good faith with its loyal fanbase? That remains to be seen. These improvements haven’t been out for very long so it may take a little more time to gauge the reaction from the community.

It is nice seeing Visual Concepts not sitting idly by as their game continues to cause problems. They want this wrestling simulator to be as good as it can be, even if they means putting in more hours to make the necessary refinements.

As 2020 draws nearer, you can bet more updates will be coming to WWE 2K20. If Visual Concepts is to be successful, they’ll have to continually monitor feedback from the community.

They need to listen and learn from past mistakes. Hopefully, everything gets sorted out and fans still have a fantastic wrestling game to look forward to. The series’ future is hanging on a string, so the developers will need to come out in 2020 swinging.

Dec 27, 2020 Aaron Hans 8310
Over the next few weeks, this year's WWE 2K game, subtitled Battlegrounds, will get weekly roster updates that'll add a mix of current stars and...

Nov 13, 2020 Aaron Hans 12840
Both Microsoft and Sony's next-generation consoles are finally here, and users are just now getting to experience NBA 2K21 on the PlayStation 5 and...