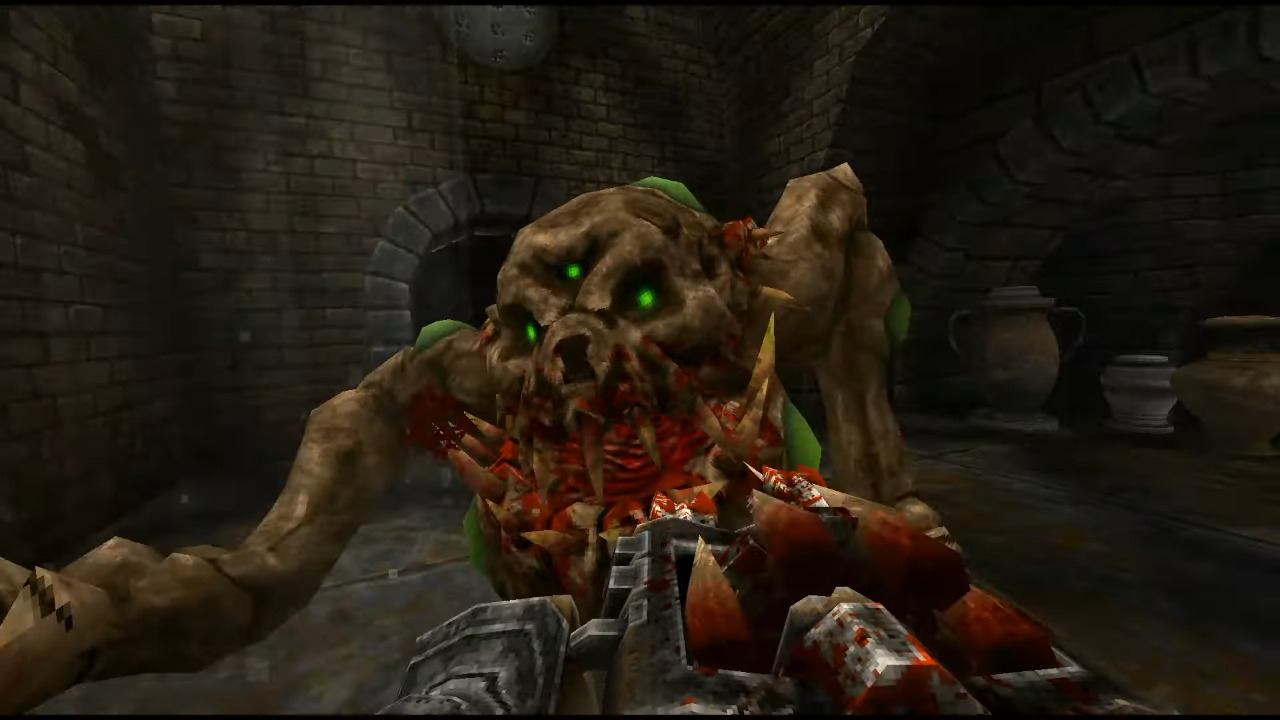 Wrath: Aeon of Ruin is already making a name for itself in the Early Access program on the Steam Platform as a modern title with classic first-person shooters running through its veins.  It’s fast and furious gameplay where the action plays at a blistering pace through gore-drenched levels.  It’s not for the faint of heart, with enemies being gibbed left, right, and center and the newest generation of gamers is having a bit of difficulty wrapping their minds around the gameplay style, but it is unwaveringly fantastic with every step made by the development studio KillPixel.

Four months after Wrath: Aeon of Ruin entered the Early Access program on the Steam platform, it’s finally getting its first content update that brings the title ever closer to a fully-fledged release.

The first update brings a new map that can be unlocked in the hub world called Gardens, featuring an overgrown mossy world rife with demonic hordes looking at removing the Outlanders’ head from its precarious perch on his shoulders.

The mossy realm has quite a bit of depth and size to it, bringing all of the hallmarks of other levels: secrets galore, tons of enemies, and a level design that encourages players to follow the corpses towards the exit.

There’s a new enemy included as well, called the Wretch, that is hunting for the Outlander as the 11th enemy that has been added to the title.  With a massive cannon located prominently in its mouth, the Wretch heaves massive balls of lightning to attack the player.  There’s also a new artifact called the Confounding Attar for players to find and use as they frag there way through levels.

With the first content update, KillPixel is well on their way to completing the tenuous roadmap that they’ve outlined as following until Wrath: Aeon of Ruin is completed.  The next scheduled update will bring two new enemies and one new map.  The third update will bring a new level, enemy and weapon and we’re likely to see this come to fruition near the end of 2020 if their current release paradigm will hold true for future content.

The three scheduled content updates don’t appear to be the entirety of the roadmap, however, as KillPixel is planning on a total of three hub worlds and fifteen levels total upon release; five levels are currently in the roadmap, meaning there’s roughly a third of content to still be planned out unless KillPixel has something in their sleeve.

Wrath: Aeon of Ruin is already offering some of the finest old school first-person shooting in the modern era, and the jump in technology has been wildly favorable for the genre.  Wrath will likely only get stronger as they progress through their roadmap.

Ghost Recon Breakpoint's New Immersive Mode Is Being Put On Hold; More Details Will Be Given In March

Aug 12, 2021 Harry Alston 14250
It's a good day to be a Battlefield fan. 2042 is currently in its earliest playtest - designed to stress-test servers and other functionality rather...

Jul 2, 2021 Harry Alston 24000
If you thought playing Rust was an assault on your ears before, wait until you drop into a game with the new Voice Prop DLC. There are megaphones,...