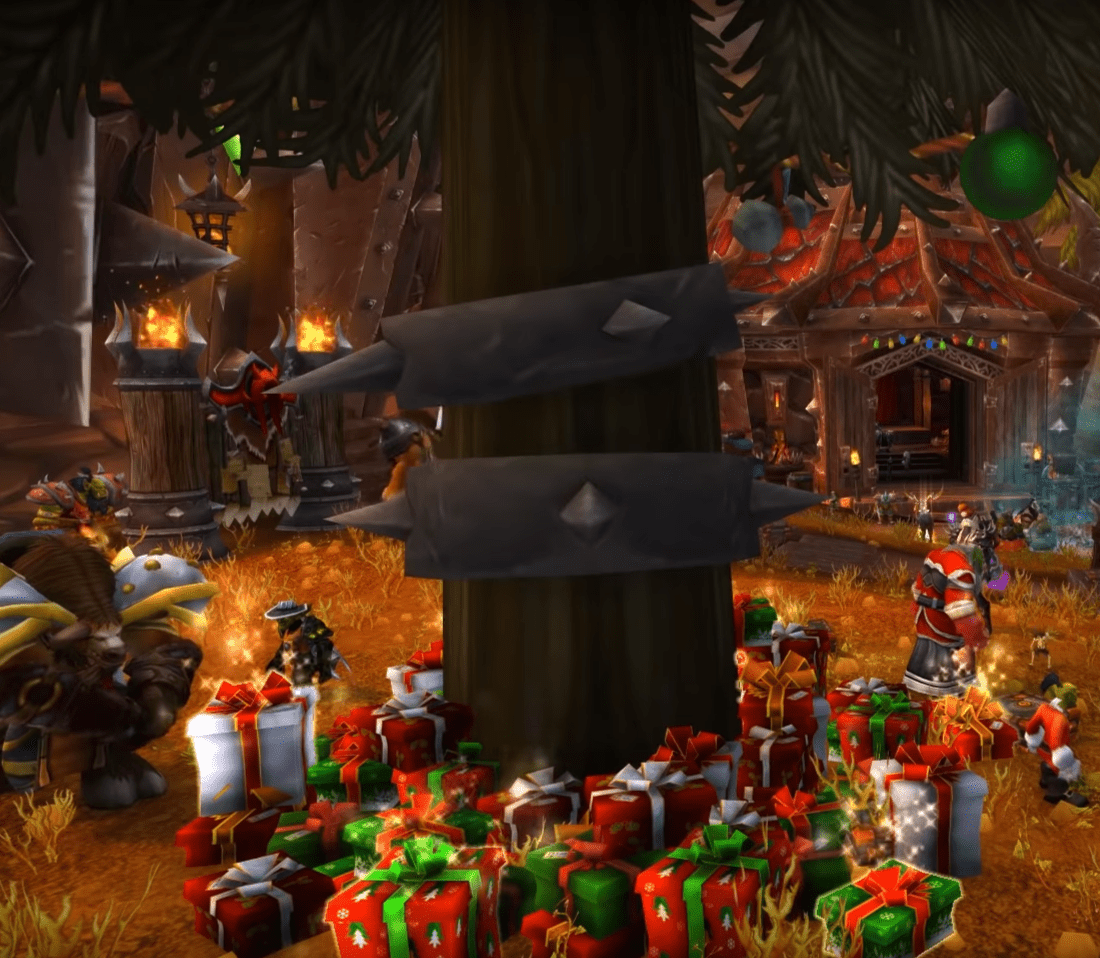 Blizzard fills World of Warcraft: Shadowlands with a massive number of holidays to keep the game fresh and interesting, cycling to something new near-constantly. This is especially true in the last third of the year with Halloween, Thanksgiving, and Christmas.

Christmas, of course, is far from the only holiday being celebrated in December around the world, but it’s a clear influence on the current Winter Veil holiday in World of Warcraft. With presents under the Christmas tree and an almost-Santa, the parallels are rather plain.

The event went live today and will be running for a bit more than two weeks, going until January 2nd a full week after Christmas itself. This gives players plenty of time to snag the collectibles they may want to grab!

If this isn’t your first Winter Veil, you’ll be able to use some transmogrification options that are only available during the holiday. The Red and Green Winter Clothes and Winter Boots, for example, can now be transmogrified to let you keep your gear on and be festive at the same time.

RELATED: Even More Content Update For GTA Online Including An Amphibious Vehicle And A Lucky Wheel Spin

If you’re the type to collect Pepe outfits, you can obtain A Tiny Winter Hat by going to your faction’s capital city – Stormwind or Orgrimmar – and clicking on Greatfeather Pepe. This makes it so that when you summon Pepe, he may have a beard and Santa hat.

Of course, there’s more than just collectibles and appearances for you to grab. The capital cities have an array of quests for players to grab, including the classic questline to kill the Abominable Greench in the hills of Hillsbrad Foothills.

You’ll also be able to grab some consumables from Smokywood Pastures and collect Holiday Hats in whatever color you see fit, coming in both green and red. Different bosses amongst Northrend, the Broken Isles, and other various dungeons drop the hats in their own color.

There’s also the Giant Snow Globes that you can find in a handful of cities – Ironforge, Orgrimmar, and Dalaran – that transforms you into a snowman and lets you dance around. While not quite practical, it does lead to an achievement you may want.

With more than two weeks to knock everything out, players have plenty of time to grab what they may want from the holiday event. Don’t forget to check back on December 25th to see what presents are under the tree for you!