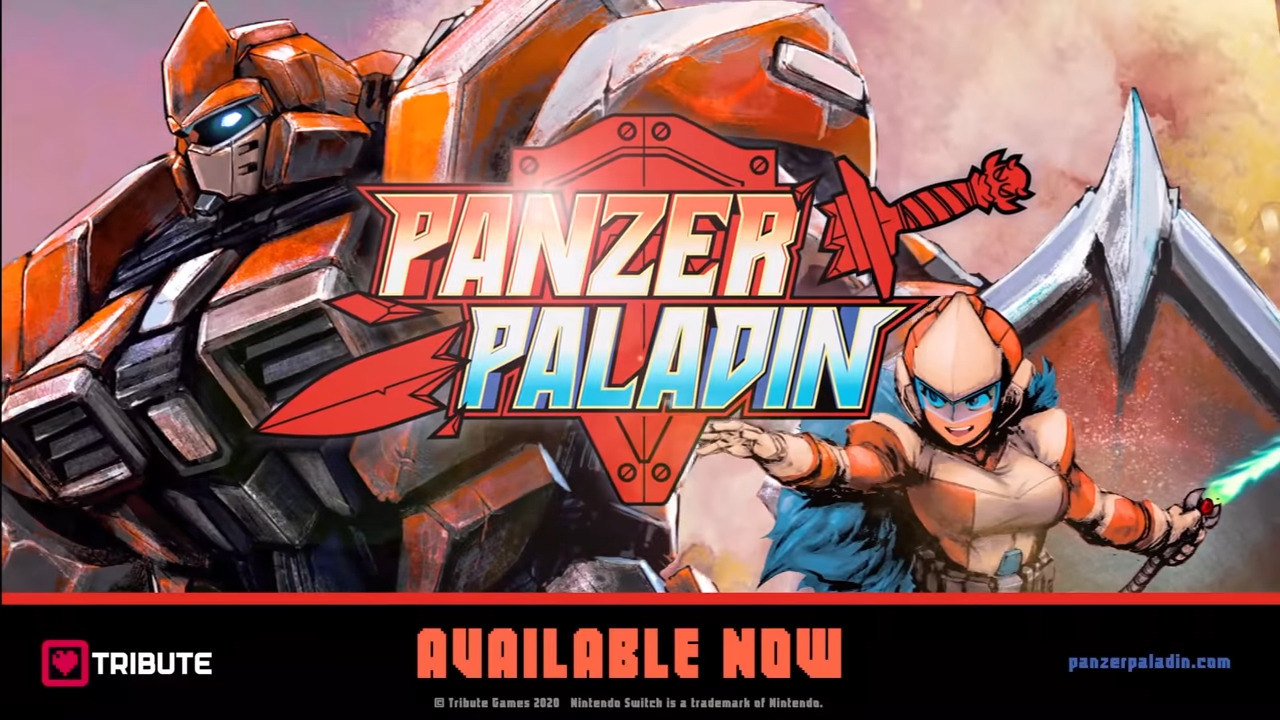 Panzer Paladin is a new game from Tribute Games and released yesterday (July 21st) on Nintendo Switch and for Windows via Steam. Its a side-scrolling action game with customisable weapons, a massive mech suit, and a lot of 80s inspiration.

Since Pax in 2019, fans of the genre and of the era of 80s side-scrollers have had their eye on Panzer Paladin. It recaptures a lot of that nostalgic feel for 80s games while offering up very little of the pitfalls associated with those games.

That’s not to say there aren’t a lot of games like Panzer Paladin, many of which have released in the past couple of years. You could even go as far to say that Panzer Paladin gives off quite a heavy Shovel Knight vibe.

However, this game really pushes for that 80s aesthetic and emotion. Even its trailer features a wacky voice announcer and little information was revealed about the game, making it feel like a mysterious NES game discovered in the back of Nintendo magazine.

From the couple of hours I’ve managed to cram of Panzer Paladin on the Switch, it’s clear that the game isn’t trying anything fancy with its story-telling. This is just about the pure fun of collecting and customising weapons while destroying bad guys as a mech/pilot duo.

I wasn’t around in the 80s, but other reviewers have pointed out that there are multiple nods to the era, from cutscenes to musical cues. I have to approach the game for what it is: action-packed and nostalgic for a period of time where I didn’t even exist.

By far the most unique part of Panzer Paladin is its attention to detail in the enormous weapon system. There are hundreds of unique weapons to collect and customise, and they’ll often break.

This is no ordinary weapon-breaking mechanic (a personal bugbear in RPG games) but a valuable part of the gameplay mechanics. Breaking weapons will give you momentary buffs or set off AOE spells. It’s actually in your interest to ration out your weapons and break them to make the game easier.

Panzer Paladin is what it is. Nostalgic for those who experienced the era of 80s gaming and is a pretty fun experience for those who didn’t. It won’t revolutionize the side-scrolling genre but it won’t disappoint you either.

Overcooked: All You Can Eat Is Planning A 2020 Release For PlayStation 5 and Xbox Series X Platforms 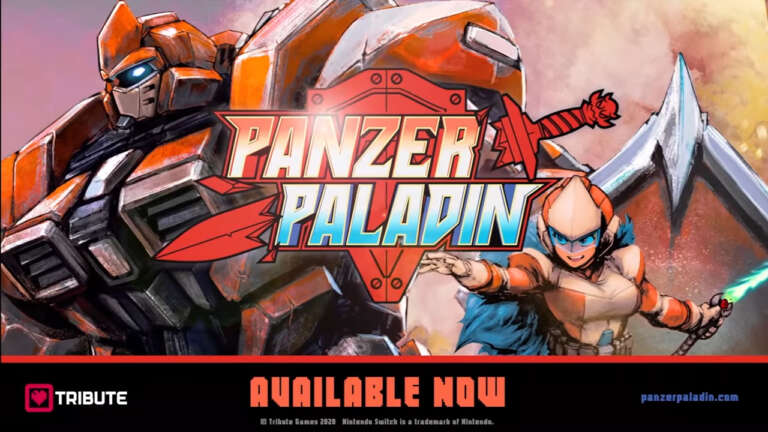 Jul 22, 2020 Harry Alston 13110
Panzer Paladin is a new game from Tribute Games and released yesterday (July 21st) on Nintendo Switch and for Windows via Steam. Its a side-scrolling...