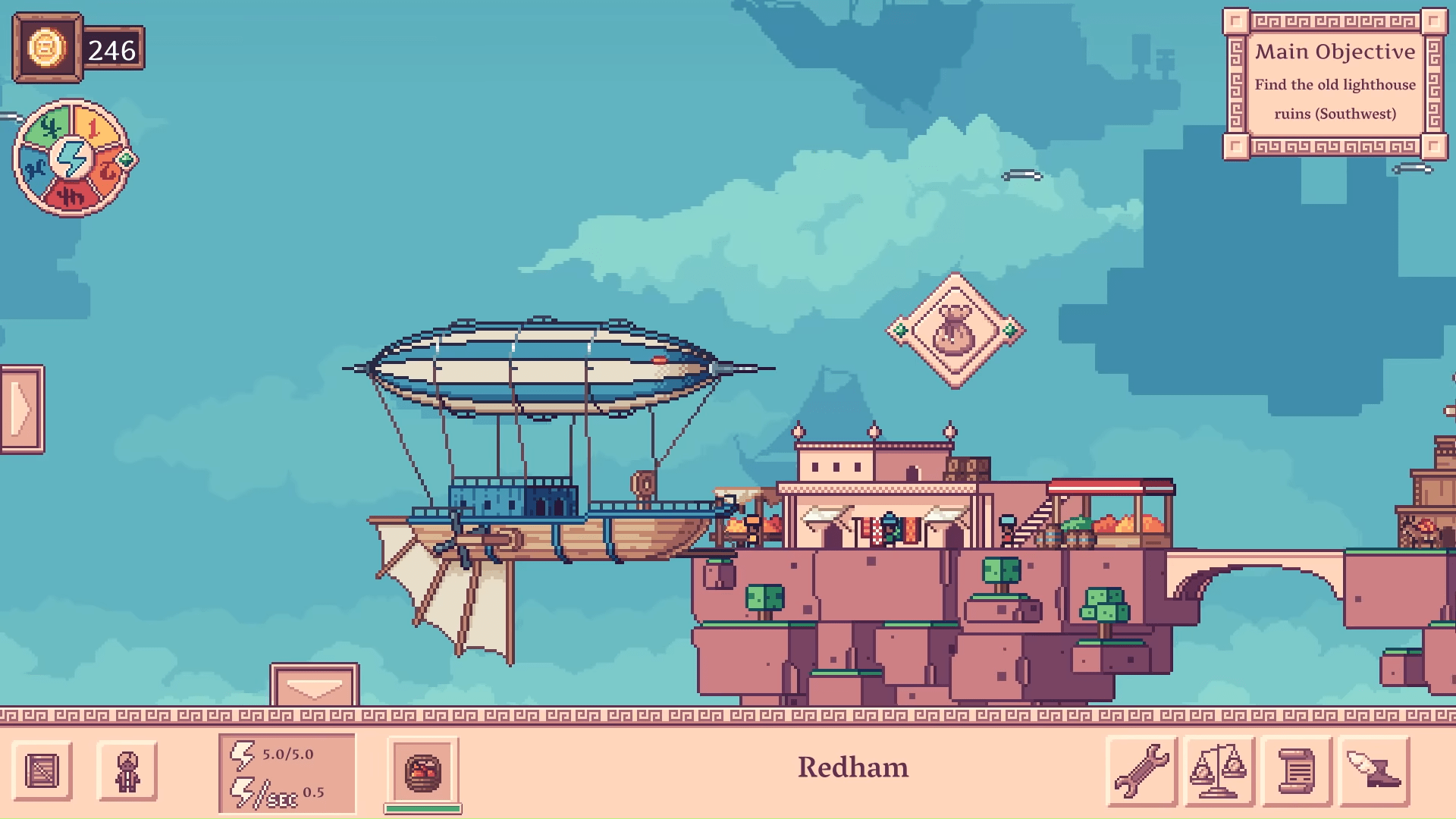 Merchant of the Skies officially launched this week, although it has been playable since July last year on Steam during its testing and beta phase. Developed by Coldwild Games, this charming indie trading game is set across a pixelated sky-world, with flying turtles, dirigibles, and other weird and wonderful skyscapes.

The game combines some management elements with storytelling, base-building with exploration and adventure, and a quirky pixelated art-style with a developed skill progression system. Highly-rated so far on Steam, here’s a quick look at the launch trailer.

The main aim of the game is to rebuild the Fieri Archipelago to its former glory. You start off as a humble trader aboard your flying ship, navigating a number of different islands and settlements who need your help. Some might have quests for you, while others need buildings in their town upgrading.

To progress in the game you need to gather resources, establish a network of trade, and slowly upgrade your armada of flying ships. The quality of the design really shines through with the ships, with tiny sloops to enormous East Asian fortress ships. Each ship has its pros and cons, and it’s up to you to decide what’s next for your trading sky-empire.

Exploration reminds me of Sid Meier’s Pirates, as the map slowly unfolds before you, revealing more interesting and wacky locations. From giant flying turtles to fish in the sky, much of the game’s magic comes from the unique world created by the Coldwild devs. Explore, adventure, and complete quests to progress – seems like simple stuff. 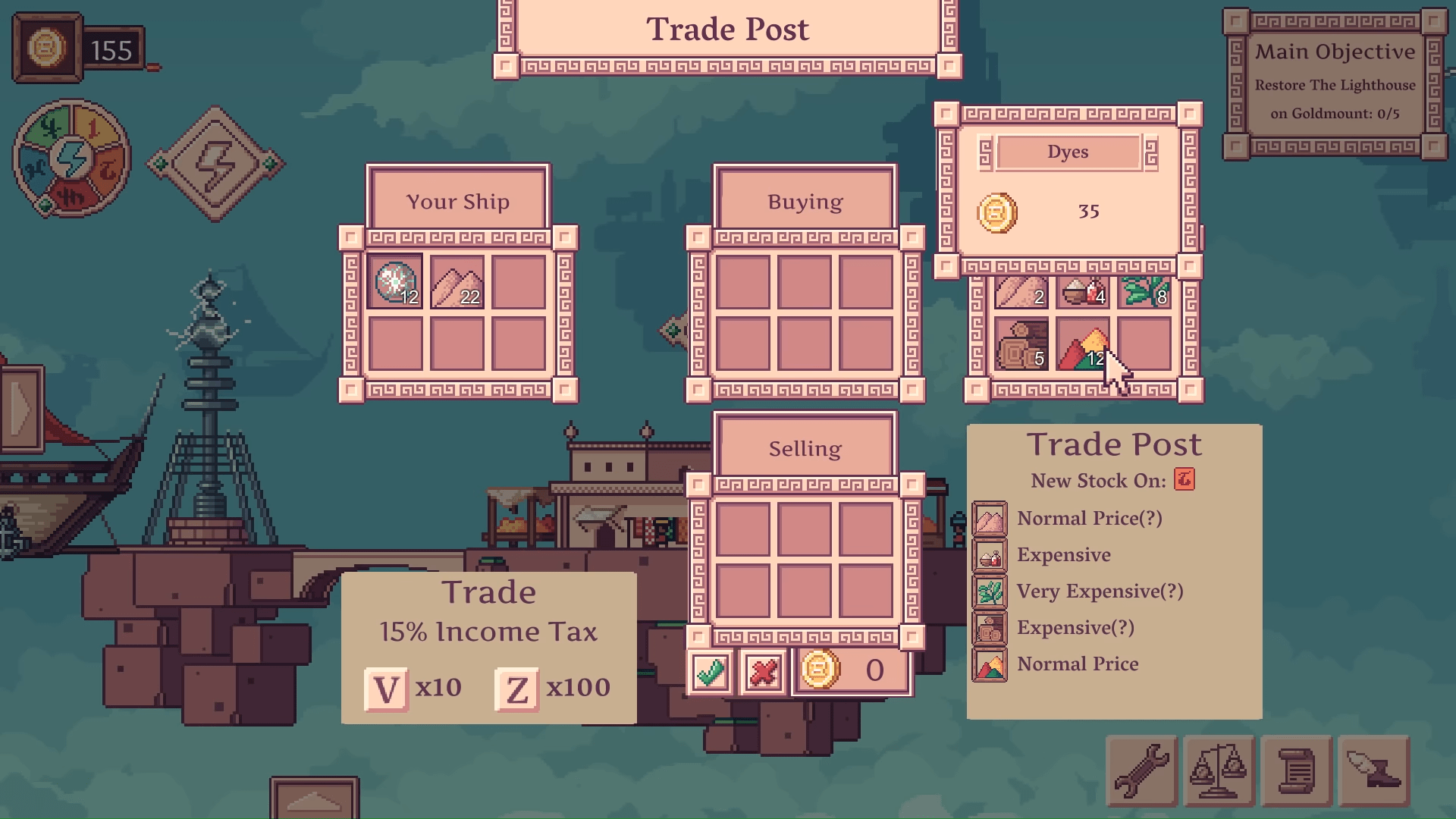 An example of the in-game trading menu

Further complexity starts to appear when you create trading networks and production queues, organizing the delivery of materials from island to island, and managing an interweaving system of sky caravans with a U.I that can be tricky to get your head around at first.

However, your hard work will pay off, and you’ll start to notice the different islands progressing alongside your burgeoning trading empire. Areas become full of life as the real impact of your choices is shown in the pixelated world. Oh, and you can also build your own customised mansion, as you fulfil the role of the Dutch East India Company of the skies.

Merchant of the Skies is available now on Steam after almost a year of pre-release testing. With generally positive reviews, it’s a game worth checking out if you’re into beautiful pixelated artwork and management sims.

MERCHANT OF THE SKIES 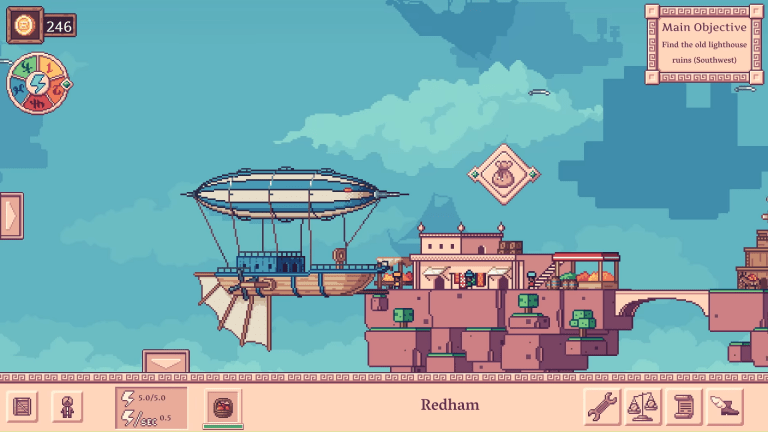 Apr 17, 2020 Harry Alston 10070
Merchant of the Skies officially launched this week, although it has been playable since July last year on Steam during its testing and beta phase....