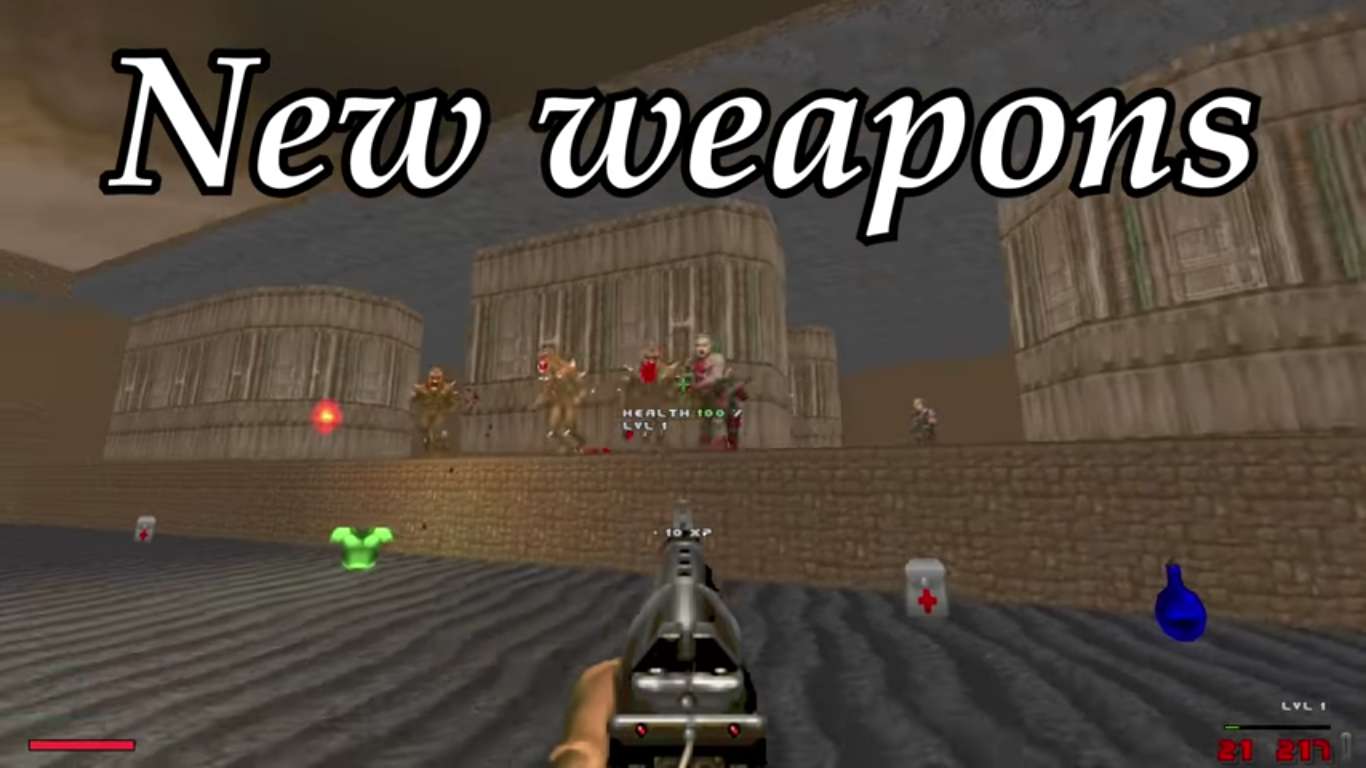 The project is being called BorderDoom, and it includes all the Borderlands essentials. Randomized weapons, rechargeable shields, varying enemy difficulty, and epic combat all included in a small digital package. Mixing these qualities with the graphics and style of Doom is destined for great success, even if it is simply a mod.

Doom was released in 1993 and shook the world as a technological marvel. Mixing this with XP, Loot, Achievements, and so many other modern goodies creates the shooter than many didn’t know they needed. This is truly a project of gamer ingenuity and creativity as it mixes the best of both worlds and begs for a place in the modding hall of fame.

This was created by a modder called Sunbeam. The trailer gives a great glimpse of the weapons and chaos set to be discovered within. Every dropped weapon and item becomes variable, and you can choose better and better gear as you blast through the demon hordes of hell.

Shields will drop to, and each of them has their own capacities and recharge rates that are similar to how they work in Bordelrands. You even get rundowns of item stats by pointing your gun at it. In a similar fashion, if you point at an enemy, you cans ee its level, health, and gauge whether or not you will be destroyed if you challenge it.

This does mean an inventory system has been added to the game. You also are limited to only three weapons at a time, but one of these is not a weapon you would find in vanilla Doom. The weapon is called the Demon Staff, and it looks like it belongs to some kind fo heretic that deserves the end of your blasting barrel of destruction.

Doom is known for brutal combat and hoards of enemies. The fast-paced action has drawn the attention of adoring fans for years and inspired countless other shooters. Even the great Borderlands can trace its roots back to the days of Doom and the evils within.

Mixing the qualities of Borderlands with the adaptability of Doom creates a unique blend that is sure to entice gamers of all variety. It does seem that the modding community has an obsession with Doom and doing strange things to it, but in this case, it may have paid off.

The mod is free but does require a copy of Doom to run. You can check out the trailer and get a good idea of what kind of chaos awaits you within.

Upcoming Exilecon For Path Of Exile Will Show A Sneak Peek of Path of Exile 4.0.0 Due In December 2020

What Effect Will China's New Gaming Restriction Laws Have On The Global Gaming Industry?