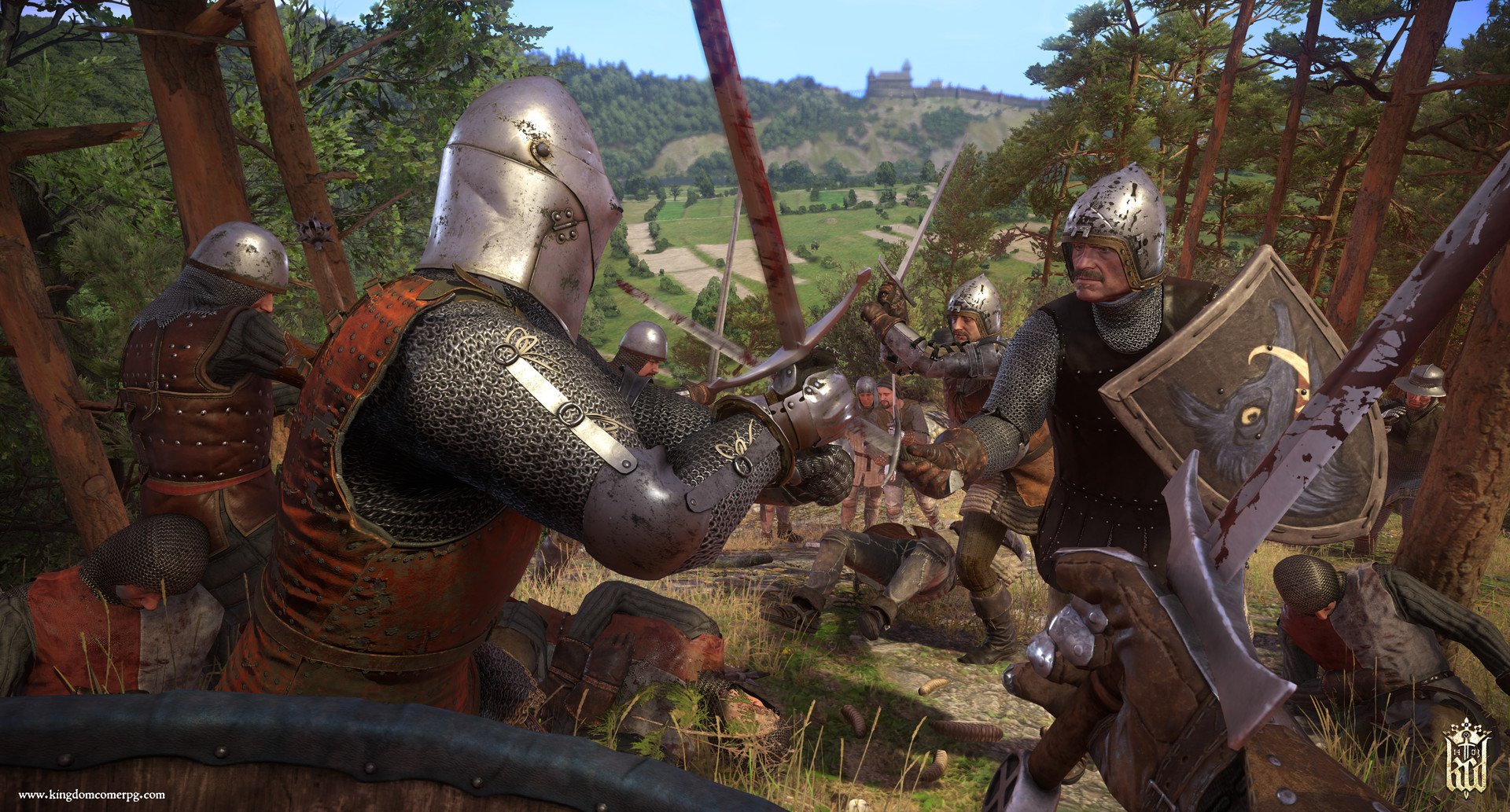 Warhorse Studios, developer of Kingdom Come: Deliverance, has recently shared some news across their social media platforms. The developer revealed sales milestones, a new logo, free play weekend via Steam, plus news of a new game in development.

The development studio announced its title Kingdom Come: Deliverance has reached over three million copies sold, slightly over two years since it launched in February 2018. The game has been released on PC, PlayStation 4, and Xbox One.

Kingdom Come: Deliverance has also sold an excess of 1.5 million DLC across all platforms. The DLC ranges from customization to story DLC, including letting gamers play as Theresa, Henry’s childhood friend.

Last week the developer unveiled their new logo. In a press release, Warhorse Studios went into detail about the inspiration that led to its creation:

In celebration of selling over 3 million copies of its critically acclaimed medieval role-playing game Kingdom Come: Deliverance, Warhorse Studios is introducing a new corporate logo. The design represents the strong and dynamic qualities of the team, while remaining true to the origins of the company; the same counts for the combined glyphs “HO” in the word Warhorse, inspired by medieval inscriptions.

Kingdom Come: Deliverance is a story-driven, open-world RPG that takes place in Bohemia within the Holy Roman Empire. The game stars the blacksmith’s son, Henry, whose peaceful life is quickly torn apart when a mercenary raid tears his town apart. Henry is one of the few survivors but has lost the last sword his father forged during the life-changing event.

Under the service of Lord Radzig Kobyla, Henry trains to fight against the invading forces. The game adds in more realism, as Henry has to eat and sleep to survive. He can also befriend those around him so that he’s not only physically stronger but build bonds that last a lifetime.

Warhorse Studios also teased fans with additional news regarding a new game. No additional information has been revealed yet, but the studio wanted players to know its working on its next big project. Players are speculating it may be a sequel to Kingdom Come: Deliverance, but the developer isn’t giving away any hints at this time.

Kingdom Come: Deliverance is still available for free this weekend on Steam in part of its celebration of achieving over three million downloads.

Jun 1, 2021 Joshua Goodpastor 4850
Iron Harvest is a unique RTS game that tells an alternative version of World War 1. By adding in steampunk technology, the title pits players on the...

Jan 7, 2021 Lisa Nguyen 4580
Kingdom Come: Deliverance is currently available on PC, PlayStation 4, and Xbox One. The game was released one year after the launch of the Nintendo...

Dec 6, 2020 Lisa Nguyen 5940
Deep Silver has announced that Nine Dots Studio’s Outward has released over one million shipments worldwide. The game was initially released on...