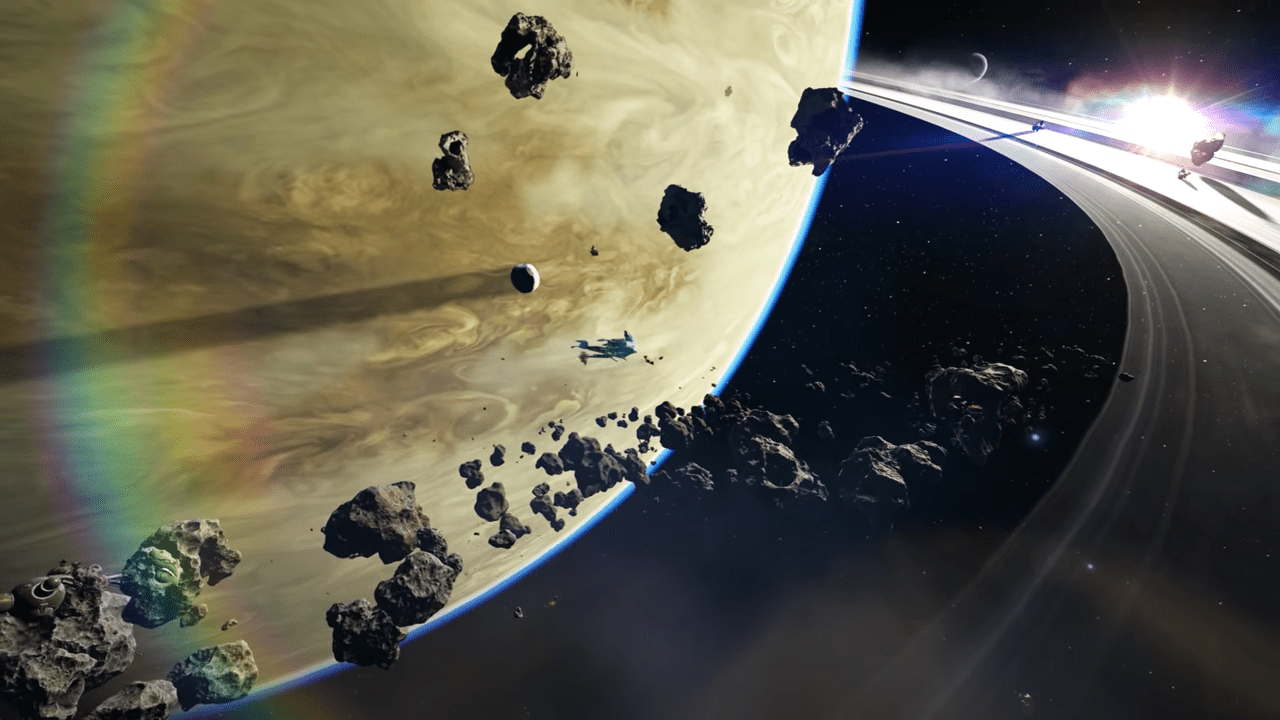 Honestly, there’s a little greater feeling than soaring through alien ships and decapitating enemies as a space ninja in Digital Extremes massive free-to-play title, Warframe.  With a fair business model (if you’re not averse to a bit of a grind) and a consistent influx of updates and mechanics, Warframe is going on its seventh year on Steam, Xbox, and PlayStation with a strong player base and with fantastic reviews.

There’s a new event on the horizon called ‘Operation Scarlet Spear’, and it’s bringing with it new mechanics and events that Digital Extremes is known for packing into these updates.  It keeps players in the game, brings about new content, and keeps everything somewhat fresh for veterans with well over a thousand hours in the game.

Yet before the event begins, Digital Extremes has taken a hard look at the current mechanics and systems in play, and have frankly found them wanting.  So there’s now a massive update coming that refreshes many things that will ensure the game looks and feels a bit better.

If you’re looking for something a bit more in-depth, here’s the hour and a half ‘quick video’ that Digital Extremes put together to walk players through everything.

The official developer blog has over twenty segments; here, we’ll try to condense everything for ease and speed of reading.

The railjack is going to experience a workover, removing many bugs that currently plague gamers trying to progress through it.  It will also be a bit cheaper to craft; users that have already crafted it will instead receive two rush repair drones and cost difference refunded.

There’s a large number of alterations taking place in regards to combat, health, and shields: toxin damage has been nerfed against armor resulting in neutral damage, and slash damage now longer bypasses shields, instead being applied to shields in a damage-over-time format.  Tenno shields, health, and armor are now separately classified as Tenno forged, with weaknesses and resistances currently neutralized.  This allows Digital Extremes to alter the scaling on a more micro level.

Infested got a damage boost across the board to encourage Tenno to stay a bit more agile in combat, and the AI now no longer holds the magical aimbot at higher difficulty levels that they’ve used to.  Shield gating has been implemented to ensure that players cannot be one-shot through their shields, although the same is mostly true for enemies; you can negate shield-gating with either various abilities or by targeting weak points.

There are also easily-visible grenade markers to help players mitigate the damage done, and also track them while in a flurry of combat.

Finally, self-damaging it no longer a thing with explosive weapons, where instead the Tenno will be staggered.  Making use of your parkour skills during a stagger will allow you to flip out of it with appropriately ninja-like animations.

Arcanes can now be powered up to level five, yet can no longer be double-equipped, meaning you cannot apply two similar arcane at once.

Some mission types are getting reworked as well; Excavation scaling will now follow the same formula as the Mobile Defense Terminals, allowing them to scale appropriately from low to high levels.  Base Missions are getting their reward tables trimmed to allow for more consistent rewards and expectations of players.

The UI is getting a bit of an update with item labels now marked as ‘On’ by default, and various other small changes.  The big announcement regarding UI is that the Field of View slider now goes up to 90, meaning PC players will no longer have their Warframe taking up 40% of the viewable screen.

100x Restore Blueprints are now craftable using the scaling from the 10x blueprints, letting players do more than stand there and wait for crafting so they can go play the game.  Sentinel mods can now be used on Warframe weapons, and Tenno with over 100% status effect on their weapons now have a chance to inflict the status twice on their enemies.

On top of that, Status Chance mods have now been greatly buffed, from 15% to 90% chance of occurring.

Finally, Titania has been changed a bit to make her easier for less-experienced users to maximize her impact, and Vauban standard if getting a buff in armor from 50 to 150, with Vauban Prime armor going from 100 to 200.  Requiem Murmurs will again be shared with the entire squad.

There’s a smattering of bug fixes that Digital Extremes have been tracking that have also been fixed, although they are numerous and often inconsequential to the overall gameplay.

I just saved you an hour of your life.

Jun 26, 2020 Jeremy Green 8480
Warframe has been an incredible title that has just gotten better over the years. The amount of support and updates it receives is very similar to a...

May 22, 2020 Kenny Kimberly 6540
The freemium FPS/RPG Warframe has slowly crawled its way into being one of the most popular games over the last few years, and is consistently one...

Apr 18, 2020 Kenny Kimberly 8610
The popular freemium title Warframe has made plenty of waves since it was released back in 2013, slowly rising from an underdog title to being one of...