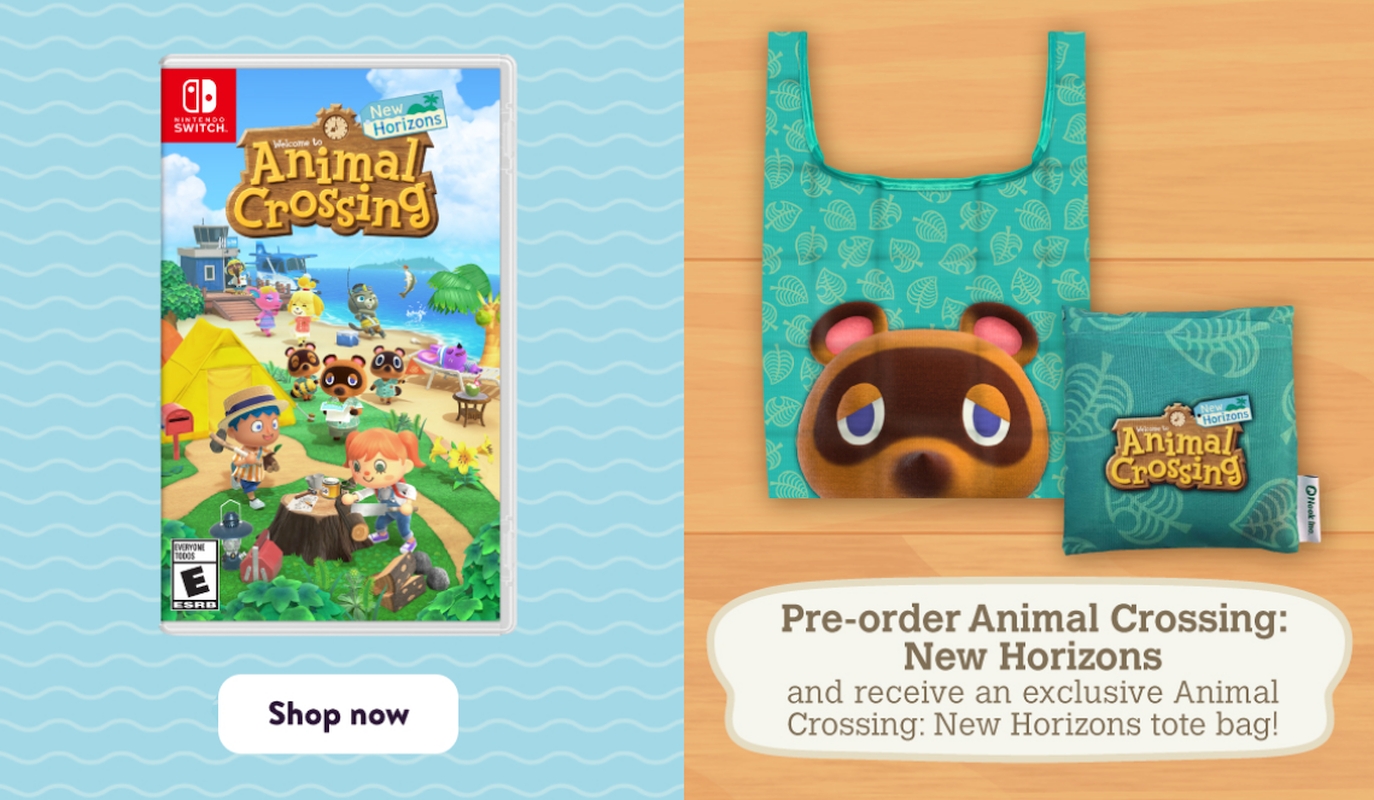 Animal Crossing fans still have time to preorder the first installment of the series on the Nintendo Switch. The game is being released at the end of the money, but there are still new preorder bonuses appearing at various North American retailers.

Walmart is the most recent retailer to announce a preorder bonus besides Target and Best Buy. Walmart is even throwing in digital freebies for everyone in the form of wallpapers.

Animal Crossing: New Horizons is the first game in the series that will be released for the Nintendo Switch. North America has slowly rolled out preorder bonuses that will be available for those who order the game early.

Walmart recently announced its preorder bonus. The physical preorder bonus is an exclusive Animal Crossing: New Horizons reusable tote bag. The bag is foldable and can be stored away. The bag is decorated with the AC: NH logo along with a giant image of Tom Nook’s head.

The free bonus is a selection of digital wallpapers featuring popular characters from the series, such as Isabelle, K.K. Slider, and the Nook family.

Previously, Best Buy announced its preorder bonus. Gamers who order from Best Buy will receive a reusable sticker that can be used on almost any surface.

Players who preorder from Target will receive a New Horizons-themed journal along with a matching calendar to keep track of all their non-Animal Crossing related events. The Target preorder bonus has been the most popular so far, as it has continued to sell out then restock.

Nintendo also released an official Animal Crossing-themed Nintendo Switch for those who want to really get prepared for the upcoming release of the game. Japanese gamers can purchase an empty version of the box on the Nintendo Shop website.

Nintendo has begun to prepare fans for the release with a long Nintendo Direct showcasing gameplay, an official villager roster count (so far), and additional videos and screenshots.

Animal Crossing: New Horizons is the first full game in the series after the release of Pocket Camp on mobile devices. The mobile version does include many features, but Nintendo has been slow to roll them out over the years. The full roster of villagers has yet to be released on the mobile version, even though the game gets updated events and recently, a paid monthly subscription.