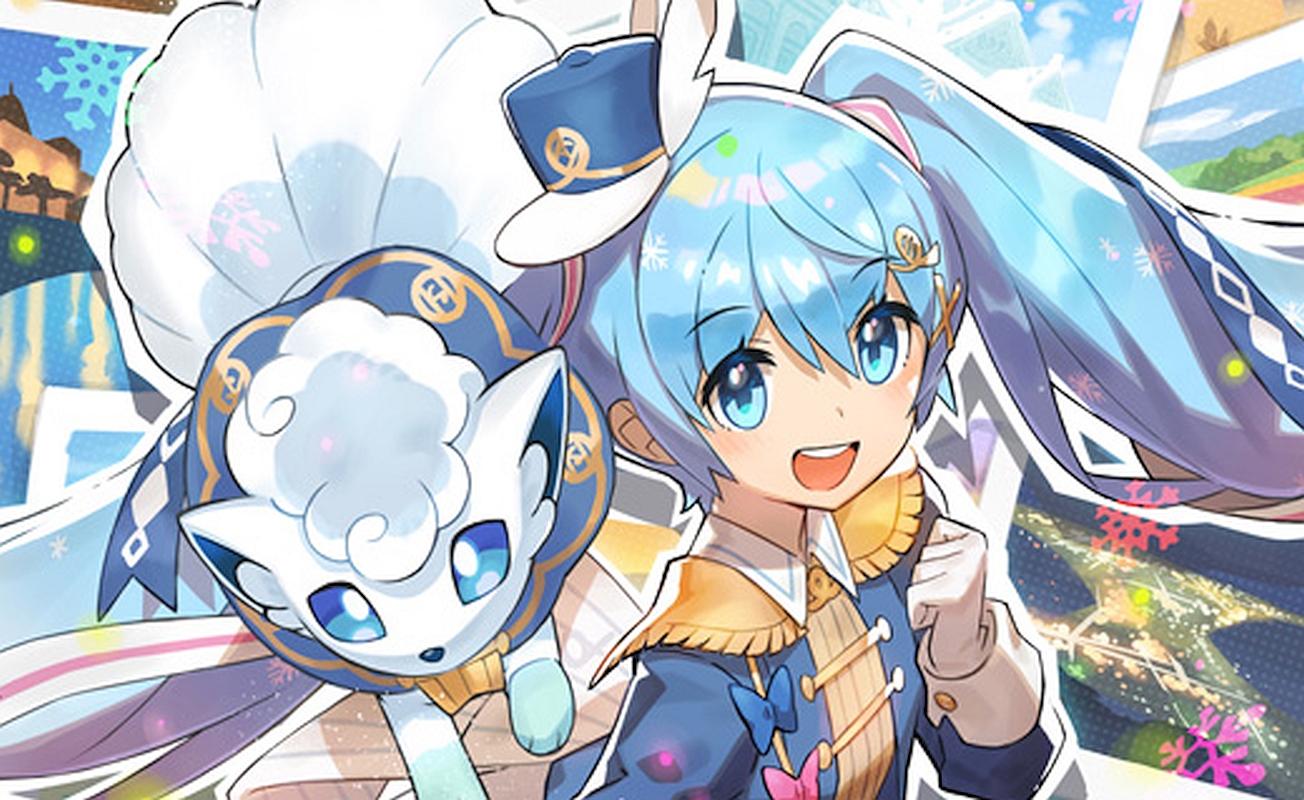 Vocaloid Miku Hatsune will be partnering with Pokémon’s Alolan Vulpix this February. The collaboration is part of the annual Snow Festival held in Hokkaido.

The event was created with the overall theme of “Supporting Hokkaido.”

Miku Hatsune, according to the official Crypton website, is a singing voice synthesizer featured in over 100,000 songs released worldwide. Hatsune Miku means “The first Sound from the Future.” Miku has released over 100,000 songs, appeared in 170,000 YouTube videos, and has over one million artworks created of the popular character. She has also performed in concerts as a 3D hologram, selling out shows across the world.

Miku has previously collaborated with SEGA and other brands and continues to do so with other brands into the new decade.

The Alolan Vulpix is an Ice-Type Fox Pokémon that was introduced in Pokémon Sun and Moon on the Nintendo 3DS. Its official description states: “It is said that Vulpix came to the Alola region together with humans, but the Fox Pokémon moved to the snowy mountain peaks to avoid the normal habitats of other Pokémon, and thus it ended up taking on this form. These Alolan Vulpix live on high mountains that remain covered in snow year-round. They live in small packs of two to five individuals, helping one another survive.”

The announcement showcases artwork between Hatsune Miku and the Alolan Vulpix. Miku appears like a Trainer and gives instructions to her Pokémon in Hokkaido.

Planned at the event is a giant snow statue of Alolan Vulpix. The Vulpix wears a cape with a matching design of the Snow Miku statue, which will also be on display at the event. The event regularly has snow statues along the main street of various characters and figures for visitors to enjoy.

An exclusive pop-up store was also announced. A Sapporo Pokémon Center will open on the main street, offering unique goods. The goods won’t be available for long, and the official website hasn’t announced how much merchandise will be available during the event.

The collaboration will include limited-edition merchandise and appearances from other Pokémon characters.

Snow Miku has participated in the event before, including in 2019, to celebrate the 10th anniversary.