Everyone is well aware by now that Riot’s new first-person shooter has officially released, and a slew of big names have already made the transfer over from various titles to try their hand in the newest uber-competitive shooter. Featuring a mash-up of various team-based shooters like Overwatch and Counter-Strike, the title has been making waves since it’s early access debut featuring a drop-mechanic on Twitch that saw the title break over a million viewers consistently.

Today, the Twitch Rivals tournament continues with the focus placed solely on North America players, placed in four groups in teams of five. Only one team per group will advance today for the lion’s share of the $200,000 tournament, and the day is primed for explosive action as some of the biggest stars from North America will be playing.

If you’re curious as to what the biggest names in the competitive scene for Valorant will be when Riot finally draws the curtain back in a year or so, this is a tourney that you simply cannot miss.

The teams in North America shows that the region is taking Valorant seriously; many teams are featuring announced rosters for future professional organizations, and the pedigree of many teams already has some players concerned about the competition.

TenZ has not been officially announced as playing with C9, but this is the C9 team that wiped the floor in the Rivalry Bowl. This could very well be the official Cloud9 roster, and it could also be heavily dependant on how the team can perform today in a pressure-cooker scenario.

Team Hiko has already been in the news recently due to Dafran’s bizarre outburst directed towards the players that resulted in Dafran receiving a lifetime ban from a tourney organizer. Hiko is playing with the Gen. G roster as a fill-in that frankly makes the team even scarier, at least at this stage of the tourney.

Team Myth is stacked with players that make the captain, Myth himself, the proverbial underdog on his own roster. Wardell’s AWPing in Counter-Strike has made the news a couple of months ago as it was leaked that they were looking at being signed by an organization, which fell apart shortly thereafter. Watch for Myth to take an entry-fragger position with Wardell playing a site anchor with his absurdly clean flicks. Also, watch for Myth to stick out like a sore thumb in a land of gloom and doom as he faces the best players in North America in a ferociously competitive tourney.

Team Dizzy is a relatively unknown entity. It’s bringing two former Overwatch League stars with ‘Sinatraa’ and ‘Corey’ who both left the League halfway through a season to chase Valorant. THat isn’t to mean that you can necessarily not expect fireworks from the pros; Sinatraa alone is a scary sight who has more than once picked up an Odin halfway through a match and aced the enemy team. This team performing well could give former Overwatch League players a boost in the esport scene as they’re typically looked down on. Both ‘Sinatraa’ and ‘Sick_cs’ are members of the Valorant team Sentinels.

If you thought that Twitch Rivals exhausted the talent pool in Group A, we’re not even close. Every group has legendary names, and Group B is no different in that regard. First and foremost, however, we have Team Brax.

Team Brax is known as T1, an organization that gets chuffed from curb-stomping thrown-together and it’s typically not even close. They just signed Skadoodle, the legendary Counter-Strike player, three days ago; consider it a massive upset if this team doesn’t breeze through their Group even with the names on the other teams.

Our Valorant roster is complete, and they're ready to rule the tournament scene. Please welcome to Skadoodle to T1! #T1WIN
➡️ https://t.co/mWQXQteImq pic.twitter.com/11VL6C9jAc

Team Kephrii features Kephrii himself as the captain of a decent squad, but they’re the underdogs of their bracket. In a different group this team would have a fighting chance, but they’re frankly going against colossal names in Valorant.

Team Jakenbakelive features the youngest player in the tournament with AsunaWEEB at sixteen-years-old,  and the team holds some promising names. However, Jakenbakelive isn’t a constant player; he’s an IRL streamer on Twitch which likely will put him in the same position as Myth in Group A. He wasn’t a slouch when it came to the Valorant beta, but he’ll likely take an entry position and attempt to feed his team information on the battlefield.

Team Aceu rounds out Group B, but last is definitely not least. This team just picked up EliGE from Team Liquid of Counter-Strike fame, and Aceu himself is nothing to look down on either. EliGE isn’t looking at shifting titles, so not to worry if you’re a Liquid fan. He has, however, shown that he can consistently frag out in Valorant on recent streams, and his matching with Aceu gives this team the second-best chance at getting out of the group stage.

Group C continues to find stacked talent with massive names in esports such as ‘fl0m’, ‘sh0ts’, and ‘lexcs’.

Team StPeach is first up, captained by a Vlogger. The rest of the team seems similar in genre: ‘Porthilo’ is a social media manager for Cloud9, ‘Munkeymo’ is a variety streamer. Ya hate to see it but this team has a mountain to climb to compete in the group stage, much less the play-offs.

Excited to announce that I'll be competing in #TwitchRivals playing @PlayVALORANT! 6/6. 3 PM PT.

Team fl0m, conversely, needs almost no introduction. Captained by the legendary Counter-Strike player himself Erik Flom, along with a group of friends that make a heavy favorite for Group C. While his five-stack is a variety of players that some may recognize from Counter-Strike, Erik stated on stream that his last pick of Timothy ‘sYnceDez’ Putrow is a sleeper that will surprise many when he gets his entry later today. Tim Putrow has been grinding for years in the Counter-Strike scene and is, allegedly, primed to remove more than a few heads this afternoon.

Team CDNThe3rd is captained by a battle-royale streamer (that some may find a bit over the top) that also hosts a variety stream on Twitch, along with the majority of his team. With other variety streamers such as RequiemSlaps. whyPerk is the only streamer of this group that seems a bit more focused on Valorant, although has dabbled in Fortnite. This team has their work cut out for them, and will likely end up third in the group unless there’s a surprising showing from the boisterous personalities.

If there is a group that is a bit more hodge-podge than the others, it’s Group D. Featuring variety and IRL streamers, it’s an interesting stew of personalities if nothing else.

Team Mendo has a larger powerhouse than other teams within the Group if for none other than Stewie2K stepping in as the team needed a last-second replacement. Team Mendo also brings ‘timthetatman’ and m0xxy into the fold, but the team will frankly be in a ‘make-or-break’ status beyond group stages depending on Stewie being able to step into the fold and offer a bit of leadership and experience. Team Mendo is heavily favored to move beyond the group stage as they’re surrounded by more flavorful personalities within the group.

Teaming up with @Mendo and his pug tomorrow in the twitch rivals since they needed a replacement. Should be an exciting stream 👌

Team Bnans is composed predominantly of female streamers, featuring Bnans, Electra, and Lululuvely. Iridium and Gameface are joining the fray as a +2 to the girl-power team.

Team JordanFisher has the singer and songwriter captaining a team that features fitness personality ‘Sonii’ and ‘1j0seph’ who played in the ESPN tournament two months ago.

Everything is kicking off at 1500 EST on Twitch Rivals channel, and should conclude somewhere around 2000 today. The format is a best of one for the group stages, shifting to a more standardized BO3 beyond that. 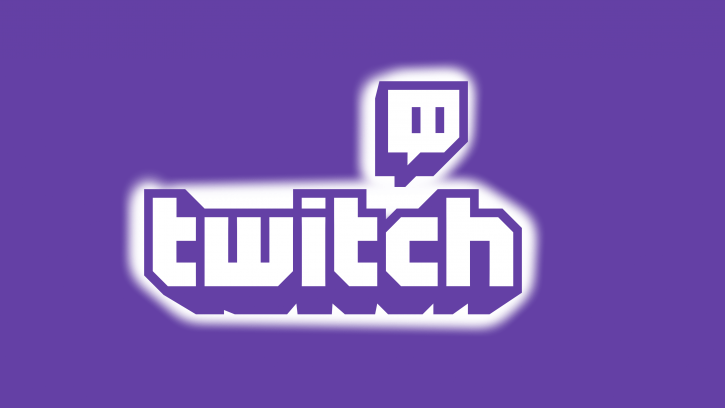 Jun 6, 2020 Chris Miller 8460
Everyone is well aware by now that Riot's new first-person shooter has officially released, and a slew of big names have already made the transfer... 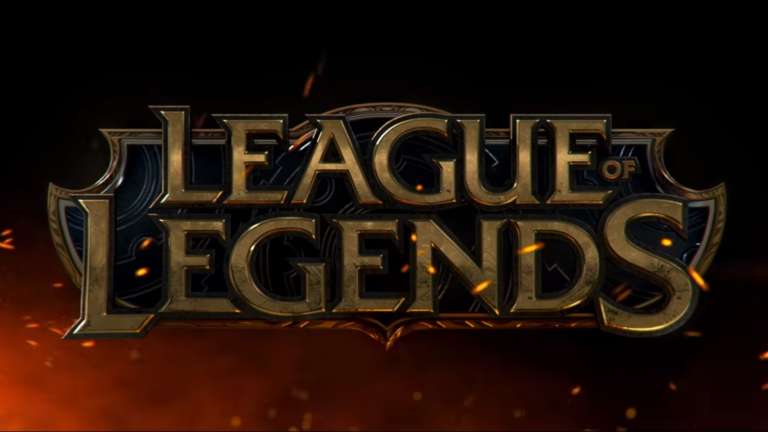 Jan 10, 2020 Kenny Kimberly 10180
Trick2G announced in his Twitch chat today that he will not be playing for his team during the Twitch Rivals tournament that he was rostered to... 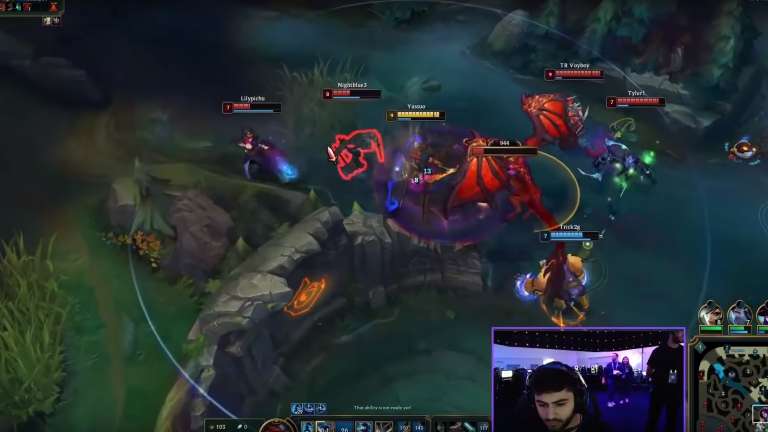 Jan 6, 2020 Kenny Kimberly 13490
Esports can get heated, and that only gets worse when every move is being streamed live. This ended up being the case before any games were played...