Valkyria Chronicles 4 was released last year but has since come to the PC, Nintendo Switch, and Xbox One.

The title is a strategy game, similar to the previous installments, but introduced a few updates. One of the most significant updates was tue new class, Grenadiers, who can fire mortar rounds.

From the official Steam page: “A Continent Engulfed in the Bitter Flames of War! Commander Claude Wallace and his childhood friends set out to fight in a desperate war, but bone-chilling blizzards, waves of imperial soldiers, and the godlike powers of the Valkyria stand between them and victory.”

The Complete Edition includes all six previously released DLC:
“Squad E to the Beach” – Squad E is assigned to cut off one of the Empire’s critical supply lines. The assignment can be accessed after completing Chapter 10 of the main story. Swimsuit uniforms for Claude, Riley, Raz, Kai, and Minerva are included.

“A Captainless Squad” – Rescue dog Ragnarok has gone missing after being neglected by Squad E. Their new mission is is to find the missing pup.

“Expert Level Skirmishes” – Players can take on six missions that are much harder than previous battles. This DLC is unlocked after completing Chapter 18 of the main story.

“The Two Valkyria” – This mission features Lieutenant Colonel Selvaria Bles from previous games. Completing this mission unlocks Crymaria, Nikola, Chiara, and Selvaria in the main game. Like the last DLC, this side quest is only available after completing Chapter 18.

“Advance Ops” – Unlock Headquarters in Chapter 2 and gain the opportunity to obtain a helpful weapon at the start of the game. Players will also access Edy from the first game for use.

“A United Front with Squad 7” – This DLC is a collaborative story between the current Squad E and Squad 7 from the first tile. Completing it will unlock Welkin (in the tank Edelweiss), Alicia, Isara, Largo, and Rosie in the main game.

Previous owners of the title automatically received the Complete Edition content. Gamers will need to update the game through Steam to see the new changes.

The Valkyria Chronicles 4 base game is no longer available on Steam. Any new purchases will be for the Complete Edition. 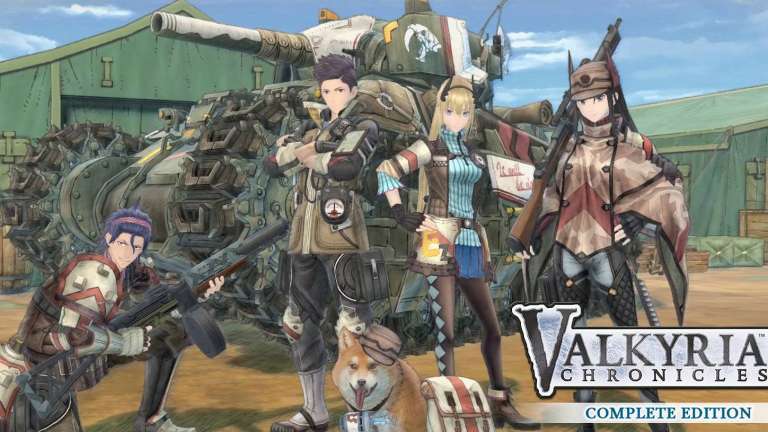 Nov 8, 2019 Lisa Nguyen 7220
Valkyria Chronicles 4 was released last year but has since come to the PC, Nintendo Switch, and Xbox One. The title is a strategy game, similar to...