Valfaris: It’s Possible That It Will Be The Most Metal Game Released In 2019 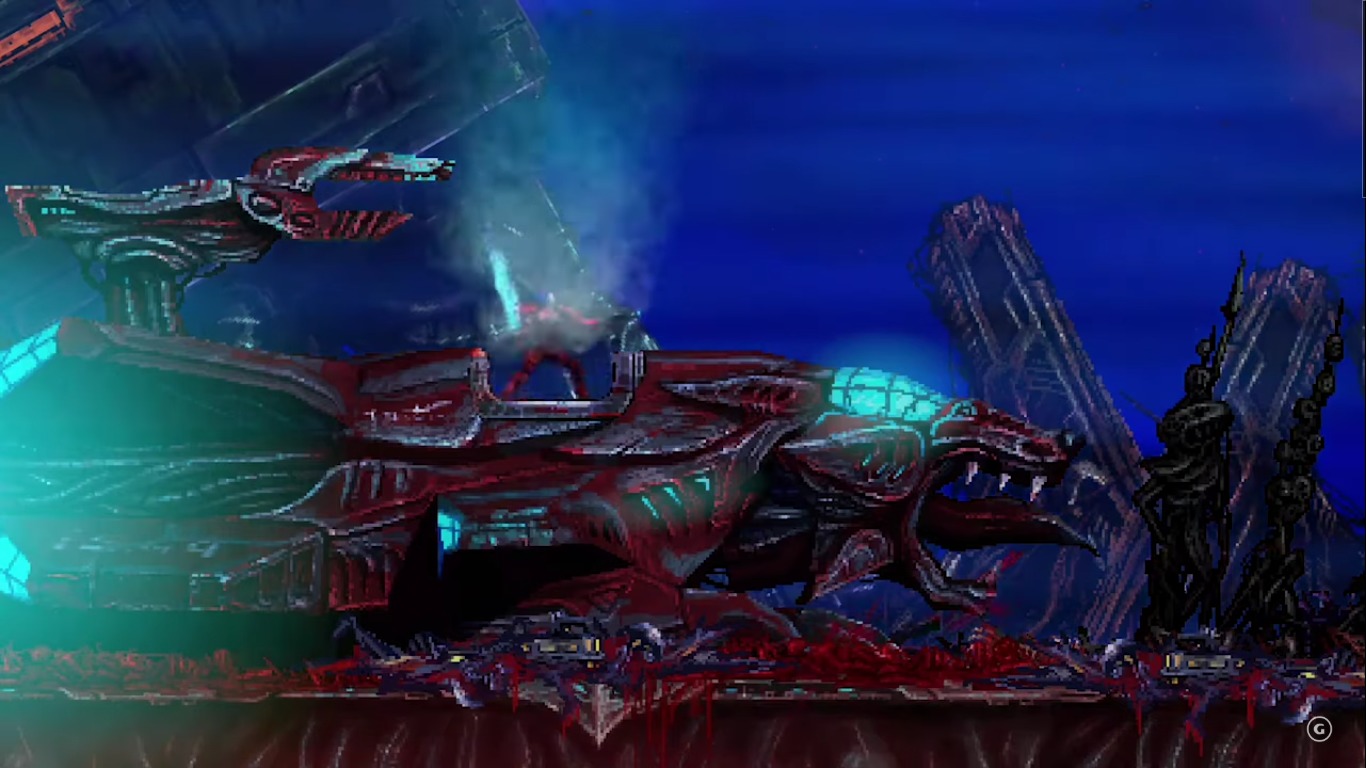 A colorful and loud new gameplay trailer recently came out announcing that the heavy metal, space-themed action/adventure game, Valfaris is going to be released on several different gaming platforms. At first glance, this game looks like something out of a different time. With its incredible pixel art, 2D action and legendary soundtrack, Valfaris is generating a lot of much-deserved buzz. Valfaris is brought to us by the game developers over at, Steel Mantis.

Before even pressing play on the gameplay trailer the color scheme alone of this game resembles something out of a heavy metal music video. That is just a brief introduction to the unique, headbanging ride that this game is. Valfaris is a jam-packed heavy metal space adventure. The gameplay trailer definitely doesn’t fail to deliver on the powerful musical action that will ensue upon Valfaris’ release.

The game introduces us to a rage-fueled character by the name of Therion, who is unafraid of anything and ready for a fight. Returning to Valfaris only to discover that it is in a complete state of turmoil and being swallowed by darkness, which he must fight against. The journey follows our incredibly angsty hero, Therion into the depths of darkness that are ravaging Valfaris as he brutally vanquishes his enemies. The trailer gives future players a glimpse at some of the exciting and over-the-top weaponry in which players will have the pleasure of defeating darkness with, as some awesomely grotesque and purely evil enemies are introduced.

Valfaris is being delivered to us by the same team that created the hit cult game, Slain: Back From Hell which was released in March 2016. The Valfaris gameplay trailer shows off the incredible and intricate pixel art done by artist Andrew Gilmour as well as a portion of its beautifully metal soundtrack that has been put together by Curt Victor Bryant.

There is no exact release date yet, although the game is set to be made available sometime in 2019. Upon its release, Valfaris will be accessible on a variety of several different platforms including PlayStation 4, Nintendo Switch, Xbox One, and Microsoft Windows.

Valfaris truly might be your favorite heavy metal album turned into an epic, hardcore playable, sci-fi adventure. While there is no official release date, if you want to get in on the action early there is an option to play the Valfaris beta version by signing up through the home page on their website.

May 26, 2020 Harry Alston 10650
Wildfire is a game that has flown under the radar and you'd be forgiven for missing its May 26th release on Steam, GOG.com and Humble. Developed by...

Apr 23, 2020 Harry Alston 6520
Every now and then an indie title really captures your attention, and in this case, it's Wildfire. Developed by Sneaky Bastards and presented by...

Feb 19, 2020 Harry Alston 10260
Stela is a new atmospheric puzzle-platformer on the Nintendo Switch, arriving on the Nintendo eShop March 13th, 2020. From Vancouver-based Studio,...