It’s almost as though the warning that Nintendo Entertainment themselves blasted out to retail sites was the proverbial canary in the mine that certain piracy groups would have been intelligent to remove themselves from the group.

It appears that they haven’t, and the United States Justice Department has just put out a statement ‘for immediate release’ stating that two members of the larger entity, known as Team Xecuter, are in the custody in Seattle.

The two named individuals that the report offers are Yuanning Chen, aged 35 and a Chinese national of Shenzhen, and Gary Bowser, a 51-year-old Canadian national residing in the Dominican Republic.

Both are now awaiting trial while Nintendo Entertainment sharpens their claws and finally looks to make an example of pirates after their last few consoles have been exploited and broken in a myriad of ways by those looking for free titles.

If you’ve purchased or registered with Team Xecuter in the past, your pulse might be quickening at the moment: it’s not out of the realm of possibility that Nintendo hunts everyone that has done business with Team Xecuter to get their proverbial pound of flesh, and it has happened in the past in the realm of piracy, although notably with Hollywood instead of video games.

Leaders of the prolific piracy group Team Xecutor have been indicted in the United States. Two members have been arrested, and the Justice Department is seeking extradition of another.https://t.co/u9JiXXO3n0

The precedent, however, is very much there for Nintendo to chase.

What needs to be seen is whether or not the two individuals in custody (that the US Justice states are a part of Team Xecuter) will drop the metaphorical dimes on the rest of the team for lighter sentences, and if they will similarly offer all information from purchasers.

The latter may not entirely be the option of Team Xecuter; a court-ordered search of all PCs could bite users of the piracy chips if Xecuter opted to maintain records of past purchases via mailing lists and receipts. The time to begin sweating bullets is nigh.

Precisely how this court case ends up being carried out and prosecuted could have reverberations across the entire piracy scene for both PC’s and consoles, and Nintendo Entertainment has more than enough capital to pursue this as doggedly as they desire. In much the same way that the Epic versus Apple battle will ripple across the industry, so too could this.

Both individuals in custody have been pursued by the FBI and are being charged with a total of eleven felony counts; it’s believed that the two pirates do not have the clout or funds necessary to make the United States Justice system look the other way.

CS:GO - Organizations Are Arguing Against ESIC Findings Saying That Players Did Not Benefit

Blizzard Takes To The Forums To Clarify Issues With Upcoming World Of Warcraft: Shadowlands Soulshape Ability 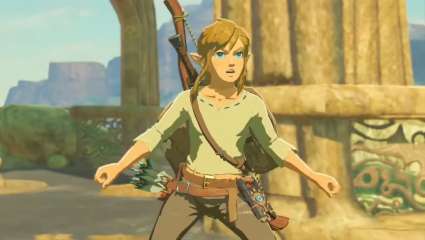 Jan 4, 2021 Chris Miller 1910
Everyone that has had a Nintendo in the past decade has likely created a Mii of themselves, a cartoonish version of their own faces that allows them...

Dec 12, 2020 Kevin J. Kessler 4210
Nintendo icon Masahiro Sakurai, the creator of both Super Smash Bros. and Kirby, will be hosting a special video presentation next week to fully...

Dec 11, 2020 Kevin J. Kessler 2650
It's official. One of the greatest villains in the history of video games will be coming to the Super Smash Bros. Ultimate roster. Last night,...