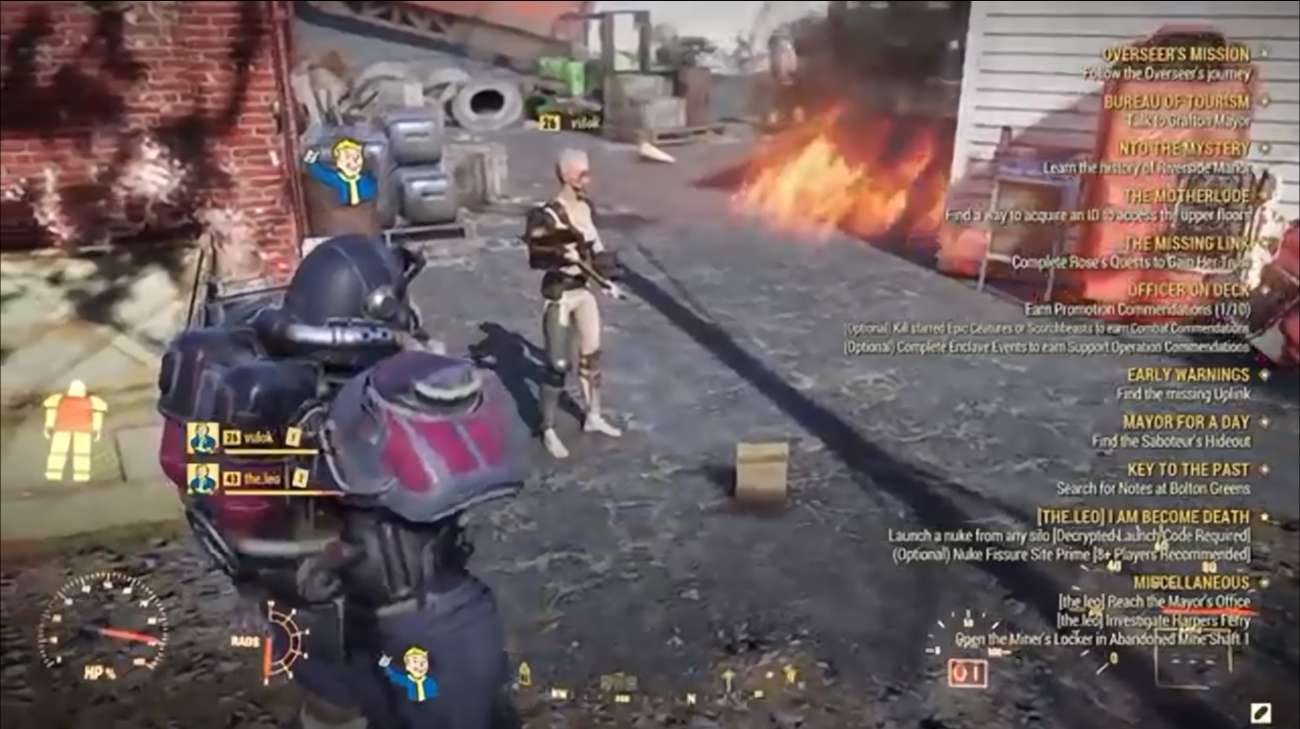 It’s finally that time for Fallout 76 players. The time when they get to experience some much-needed improvements as part of Update 16. If you’ve followed this game since launch, you know it hasn’t been easy for Bethesda. They’ve run into a lot of issues post-launch that have gotten a lot of fans in an uproar.

That didn’t stop them from working on the game, though. They have done everything they can to improve various aspects here and there. The Wastelanders update, in particular, is expected to improve so many aspects. That isn’t coming until the first quarter of 2020, though.

For now, users will have to settle for Update 16. It’s officially live for all major platforms. But is it enough to get fans to return or perhaps even pick up Fallout 76 for the first time? Let’s take a closer look. For starters, the battle royale section called Nuclear Winter is receiving a major change.

Now, players will have a couple of maps to select from. There is a choice system that gives players the chance to vote where they want to play as well. The added freedom should make Nuclear Winter a much better mode in Fallout 76. Fans seem to really like its format, which if you’re not familiar with battle royale games, pits players against each other until only one remains. It’s a pretty successful concept that many developers have cashed in on. Not surprisingly, it’s one of the best aspects of Fallout 76 currently.

Given that the holidays are fast approaching, it makes sense that there would be some festive events. Players are getting one called Holiday Scorched Event. Scorched enemies in this event will sport festive attire. It should get you in the mood for the season of giving. If you’re able to take down one of these holiday-themed enemies, you’ll net a holiday gift. It will be ranked either low, medium, or high-quality. Thus, there are plenty of incentives to participate in this event for the chance of earning some incredible loot.

The major takeaway from Update 16 is Bethesda is finally starting to listen to the community. They’ve brought several requested features and hopefully, they don’t stop any time soon. If they continue to improve Fallout 76, then it just might be the action-adventure RPG that many hoped for in the beginning. It’s certainly worth hoping for. With every update, a couple of major aspects get better. Let’s see if Bethesda can keep this momentum.

Two Limited-Time Modes Have Been Added To Call of Duty: Modern Warfare, Infected And GunFight O.S.P.