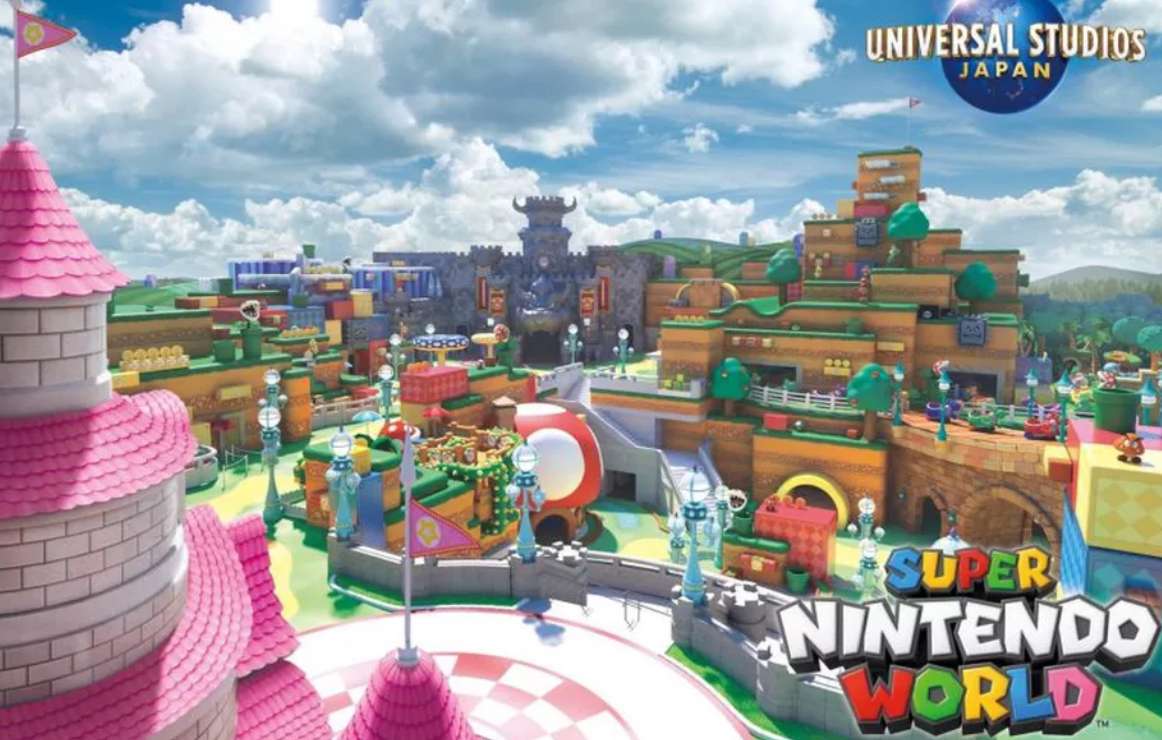 Since news broke of Universal’s plans to create Super Nintendo World in Universal Studios Japan, American vacationers have been speculating as to when or if the new theme park land would be coming stateside.

With Universal having two American theme parks, Universal Studios Hollywood in California and Universal Orlando Resort in Florida, it seemed a lock to many that the Comcast-owned company would be bringing this new innovation in theme park adventure to the US.

Those rumors only strengthened as Universal announced plans for its fourth major park in Orlando, Epic Universe. Fans guessed that Super Nintendo World would be a cornerstone of this new park.

It turns out that they were correct.

Universal executives announced today that Super Nintendo World will be coming to Epic Universe, set to open to guests in 2023. The announcement was made during Comcast’s 2019 earnings call. While fans of the parks have expected this announcement for some time, it is the first time Universal or Comcast has officially acknowledged the rumors.

Comcast executives noted that, “Nintendo, based on our research, is the biggest potential driver in attendance you can have in terms of intellectual properties. It’s up there with Harry Potter, and in some of our parks, Harry Potter drives incremental attendance of 2 million people.”

Super Nintendo World will focus on some of the most iconic video game characters of all time, including Mario, Bowser, Princess Peach, and Yoshi, among others.

“Think of Super Nintendo World as a life-size, living video game where you become one of the characters,” Thierry Coup, the senior VP and chief creative officer of Universal Creative, said earlier this month. “You’re not just playing the game; you’re living the game, you’re living the adventure. Nintendo’s most iconic characters and experiences will be brought to life, including Mushroom Kingdom, Peach’s Castle, an incredible Mario Kart ride, Bowser’s Castle, and more.”

Epic Universe will be the long rumored fourth gate of Universal Orlando. It joins Universal Studios Orlando, Islands of Adventure, and Volcano Bay, which are currently cornerstones of Central Florida tourism.

Universal is likely seeking to combat its arch rival Disney, which recently unveiled Star Wars Galaxy’s Edge in both Disneyland in California and Disney’s Hollywood Studios at Walt Disney World in Orlando Florida.

The Mario Kart attraction is the only major announced ride coming to Super Nintendo World, but it is likely that there will be many more announced before the land opens to the public.