Turok 2: Seeds Of Evil Will Be Free For Twitch Prime Subscribers In July 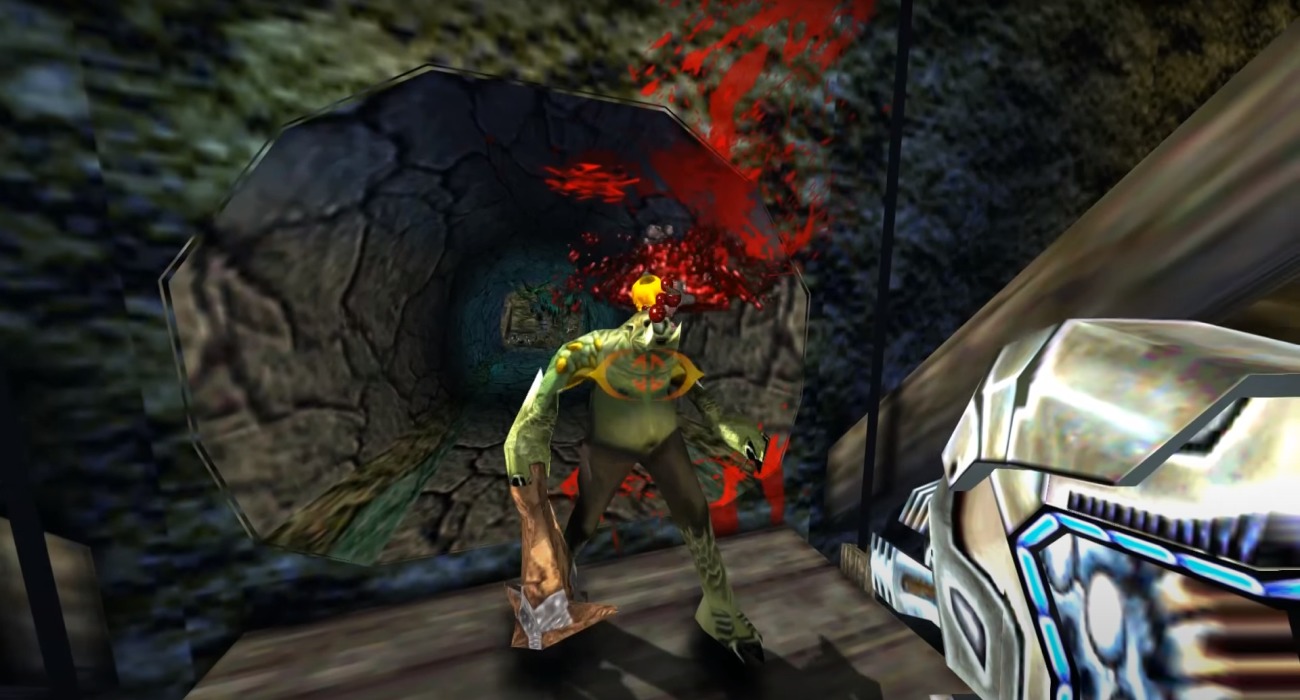 Having a Twitch Prime membership definitely comes with its perks. This is particularly true in regards to free games. Like a lot of other programs, Twitch Prime is constantly giving away batches of free games.

They’re definitely needed as the world is still dealing with Covid-19. July is finally here and that means a new wave of free offerings. One of the more noteworthy freebies this month for Twitch Prime members is Turok 2: Seeds of Evil.

It’s an old game that released back in 1998, but it definitely was a heavy-hitter at the time for the Nintendo 64. You can go back in time and experience its amazing dinosaur-hunting action for free if you have a Twitch Prime subscription.

The sequel improves upon the original Turok in meaningful ways. For example, Turok 2 has sprawling environments with even more detail and enemies to conquer. There are a total of 35 different enemy types you’ll get to do battle against, in fact.

That’s plenty of unique combat encounters that you have to look forward to, whether it’s veracious raptors or monstrous creatures with tentacles. Whatever monsters you encounter, you’ll have plenty of ways to take them down thanks to the developer including over 20 weapons.

Like the original, each one is uniquely designed with amazing firepower. Some can cause explosions that deal out a ton of damage while others are more precise. You even have the ability to ride on top of an artillery-powered T-Rex. It’s an incredible experience that gives you the upper hand in most battles.

The gameplay is also much improved compared to the original. Now when you hit dinosaurs and bosses, their bodies spasm in unique ways. It makes gameplay all the more diverse and interesting.

As far as the levels, they have much more of an open design. You take pleasure in exploring the unknown areas wondering what pre-historic creatures are waiting to take you out behind the bushes.

Even the multiplayer is a shining aspect of Turok 2. It lets you battle with friends seeing who the ultimate hunter is.

Turok 2 may seem a bit dated by today’s gaming standards, but it’s sometimes fun to re-visit classic titles that had a huge impact on the industry at the time. Turok 2 is one of these titles and it won’t cease to deliver in the fun department.

Whether you’re taking down dinosaurs in the story or looking to gain a superior advantage in multiplayer, Turok 2 constantly delivers. It can be yours right now for nothing if you have a Twitch Prime membership.

Nov 4, 2022 Tom Lee 200
This week, when visiting Los Angeles, a GTA Online user discovered a shocking discovery: their very own residential building within the game. Many of...

Nov 4, 2022 Tom Lee 330
There are allegations that Blizzard's mobile action-RPG entry, Diablo Immortal, has made over $300 million in sales. The massively successful Raid:...