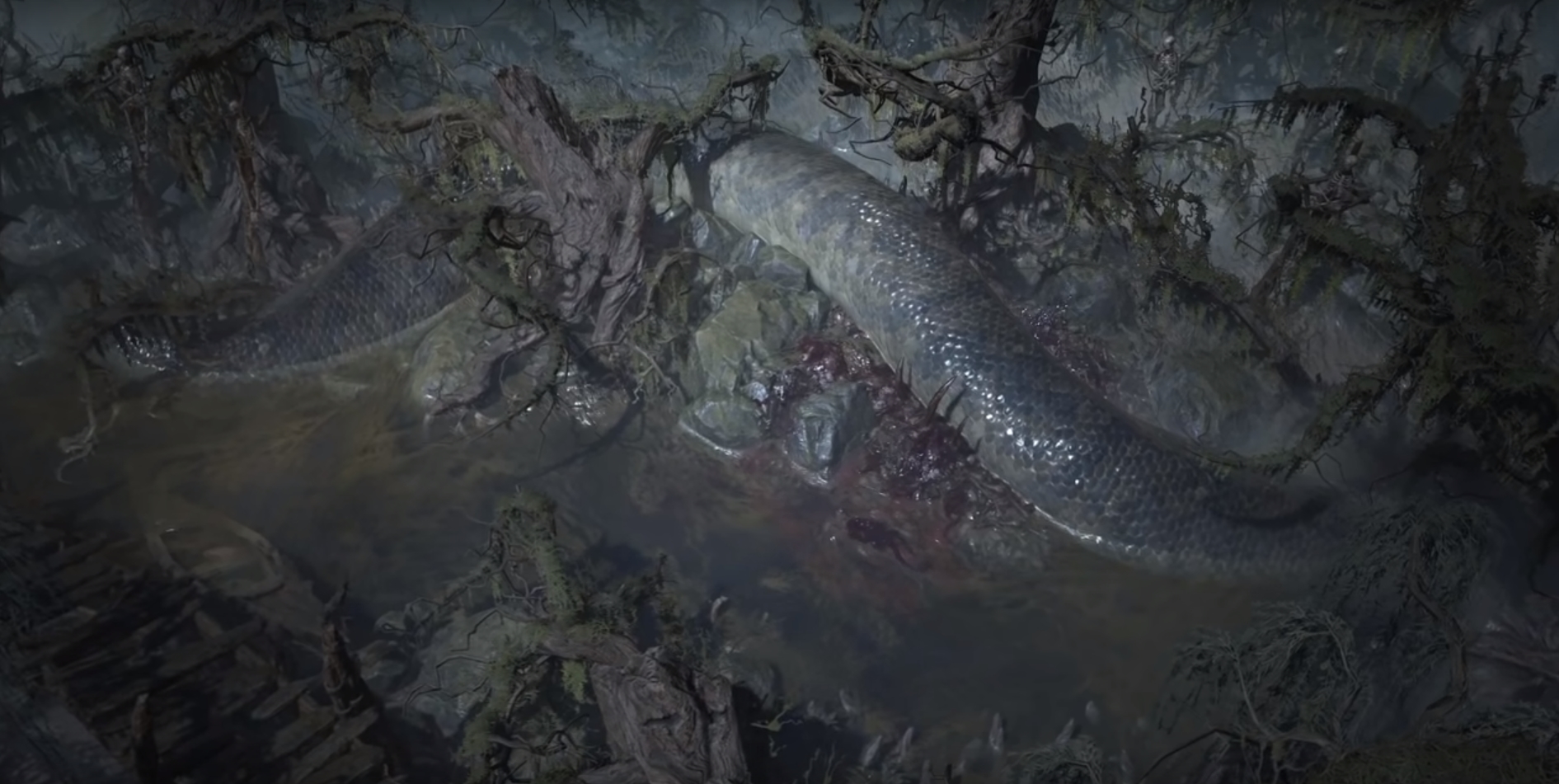 Part of BlizzCon this year was dedicated to showcasing the wonderful new places we’ll be journeying within Sanctuary on the upcoming Diablo IV. These treacherous zones are dark and grim territories that house countless threats ready to cut down even the most prepared adventurer.

Of these, the waterlogged marshes of Hawezar seem like they might be the most deadly of all.

At first glance, the swamplands of Hawezar seem somewhat familiar to the rainforests of Kurast that veteran players visited back in Diablo II. In the unveiling, it was described thusly:

“Poison, disease, and despair spread over this region like mold, growing and infecting everything within. Hawezar is a deadly land, even to those familiar with its tortuous—and torturous—paths. Witches intone long-forgotten curses within the swamps, and only those who deal in death—or wish to find it—willingly come here.“

If you’ve been playing World of Warcraft, then the mention of poison and witches might drum up imagery of Drustvar as well. It seems like Blizzard is wanting to go into the classic mythos of demons by bringing good old-fashioned witches back into the Diablo franchise.

Witches, poison, and disease aren’t the only things taking you out. Giant beasts prowl and slither through the marshlands, ready to snatch an adventurer by the throat and drag them home for a meal. Unnaturally enormous snakes and serpents twist their way through the swamps, worshipped by the witches that call the dreary place home.

These winding swamps will be an easy environment to get lost in. According to what we know, the swamps are home to those that have come to them to lose themselves and be forgotten. Certainly, that means that witches have no shortage of souls to torment in taking them from those that have lost themselves to despair. The dark marshes of Hawezar seem to be a perfect blend with the decidedly-darker tone the already sinister franchise is taking.

We aren’t sure what kind of enemies we’ll be fighting other than these witches and, presumably, giant snakes. While there’s nothing to confirm this happening, how great would a boss fight with a snake massive enough to curl through the forest be?

Either way, more information is certain to become available about this mysterious, despair-ridden swampland. The witches, snakes, and myriad of other creatures will have to wait until the launch date to be taken care of. Until then, players will be hanging on every word that Blizzard sees fit to give out.