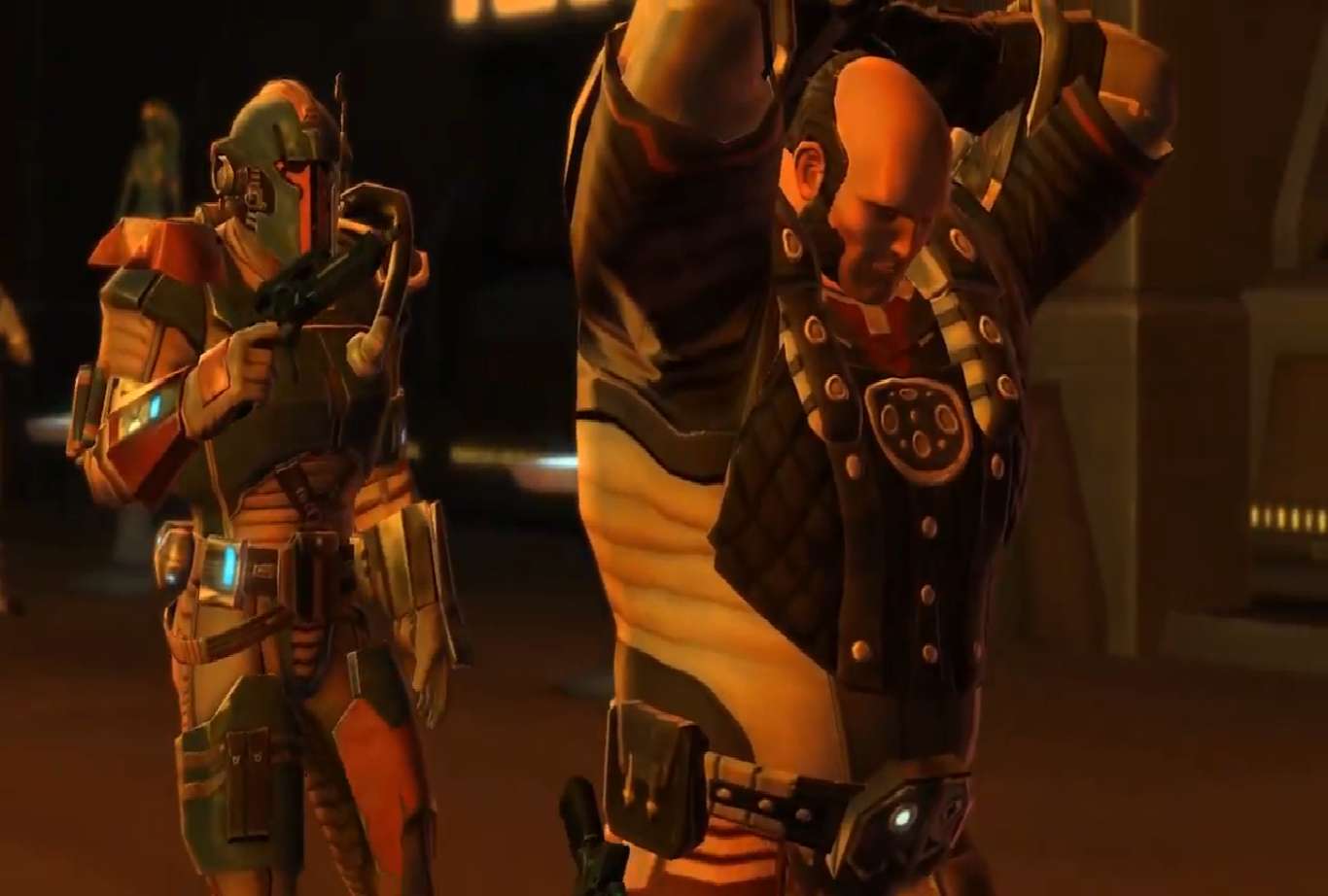 Trooper and Bounty Hunter players, like all the other classes, have gained new abilities and new set bonuses for their classes. These abilities and set bonuses continue to make the playstyles of these classes more unique and more tailored to an individual player’s playstyle.

As always, set bonuses begin with a general set of set bonuses for both the Trooper and Bounty Hunter in general. Starting with the Game Plan set bonus, players get+2% Mastery at two pieces and at four pieces, whenever  Adrenaline Rush/Kolto Overload’s Fired Up/Health Monitor is triggered for the first time, it deals damage back to the enemy who damaged the player.

Moving on to Hunter Killer, players get +2% Endurance at two pieces and at four, Stealth Scan also applies Stealth Protection to the player, scanning a small area around them. The Squad Leader set grants +2% Endurance at two pieces, and whenever the player takes damage with Reactive Shield/Energy Shield, a weaker shield is applied to nearby allies for 3 seconds at four pieces.  And with the Woad’s Instinct set, players get +2% Mastery at two pieces, and at four, Reserve Powercell/Thermal Sensor Override gains 2 charges instead of the 1 charge players get normally.

Moving on to Commando and Mercenary, players will receive a second charge of their ability Propulsion Round/Rocket Out at 72. This ability, as it did before, allows players to rocket away from an opponent and allows them to continue to fight from the range the classes were designed for.

As for the set bonuses, we start with Apex Predator, which grant +2% Mastery at two pieces, activating Charged Bolts/Power Shot, Grav Round/Tracer Missile or Medical Probe/Rapid Scan increases the critical chance of the next these abilities by 10% at four pieces, and these stack up to 5 times, though the stack is removed on the 6th. And with all six pieces, dealing damage with Charged Bolts/Power Shot or Grav Round/Tracer Missile and healing with Medical Probe/Rapid Scan grants a stack of Power Step, stacking up to 5 times. At 5 stacks, the of these abilities is more effective and depletes no energy cells.

Moving on to Concentrated Fire, players get access to +2% Mastery at two pieces, and at four, players gain a stack of Supercharge, which increases the critical chance by 10% for 10 seconds. This effect can only occur once every 10 seconds. Finally, at all six pieces, doing damage or healing an ally has a 5% chance to build a Supercharge, which can only occur once every 3 seconds. After activating Supercharged, the next High Impact Bolt/Rail Shot or Mag Bolt/Mag Shot critically hits.

The final set bonus for the Commando/Mercenary is their healing set bonus, Tech Medic. Tech Medic grants +2% Mastery at twp pieces, and  Emergency Medical Probe/Onboard AED becomes instant-cast at four pieces. And with all six pieces, Diversion/Chaff Flare heals all allies around the player.

Vanguard and Powertechs have had the most changes to their classes. First off, the developers have removed the Focus Stims/Fuel Additives utility, and replaced it with Power Focus/Combustion Chamber, which makes it so Power Yield increases damage done by an additional 2% when attacked while Ion Gas Cylinder is being utilized and refreshes its duration when attacked while Ion Gas Cylinder is not being utilized. Power Yield cannot last longer than 30 seconds.

The new abilities for both classes are the same; at level 72 Vanguard/Powertech players will receive a new ability, Power Yield. Power Yield increases armor by 40% and damage done by 2% for 10 seconds. Getting attacked during this time adds an additional stack, up to 5 times, for 200% armor and 10% damage done.

Finally, the set bonuses start with Meteor Brawler, which grants +2% Endurance at two pieces, and Shockstrike/Flaming Fist and Stockstrike/Rocket Punch’s energy cost is reduced by 4. Shockstrike/Flaming Fist and Magnetic Blast increase damage dealt by 10% for 15 seconds,  though this effect cannot occur more than once every 30 seconds. And with all six pieces, activating Energy Shield gives players Firefall for the duration of Energy Shield. During this time, dealing damage with Ion Wave/Searing Wave, Ion Pulse/Flame Burst, Magnetic Blast, Stockstrike/Rocket Punch, or Shockstrike/Flaming Fist builds up to 7 stacks of Firefall. When Energy Shield ends, it detonates dealing elemental damage to all enemies around that scales with Firefall stacks. After it explodes, heat-using abilities cost 50% less heat for 20 seconds.

The Right Price set bonus grants +2% Mastery at two pieces, and four pieces makes it so Battle Focus/Explosive Fuel increases damage done by 20% while Ion Cells/Ion Gas Cylinder is being utilized and increases damage reduction by 10% while Ion Cells is not being utilized. And with all six pieces, each time the player takes damage while under Power Yield the cooldown of Battle Focus/Explosive Fuel is reduced by 3 seconds.

And finally, the Veteran Ranger set grants +2% Mastery at two pieces, and Ion Wave/Searing Wave makes all targets Vulnerable to Shoulder Cannon for 5 seconds. While Shoulder Cannon loads missiles you restore 2 energy per second. And with all six pieces, each Shoulder Cannon rocket has a 75% chance to trigger an additional rocket.

Each class has new tacticals that further benefit these set bonuses, which continue to make playstyles more unique to every player who wishes to play them.