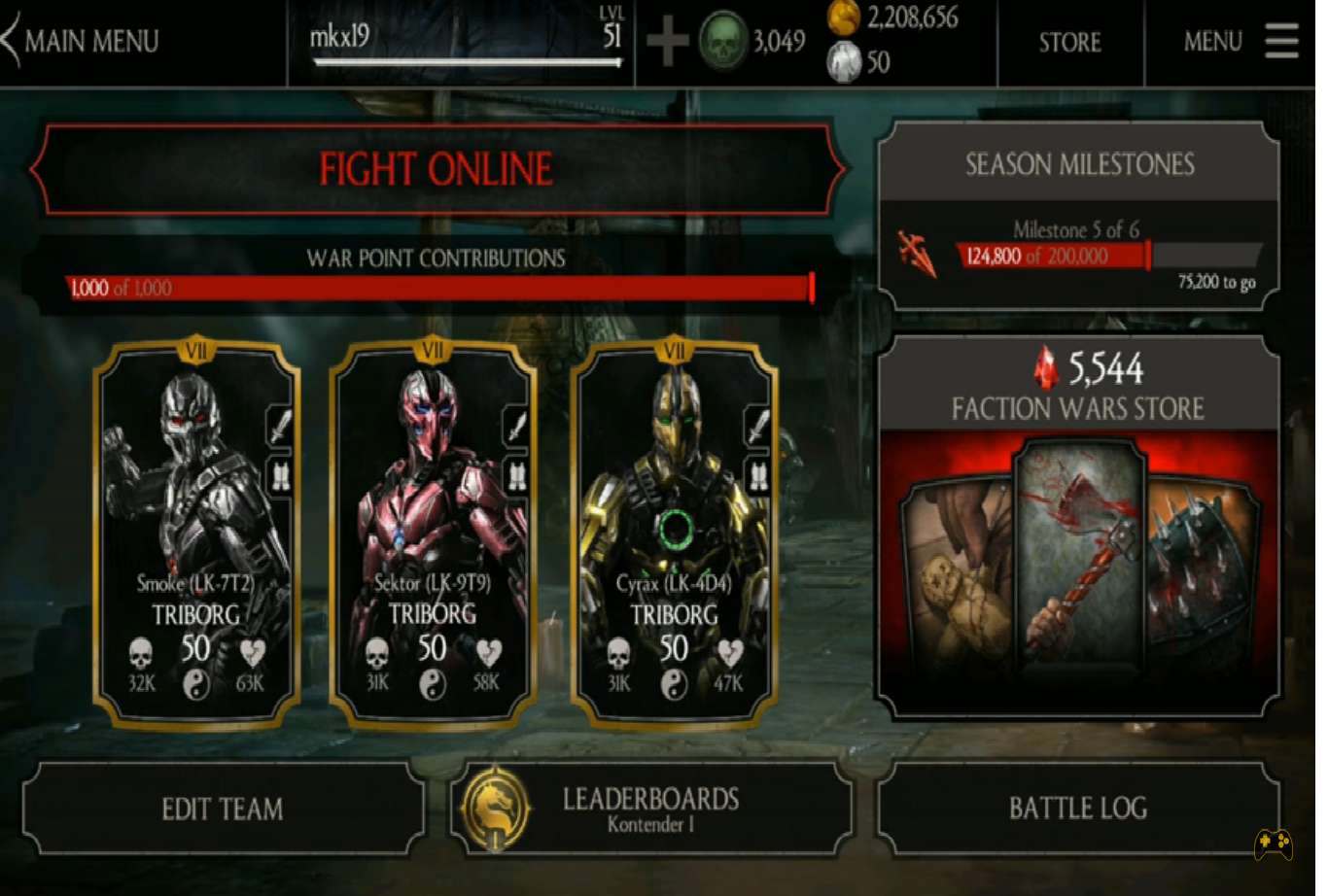 Mortal Kombat Mobile releases challenge towers every week for players to fight through, and each week, it is a new character. For this week’s challenge tower, it is the android Cyberninja, Triborg.

Triborg was a DLC character in Mortal Kombat X and XL, and was a combination of cyber-Cyrax, cyber-Sektor, and cyber-Smoke, with cyber-Sub Zero being made available later. What was most interesting about this selection of characters is that cyber-Smoke wasn’t a character in the current Mortal Kombat timeline.

Unfortunately for Smoke, a darker fate waited for him; instead of becoming a cyber Lin Kuei, he became a Revenant of the Netherrealm, a slave to Quan Chi and the fallen Elder God Shinnok. And even though this incarnation of Smoke remains unplayable at this point in time, long time fans can play as his cyborg version in Mortal Kombat X and XL and in Mortal Kombat Mobile.

Triborg Smoke plays like cyber-Smoke did in the Midway timeline, with his harpoon, the ability to temporarily disappear in a puff of smoke, and has very much the same move set as he did in the 2D games, with a little bit of movement from the 3D games. His X-ray, however, plays on the Triborg gimmick where it is the same across all versions of Triborg. His fatalities also play into the Triborg gimmick, where the three original versions of Triborg come together and take down his foe unless the player is playing as Triborg Sub Zero, in which case, Sub Zero takes the place of Smoke in the animation.

The Mortal Kombat Mobile challenge tower that is currently available to unlock Triborg Smoke has 5 towers, each with different criteria to complete it. The first tower limits players to Bronze Tier characters, the second Silver and Bronze and the third limits to Silver Tier. But it is the fourth and fifth towers that are interesting; in the fourth tower, a team can only be made up of female characters. And in the final tower requires D’Vorah to be on the team.

These towers can be completed up to three times with increasing difficulty, thus allowing players to upgrade the Triborg Smoke card 3 times, making him far more powerful than his first-tier card.

Triborg Smoke will only be available until December 5, 2019, so if players want access to him, they’ll need to run through those towers quickly.  Fans of this potent version of Triborg won’t want to miss out on him.