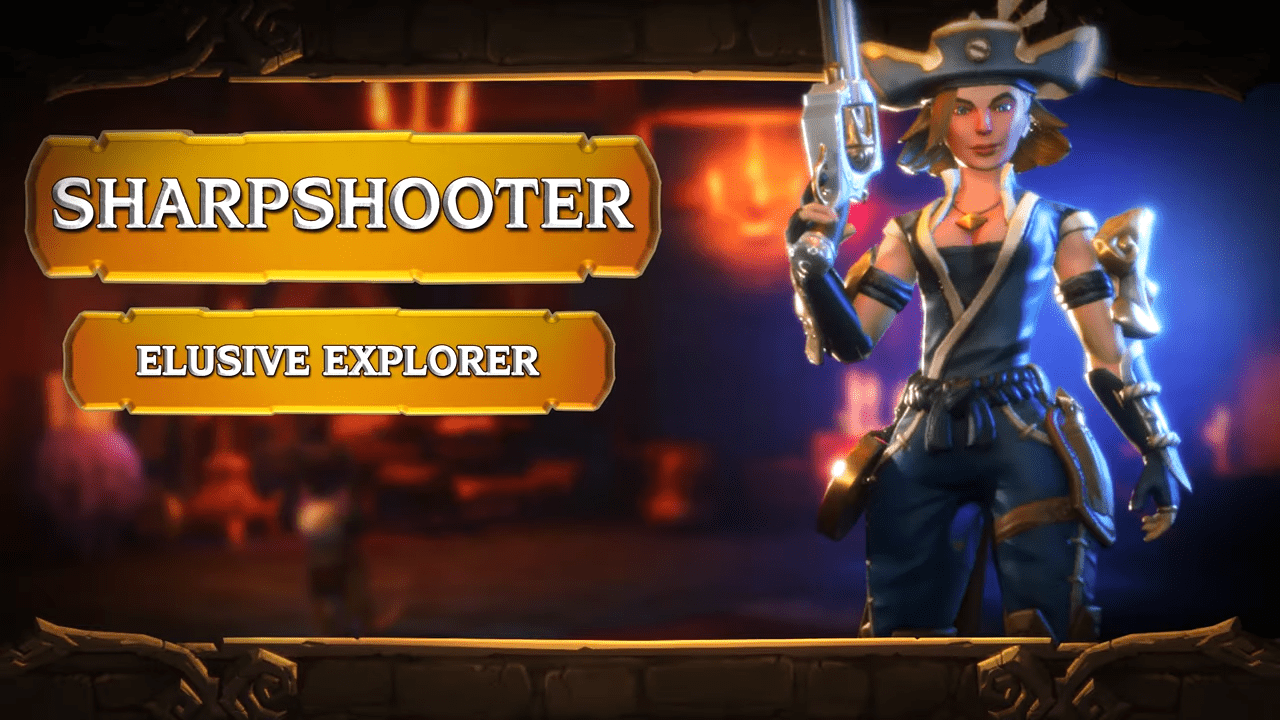 The developers at Runic Games have been hard at work on the upcoming Torchlight 3, which has gone a conceptual free-to-play game to a fully-fledged game with a price tag as the studio appears to be puzzling over what, precisely, is next for the franchise.

Admittedly, it’s a difficult question for any developer looking to craft a sequel of a long-loved franchise; what to change and tweak, what to bolster, what to remove entirely; the wrong answers to those questions can result to the franchise suddenly crashing and disappearing into the nether of game development; Deus Ex waves hello.

Runic Games thus far seems to be content with bolstering a bit of what they already have in the ARPG franchise Torchlight 3; many of the screens seem almost spitting images of Torchlight 2, although classes and monsters seem to be…rejuvenated with some fresh air.

This unique class is all about precision shooting and summoning spirits. Combining distinct abilities with trinkets allows you to create custom builds that speak directly to your unique ranged playstyle.https://t.co/SY4M9TD4Zu

The Sharpshooter class has just been unveiled on YouTube by Runic Games in a clip that lasts almost a minute in length.  The abilities seem to be standard fare for fans of Path of Exile or even Diablo in regards to there only being so much creativity that you can add to a projective weapon.

In the trailer, we can readily see lobbed shots being used as a type of indirect fire, along with classic sweeping shots that attack a large area in front of the character.  Again, nothing too mind-blowing aside from the fact that Torchlight 3 will have what appears to be a dedicated ranged weapon user.  This announcement is a vital step for Runic Games however, in gauging the popularity of what snippets have been seen by the public eye.

It’s vital for all players of a title to find a specific character that appeals to their play style, along with appropriate abilities that excites them to progress through the levels.  In the past, many have found this to be Torchlight’s Achilles heel; inconsequential numbers and slight boosts being generated across a small tree, versus other ARPG titans such as Path of Exile that encourage players to find whatever style fits their desires, across a smorgasbord of options.

Torchlight 2 was saved from many of the pitfalls by embracing modding which added a slew of in-depth mechanics and characters that frankly blew Runic Games out of the water in terms of scope.  Ideally, Torchlight 3 will host enough varied playstyles and differing mechanics that Torchlight 3 won’t need to lean on mods for scope, but instead of flavor.

Dec 1, 2020 Harry Alston 5710
Version 1.1 is now available in Genshin Impact, with the introduction of brand new story content, quests, and new characters to discover. 1.1 is now...

Oct 12, 2020 Harry Alston 11450
Torchlight 3 is out this week - officially - on consoles and PC. It has been available on Steam in early access since June, and the reviews so far...