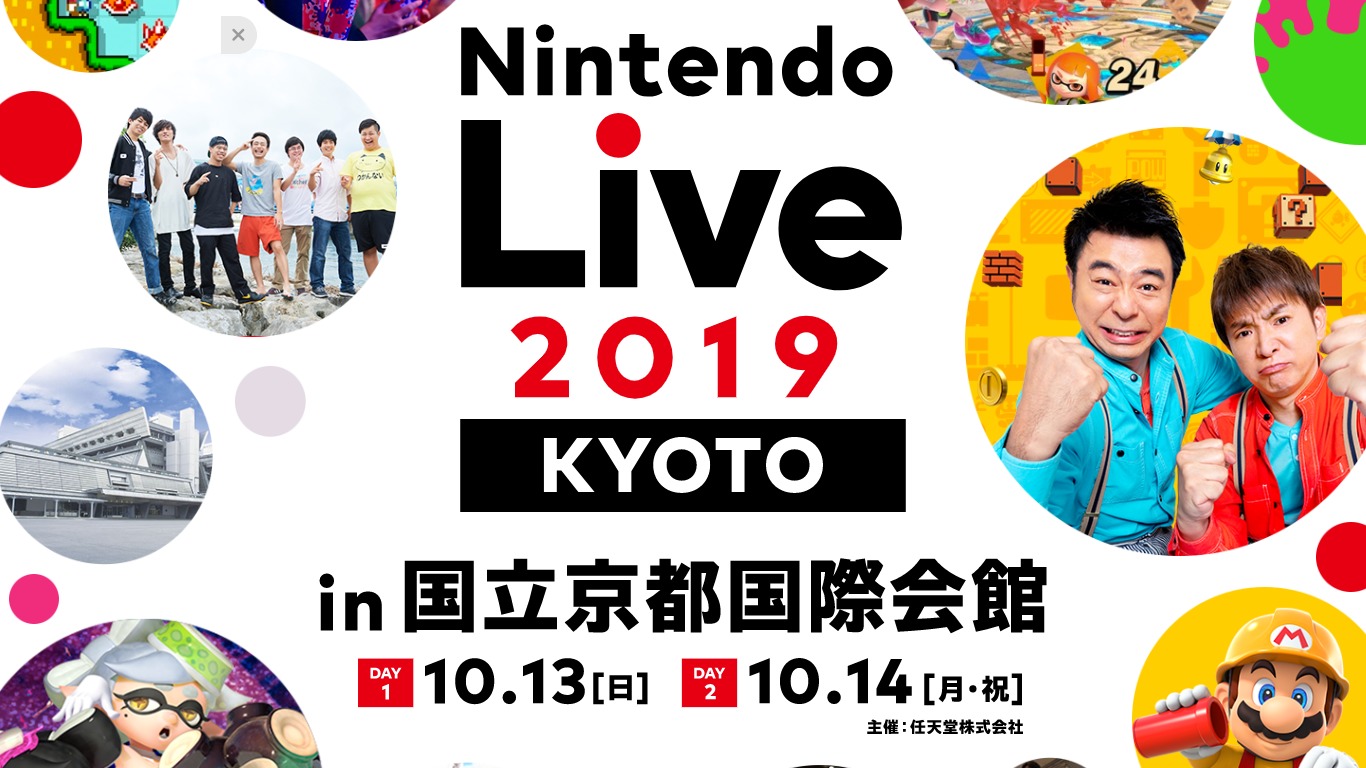 Great news for long-time Nintendo fans. Coming up this October, Nintendo will be hosting its Nintendo Live Gaming Expo this year in Kyoto, Japan. Last year, the event had taken place in Tokyo, so there will not be much of a change. Of course, Live is primarily directed at Japanese audiences, but there might be a lot to expect for the rest of us.

Nintendo’s 2019 exhibition will be the second of its kind ever hosted by the international gaming company. The two-day event will be entirely in Japanese and will feature dozens of events, displays, and tournaments. Those tournaments that are available include Super Smash Bros. Ultimate, Splatoon 2, and Super Mario Maker 2. The event will take place on October 13th and 14th. As of now, no word on whether or not tickets have been put for sale.

The exhibition will include several shows performed for Japanese gamers’ entertainment. There will be music shows based on Nintendo’s Splatoon franchise and a comedy show featuring the comedy group Yoiko, from Osaka, as well as Shinya Arino, who is best known for the show GameCenter CX.

Most of Nintendo’s non-Japanese fan base will not find much going on for either show. (That is, unless you can speak Japanese.) But there is plenty of other stuff going on as well.

First, there are the tournaments for Super Smash Bros. Ultimate, Splatoon 2, and Super Mario Maker 2. Participants will get the chance to take each other on for potential prizes and name recognition. Nintendo’s on-going Labo contest winners will also be announced at the expo.

In addition to the tournaments that will be taking place, there will likely be dozens of game demos on-site for upcoming releases. As of this writing, there is no word on which demos will be on preview at the gaming conference. And while Nintendo had not said whether or not there will be any reveals during the expo, that doesn’t mean there won’t be.

This will be the second Nintendo Live Expo ever. So there is a lot we still do not know about what kind of news we can expect from the show. In the coming weeks, we will find out more about what to expect, including major reveals and more.

While many hardcore, English-speaking Nintendo fans may not be able to understand much of the tournament, if they are willing to undergo a bit of culture shock, the 2019 Nintendo Live Expo looks like a lot of fun. For the rest of us, we’ll have to keep an eye on the news and see what kind of developments wind up coming out of Nintendo Live.

MSI GE65 Raider: Finally, A Gaming Laptop That’s Going To Be Worth Your While

Jul 4, 2022 Stephen West 310
Sea of ​​Stars is an upcoming turn-based RPG created by developer Sabotage Studio, developer of the side-scrolling platform game The...