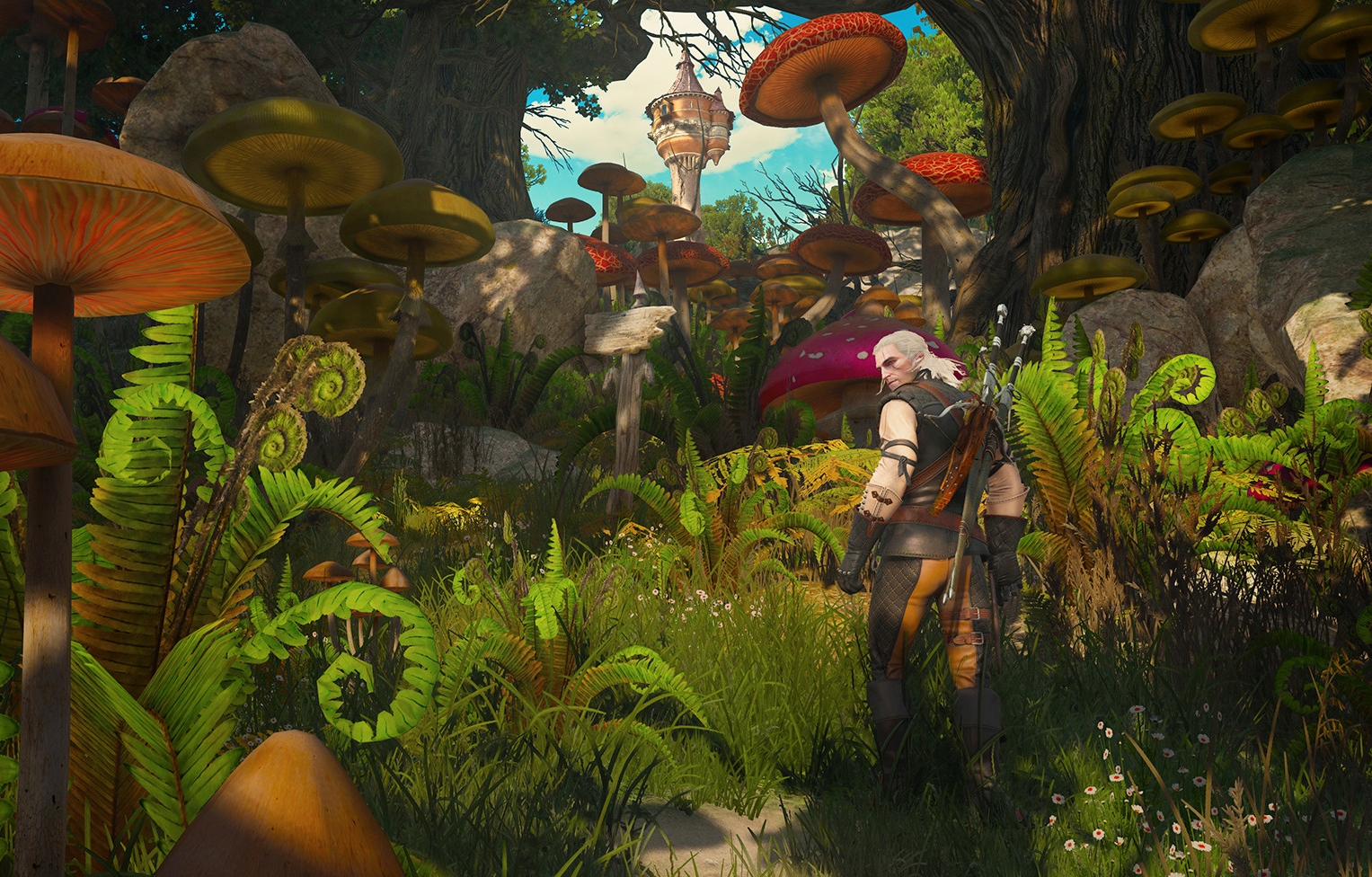 CD Projekt Red’s The Witcher 3: Wild Hunt continues to rise in popularity thanks to the release of the live-action adaptation on Netflix. Not only have newcomers to the series begun reading the original novel series by Andrzej Sapkowski, but they are returning to the trilogy.

Some modders have never stopped work on The Witcher 3: Wild Hunt. The Witcher 3 HD Reworked Project by Halk Hogan PL aims to improve the graphics of the game by overhauling character models and environmental textures.

The newest update has added graphic overhauls to more areas, including Toussaint, a massive region featured in the Blood and Wine DLC.

The official mod page has more examples of the original game’s graphics compared to the mod upgrade. The full list of changes from the mod page includes detailed textures without any unnecessary VRAM losses, high-quality detailed meshes created from scratch with good optimization, increased level of details and rendering details, and more to keep consistent with the original artistic vision from CD Projekt Red.

The mod is only available for PC users. The mod creator has added additional information on how the mod may change performance, including a possible decrease in FPS by 0-5.

The Witcher 3: Wild Hunt is the last title in the trilogy. “The Witcher: Wild Hunt is a story-driven open world RPG set in a visually stunning fantasy universe full of meaningful choices and impactful consequences. In The Witcher, you play as professional monster hunter Geralt of Rivia tasked with finding a child of prophecy in a vast open world rich with merchant cities, pirate islands, dangerous mountain passes, and forgotten caverns to explore.” states the Steam store summary.

For those who can’t get enough of the series, GWENT: The Witcher Card Game is still ongoing. The game is still available on PC with a recent release on iOS and Android. Thronebreaker: The Witcher Tales was also released on the Nintendo Switch. The game is also a spin-off of The Witcher trilogy that focuses on Queen Meve, a character mentioned in the TW3 and the novel series.

The Witcher 3 HD Reworked version 11.0 mod is only part of a series of projects aimed at improving the quality of the third game. It is compatible with all lighting mods to make the game even more beautiful, years after its initial release in 2015.

QuakeCon Has Been Officially Cancelled Due To COVID-19, Despite Being Scheduled For August