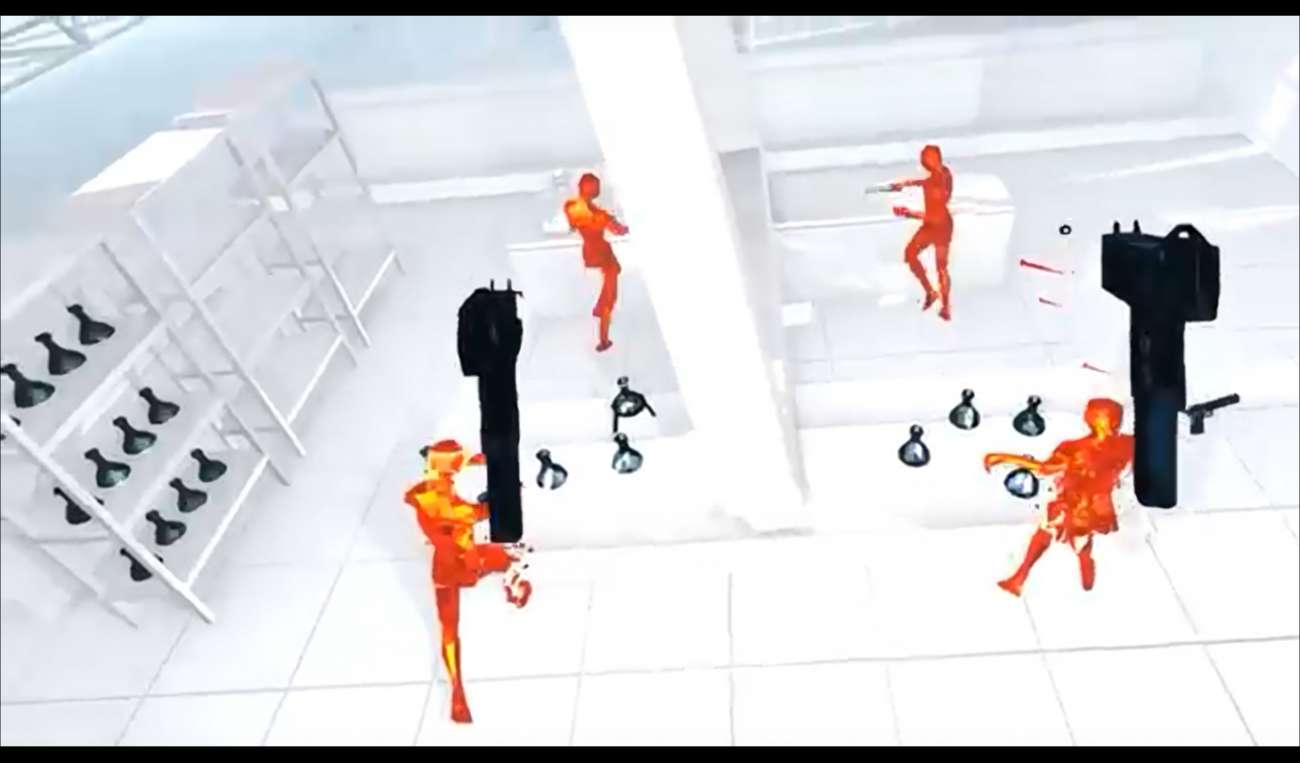 Superhot is one of the more unique first-person shooters on the market today. The people at SUPERHOT Team did a phenomenal job coming up with a unique premise and standout visuals. You would be hard-pressed to find another game quite like Superhot, quite honestly. The game originally released back in 2016. A VR title soon followed on various VR headsets.

Now, the game could be coming to the ever-popular Nintendo Switch. That’s according to one dataminer who came across information indicating a release announcement during a Nintendo Direct that’s set to take place Monday morning. Nothing has been officially confirmed by Nintendo, but others in the know are confirming this news as well.

We’ll soon find out shortly. If the rumors and leaks are true, this is huge news for Nintendo Switch users. Superhot is such an addicting game thanks to its unique premise. Time only progresses when your player moves. You thus have the ability to assess your combat situation before proceeding.

If you’re trapped and enemies seem to be advancing on your position quickly, you can just stop what you’re doing. You’ll have plenty of time to re-calculate your strategy or continue with your course hoping for a little bit of luck. Either way, never before has this design shown up in a first-person shooter. It makes the game surreal in a sense, as if you’re fighting against enemies in a dream.

Even the visuals have a dream-like vibe to them. They don’t feature the most in-depth details. That’s part of Superhot’s charm, though. Enemies appear in bright red while weapons are depicted in black. The minimalist design works well and immerses you in a fantasy-like combat situation. It’s a good time regardless of how successful you are at taking out targets.

Being able to play this popular shooter on the Switch is amazing to contemplate. It wouldn’t be surprising to see this game sell extremely well on the system thanks to its portability. You won’t be able to run and gun your way through different areas. Instead, a lot of strategy will be involved. Even difficult portions leave you wanting more, though.

It’s also nice to see the weapon variety in this game. There’s something for every type of combat situation. If you’ve been craving a first-person shooter with an interesting take on the Switch, Superhot is that game. Let’s just hope Nintendo confirms it coming to the Switch by tomorrow.

Jul 5, 2022 Tom Lee 40
Nintendo has just released a new update to its Nintendo Switch Online app, which is now available for download on iOS and Android devices. Update...