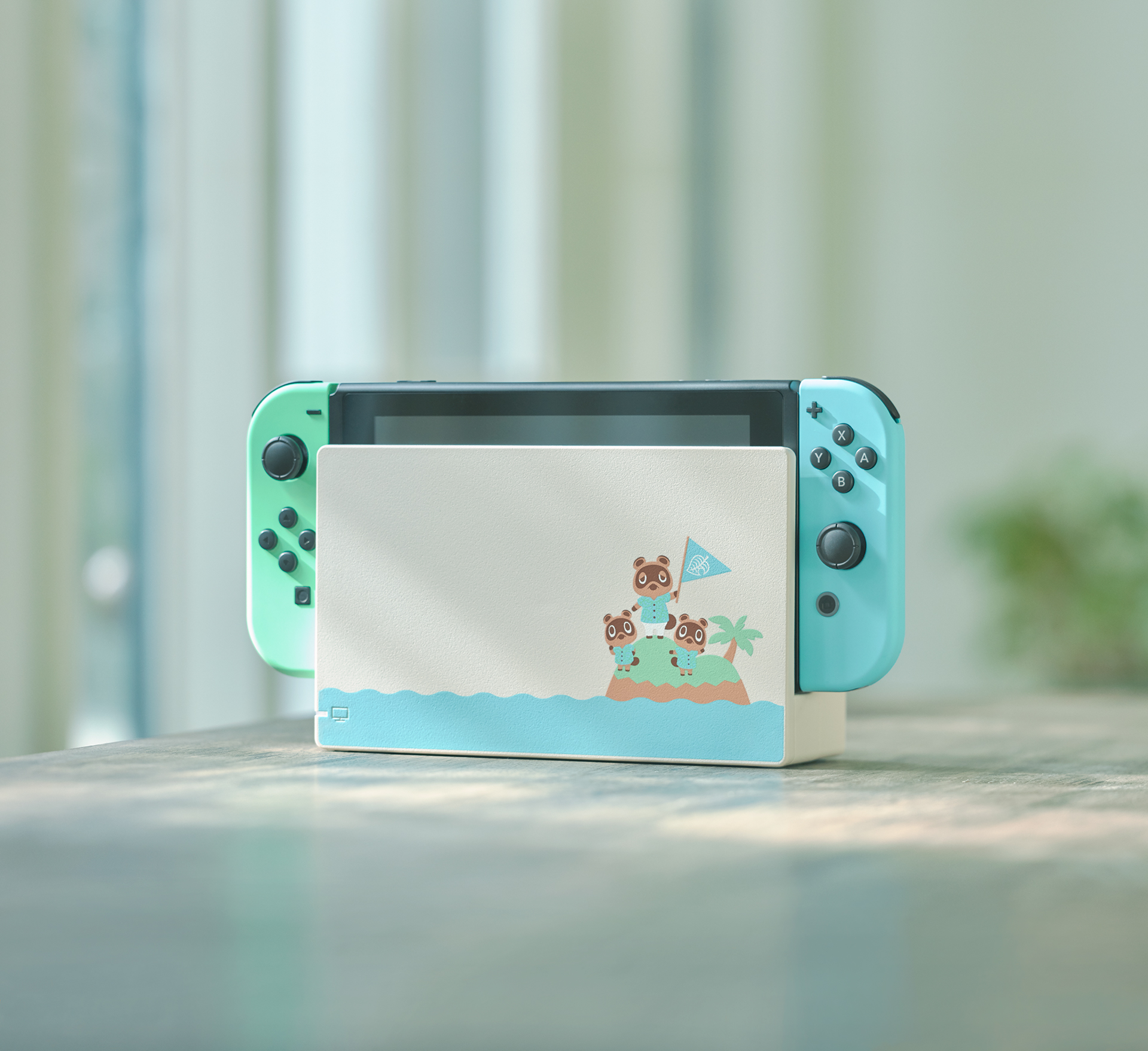 On March 20, Animal Crossing: New Horizons will be released on the Nintendo Switch. Of course, there may be some super fans out there that will be buying their first Switch console specifically for that game, and Nintendo is clearly aware of it.

As such, they’ve unveiled an all-new Animal Crossing themed Nintendo Switch console with custom Joy-Cons, a colored and textured rear panel, and a themed Switch dock. While we’ve known about the existence of this special edition console for a while, both Best Buy and GameStop are currently accepting pre-orders for it.

A #NintendoSwitch system inspired by #AnimalCrossing: New Horizons is on the way! With unique Joy-Con controllers, a custom design on the back, and a special Nintendo Switch dock, it’s the perfect way to start your island life. Available 3/13 for $299.99.https://t.co/MC5dJ11F3U pic.twitter.com/VigTPi4NDB

It should be noted that the console releases one week before the launch of the game and does not come with a copy of New Horizons. Despite that, it’s still a really awesome themed Switch, one of the best in recent memory.

On the dock you’ll find Tom Nook along with his nephews in an adorable little scene. In Japan, the themed Joy-Cons are actually sold separately from the console, but that doesn’t appear to be the case for the US version.

“A Nintendo Switch system inspired by Animal Crossing: New Horizons is on the way,” Nintendo of America said in a tweet from the company’s official Twitter account. “With unique Joy-Con controllers, a custom design on the back, and a special Nintendo Switch dock, it’s the perfect way to start your island life.”

Images of the new console confirm what others have already guessed. It is one of the new Switch models that comes with an extended battery life. You can tell because it has the HAC-001(01) serial number on the back. Players will be able to take their Animal Crossing adventures on the go for longer periods of time.

Nintendo is also offering a uniquely themed carrying case and screen protector. If you’re a fan of this theming but don’t want to go out and buy an all new Switch, this could be an excellent way to share your Animal Crossing love when you’re on the move!

The carrying case will also be available for purchase on 3/13, according to the Nintendo of America Twitter account.

So, what does the price for this specialty console look like? It’s going for $299.99, which makes it the same price as the standard Nintendo Switch console.

Big News For Cooking Sim Fans: Cook, Serve, Delicious 3 Has All Of That Wow Factor And Then Some