It was only a matter of time before the sequel for the Sonic the Hedgehog movie went into development over at Paramount. The movie was one of 2020’s biggest box office hits, setting new records for video game film adaptations.

The original Sonic movie saw $146 million at the domestic box office and $306 million globally. While those aren’t Marvel numbers, it’s still incredibly impressive, even beating out records set by the Detective Pikachu movie.

Director Jeff Fowler will be returning to helm this sequel, with Sonic the Hedgehog screenwriters Pat Casey and Josh Miller penning the script. The film will also see the return of producers Neal H. Moritz, Toby Ascher, and Toru Nakahara, along with executive producers Hajime Satomi, Haruki Satomi, and Tim Miller.

No casting has been announced yet, but it is believed that Ben Schwartz will return as Sonic. There is no word yet on whether Jim Carrey is signed onto return as Sonic’s arch nemesis Dr. Robotnik, AKA Eggman. The first film’s ending certainly made it seem as though we should expect to see Carrey back as the iconic villain, looking a lot more like the original game version of the character.

We’re also unsure as to whether James Marsden will return as Tom the Donut Lord.

One thing that is for certain is that this movie will feature Sonic’s longtime sidekick Tails, who was teased in a post credit scene in the original movie. Rumors have also been swirling that another longtime Sonic rival/sidekick might be appearing in Knuckles the Echidna. Shortly after the movie released, it was rumored that Paramount was eyeing none other than Dwayne “The Rock” Johnson for the role.

Of course, The Rock’s involvement is far from confirmed and should be treated solely as a rumor for now.

Sonic The Hedgehog was originally slated for a November 2019 release, but reactions to the movie’s original trailer were mixed, to put it mildly. People were disappointed and downright horrified at the original design for Sonic, which went for a more realistic take on the character.

However, the creative team was clearly paying attention, as the movie was pushed back to February and given a complete overhaul, with a total redesign for Sonic to make him look more in line with his original video game and cartoon appearances. 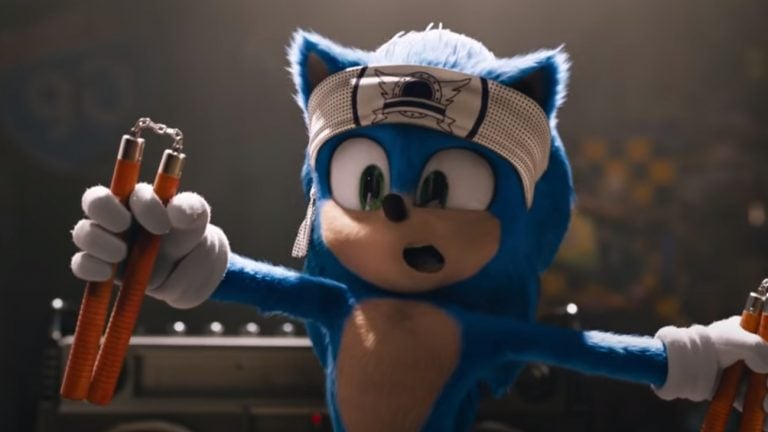