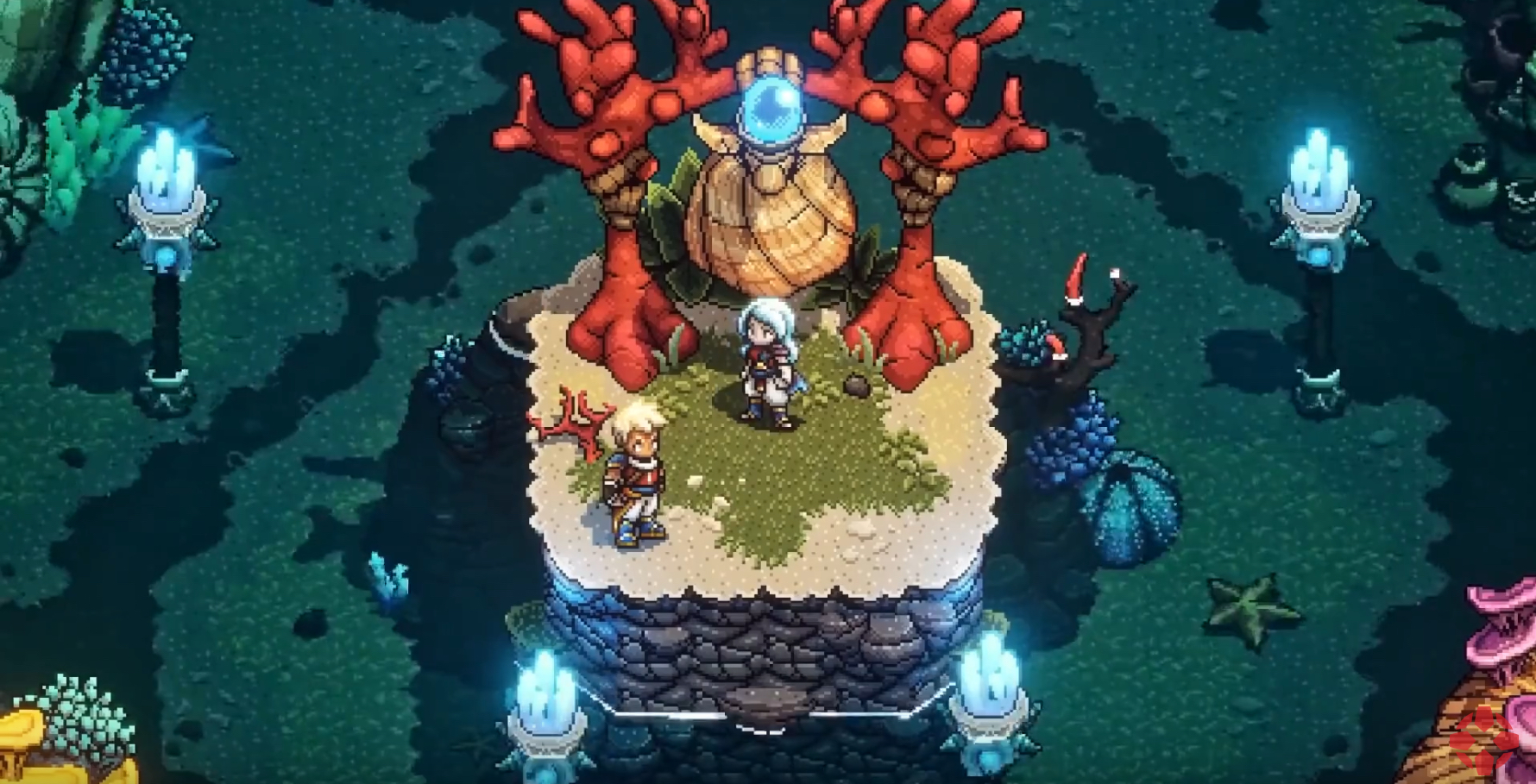 The Messenger was an incredible action platformer that garnered a lot of attention out of the gate back in 2018. The developer Sabotage did an amazing job at capturing the retro style of old and putting their modern twist on this classic genre.

Now, Sabotage is back at it again with another game titled Sea of Stars. It’s a prequel to The Messenger and based on the official trailer reveal that just came out, it’s looking just as awesome. This time, the story centers around two children of the Solstice.

The trailer then shows these two characters moving through all sorts of unique environments. There are waters filled with trees, dark forests, and mystical dungeons. Already, there appears to be plenty of areas to explore and the visuals instantly bring about nostalgia, especially if you grew up playing these more simple RPGs back in the day.

We then see some of the combat. It seems well designed and full of possibilities. Elemental magic seems to be the focus here as far as these characters’ primary strengths. The woman uses the moon as a source of incredible power, while the man relies on the sun. It’s the perfect contrast that should keep gameplay fresh and intriguing.

As it stands now, Sea of Stars is projected to release in 2022. That’s pretty far off, but at least the developer has given us a glimpse of what is to come. They’ll have plenty of time to refine the game and make it even better than The Messenger.

In terms of the story, these two warriors will be doing battle against the evil alchemist called The Fleshmancer. He’s looking to take over the world and it will be up to this duo to put a stop to his evil ways and his evil minions before it’s too late.

What stands out the most from this official trailer reveal is the turn-based combat. It looks very engaging and unique. You’ll have plenty of moves to carry out with each enemy encounter, and the sequences seem well detailed. That should make your time in Sea of Stars all the more intriguing. As you progress in the game, you can bet the combat will get even more intense.

The traversal system also looks pretty superb. You can climb, jump, swim, and perform many other actions when moving throughout these majestically lands. Sea of Stars already is showing a lot of promise.

Nov 4, 2022 Tom Lee 180
There are allegations that Blizzard's mobile action-RPG entry, Diablo Immortal, has made over $300 million in sales. The massively successful Raid:...