The Overwatch World Cup Is Well Underway; Highlights Decent Play Along With Many Problems 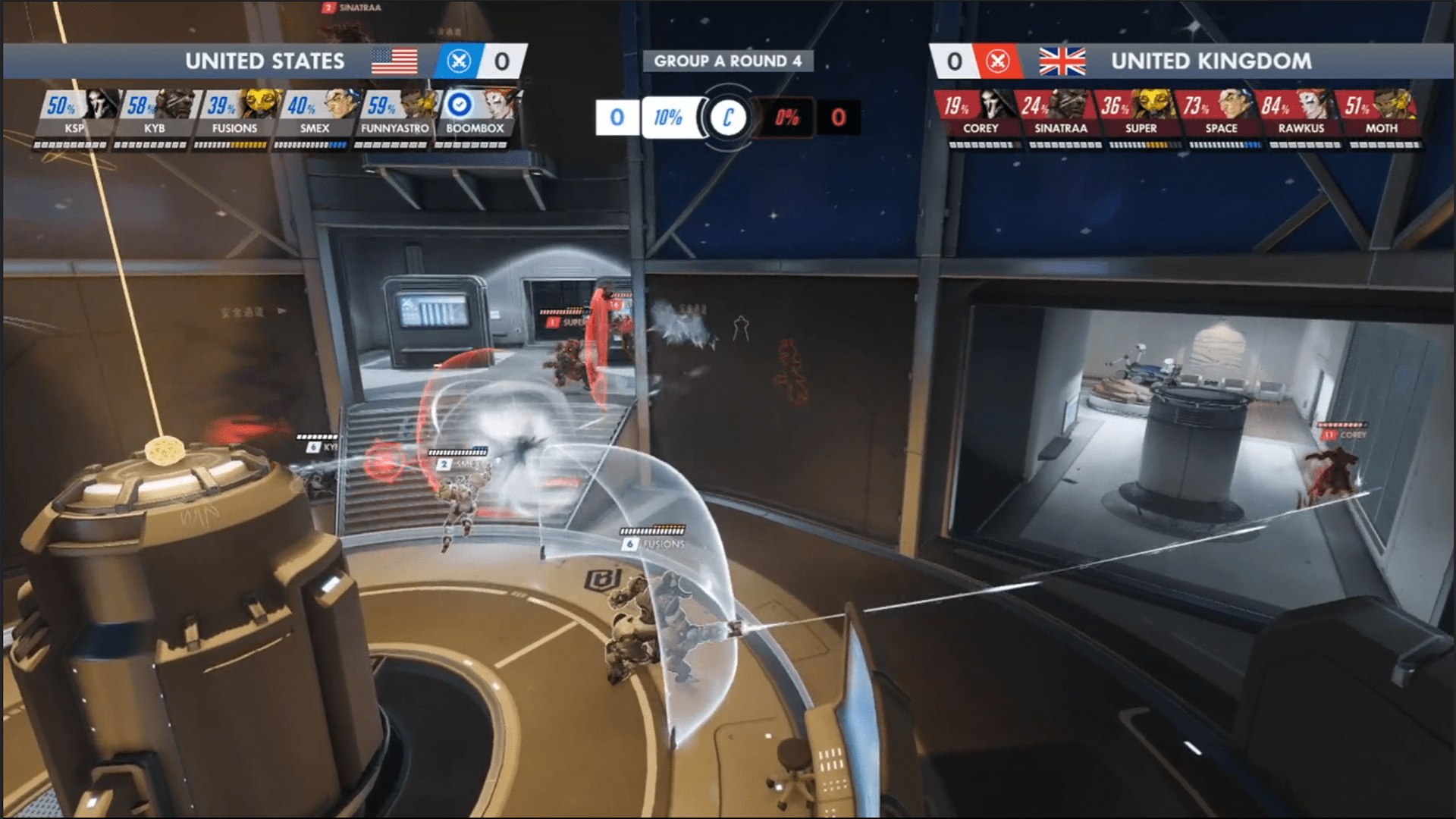 The annual Overwatch World Cup is meant to be a celebration of high-tier Overwatch, a yearly foray into playing for your home nation against others in front of a massive audience that almost rivals the Overwatch League.  While this year has thus far shown a fantastic level of play (from some teams), it’s also highlighting the issues that Overwatch is experiencing on the upper echelons of play, along with possibly forecasting issues that the Overwatch League is scheduled to run across with their upcoming season.

The teams typically are simply on different levels of play; some teams show high-caliber Overwatch such as South Korea and the United States.  Other teams frankly serve as little more than cannon-fodder for the more dominant team.  To be fair, no one necessarily went into this Overwatch World Cup expecting all teams to be level with even chances.  Even looking simply at South Korea, their bench is deep enough to field a second team that would continue to dominate everyone unfortunate enough to be matched against them.

Hence the running Overwatch World Cup joke of ‘I wonder how South Korea will win this time.’

The second day of #OWWC2019 matches are LIVE!

If you can't be with us at #BlizzCon2019, join us on stream 😊https://t.co/U6dIioZfOU pic.twitter.com/VDVEBhALk0

Yet the international celebration of Overwatch has been plagued with two problems; one that mirrors an issue experienced in the highest-tiers of play, and one that shows a problem continuing to compound since the Overwatch League’s second season.  To understand these issues, however, we must first look back into the inaugural season of the Overwatch League.

Overwatch started with 21 different heroes, all viable in their own right for different scenarios.  The inaugural season began in 2018, where the meta that was known as ‘dive’ was played often, yet countered by various hero picks.  In the inaugural season, there were occasional technical issues, yet fans largely agree that they were nothing close to what was experienced in the second season which started after Blizzard laid-off multiple employees.

The second season saw the continued usage of a new meta known as ‘GOATs’. which would be played exclusively until Blizzard implemented role-lock.  During this time, the Overwatch League hemorrhaged viewers as the slow meta was complemented with technical issues.  Only six heroes of the entire cast were usable if a team wanted to win, which made the majority of the roster pointless.

Fast forward through season 2, and we’re here.  Role lock has been implemented, yet the nerfs and buffs that Blizzard offered to attempt to counter the ‘GOATs meta’ are still in-game, meaning that of the entire roster, professional players once again have very few reliable heroes to pick if they want to win.  The mirror compositions have been increasingly noted by fans, viewers, and players, frustrated at the lack of viability within rosters.  Almost the entirety of the Overwatch World Cup has experienced eight separate heroes unless a sudden burst of speed is necessary for a team to touch a point.  Professional players that have made their names with specific heroes, that led to the initial following of the Overwatch League, have now been cast wayside to play the ‘tankier’ heroes that can equally deal and receive damage, and it has people frustrated.

Blizzard desperately needs to figure out how to move beyond specific hero viability to encourage teams and players to experiment with the entirety of the storied roster.  Meta’s are going to form, regardless of what Blizzard does; the difficult path ahead for the developers is how to open a meta to many heroes.

The second issue that has cropped up displays that this upcoming season may be a difficult one for the Overwatch League to counter.  The Overwatch League will no longer be held solely in the Blizzard Arena; it will be played in multiple cities across the globe, with each team hosting in their respective cities.  A lot of travel is necessary every week, and some critics point to this as a reason that the quality of play will drop tremendously as professional players will no longer be able to practice consistently.  Worth noting that Blizzcon is being held in the Anaheim Convention Center, not too obscenely far away from the Blizzard Arena.

Yet the audio and visual quality has arguably been the worst seen in esports in recent memory.  Multiple matches have aired with no audio whatsoever, overlays have had the wrong teams displayed with incorrect teammates, attacking and defending icons are mismatched; the list goes on near infinitely of technical hiccups that Blizzard themselves have experienced in their home state.  Many matches have been delayed for hours as technical teams desperately attempt to figure out underlying issues.  The casters themselves, all very well versed in casting live matches, have had horrendous audio that wouldn’t be out of place on DOTA 2 PUGs.

Granted, the Blizzard Arena has shown to occasionally have problems themselves in the past with the occasional hiccup, which exponentially increased after the Blizzard layoffs.  yet with the Overwatch League being spread all around the globe for the upcoming season, these problems are bound to be increasingly noticeable, affecting the quality of matches for both the players and the fans.  Even if Blizzard lays-out an impeccable plan for various stadiums to use, the experience of this Overwatch World Cup should give them some warning flags as to next season.

All fans can currently do is watch, and hope that there’s some big-brains working for Blizzard right now.

Overwatch 2 Is Introducing A Lot Of New Changes Compared To The Original, As Reported At BlizzCon