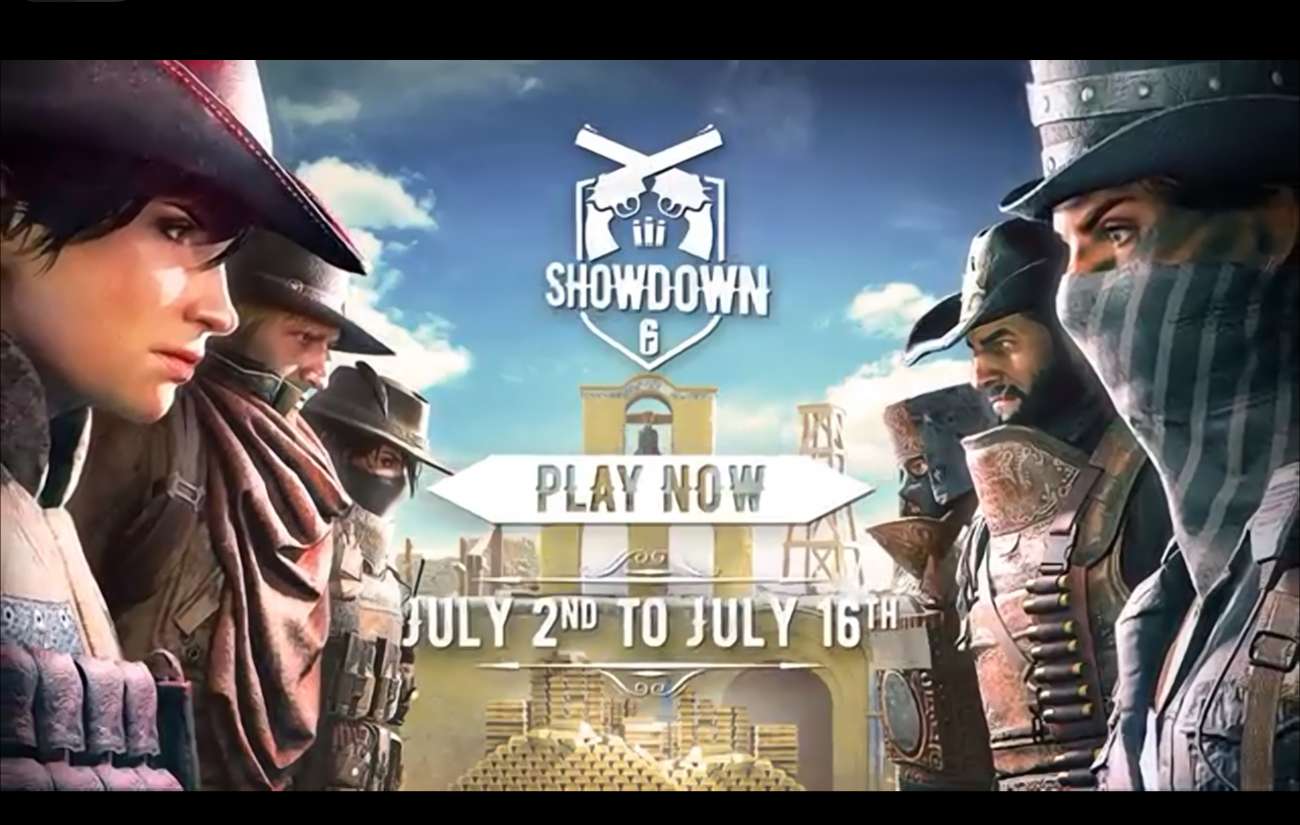 Rainbow Six Siege has been one of the more successful tactical shooters of this generation. It features some amazing gameplay and some fun modern weapons. The game also receives updates on a regular basis.

Now, this game has a new event out now called Showdown. It’s a 3v3 mode that features Western themes. It shares a lot of similarities with Rockstar’s game, Read Dead Redemption 2.

Ubisoft really knocked it out of the park with this event, which is in fact a limited time only deal. That means now is the perfect time to check out all of its action. There are many shining moments worth mentioning about it.

For instance, the event includes a new map called Fort Truth. It’s a smaller map, but that doesn’t take away from its fun design. In fact, it actually forces the action because there are only so many places to hide from opponents. You’ll have old ruins to cover behind, but aside from them, you’ll be taking the action near a church. It acts as the central marker.

The graphics of the Western times were dialed in beautifully by the developers at Ubisoft Montreal. You truly feel like it’s the days of the wild-west, where you had to rely on skill and instinct as opposed to modern technological advancements in weaponry that exist today.

The premise of the mode is pretty simple: 3v3 elimination. The rounds only last 90 seconds, a duration that forces players to go all out to claim victory. Again, you’re not granted advanced weaponry. Instead, you’ll rely on a trusty revolver and a double-barrel shotgun. Despite having an older feel, they seem to do a ton of damage. Firing off a quick shot with the revolver just feels so smooth.

It’s a shame that this mode isn’t staying forever, honestly. It has received a lot of positive feedback from the community. Maybe — just maybe — the developers may listen and bring it to Rainbow Six Siege permanently. Until that point, players will have to enjoy Showdown for as long as they can.

In addition to new weapons and a new map, players have the chance to buy all sorts of Western outfits. There are hats, cowboy jackets, and even Western-themed boots to choose from. They’re great if you care about the aesthetics of your character.

If you have this game and haven’t played it in a while, Showdown could be the perfect update that draws you back in.

Call Of Duty: Modern Warfare Will Reportedly Include A 200-Player Battle Royale Mode