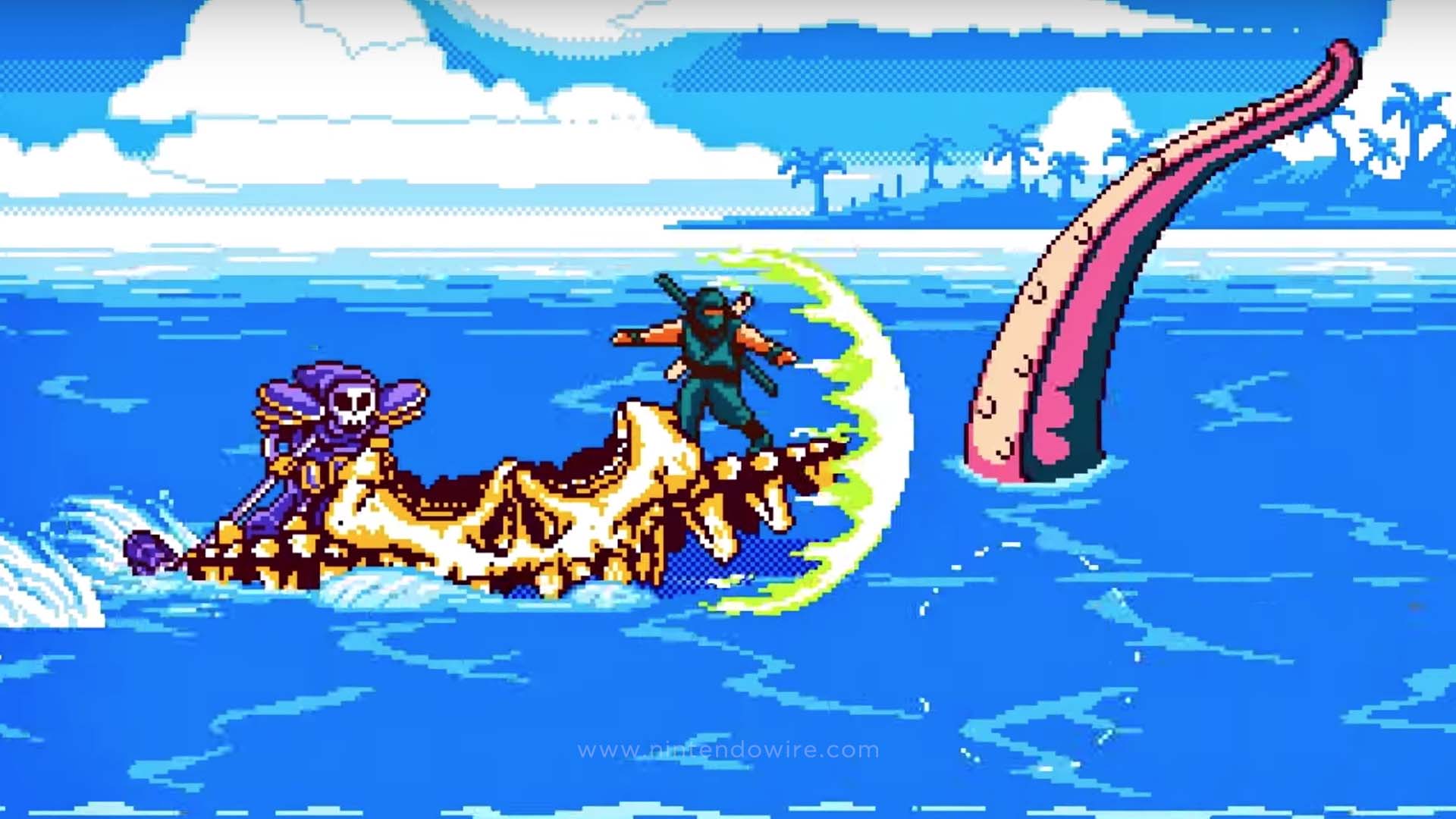 The long-awaited DLC for The Messenger is now available adding a new tropical adventure. The original game was developed by a Canadian indie team known as Sabotage Studio and was published by Devolver Digital. This game is a side-scrolling action-platformer that draws inspiration from the Ninja Gaiden series, and the fans have long been waiting for the continued adventure of their ninja messenger.

Based on the trailer, your character travels to the tropics to continue his quest delivering scrolls into dangerous worlds. Themed boss battles and a fun adventure through what appears to be a jungle temple leave many fans excited. Although there is not much explanation to the ogres found in the end, it is apparent the DLC will keep with the comic vibe that the series has had thus far.

The story in the main game is that an evil Demon King has attacked your ninja village. A western style hero appears and gives you a scroll appointing your character as The Messenger. You, the Ninja called The Messanger, must go and complete a task.

You must travel to the top of a mountain and deliver the scroll to defeat the evil Demon King. During your journey, you’re aided by a mysterious blue-robed shopkeeper who provides upgrades and equipment.

The game runs on a basic platformer style as you travel from area to are each themed at the different levels of the mountain. It supports a basic double jump feature that is used after attacking enemies or objects. As the game progresses, your ninja gains climbing abilities, gliding, long-range shuriken attacks, a grappling hook, and more.

Collecting time shards and extra bonuses scattered through the game will increase your health, attack, and other small upgrades to the character. The game is styled in 8-bit graphics and audio. This is one of many games that have taken on the classic mantle, but this is one of the few that has progressed into extra DLC.

This continuation of the adventure is set in the tropics, and from the trailer, we can see water levels, swimming, and epic combats that are themed to the jungle atmosphere. It is sure to be a great expansion onto the core game and probably will include extra tropic-themed abilities.

The game has a heavy fanbase backing it, and upon its initial reception, it won many awards scattered around. Players can only hope that the DLC package will live up to expectation, but at least the developers are smart about how they are releasing it. The DLC is free and can be added to any game provided they have kept their copy up to date.