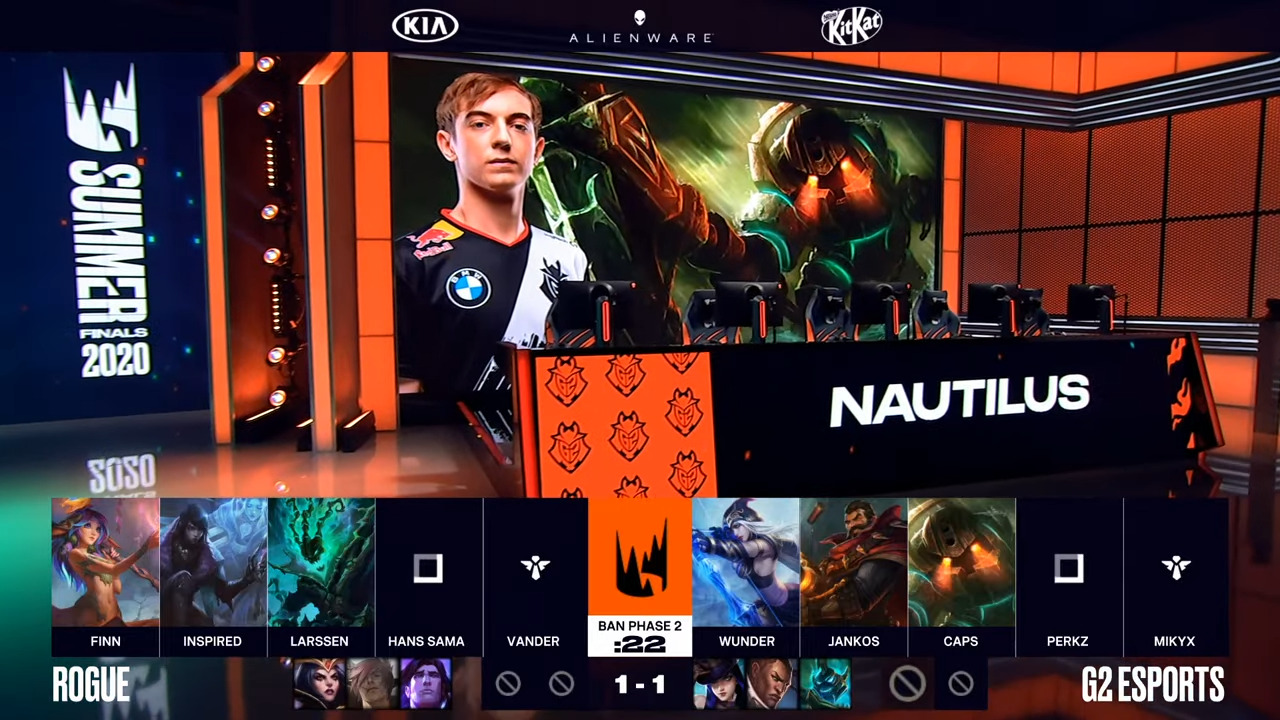 The LCK production team that’s well known for its weekly Mad Movie clips during the regular season is back in action for the 2020 League of LegendsWorld Championship. This time, the team highlighted G2’s Caps swift movements and decisions on Sylas against Gen.G in the quarterfinals yesterday.

The fight began with Caps looking for a pick on Gen.G’s support. But Ruler on Ashe answered swiftly, getting G2’s superstar mid laner down to 10 percent health. While the usual play in this case would be to retreat and get some health back before fighting again, Caps wanted to do things his own way.

RELATED: League Of Legends World Championship 2020 Knockout Stage: Suning Took Down JDG To Qualify For Next Round

After coming out of Zhonya’s, he used his stolen Ashe ultimate and dashed onto the enemy Twisted fate with less than two percent health. A quick Kingslayer gave him more than 1,000 health back, however, allowing him to stay in the heat of battle.

Gen.G’s Camille engaged on the low-health Sylas to take him down to less than five percent once again, but a quick Devour by Mikyx’s Tahm Kench kept Caps alive, allowing him to heal for 1,025 health once he got out. Caps then kept going, taking down Ruler as well for the ace. G2 eventually won this game en route to their 3-0 victory over Gen.G yesterday.

The LCK production team has always been one of the best in the world in terms of creativity. During the LCK regular season, it impressed League of Legends fans on a weekly basis by successfully making one-vs-one fights look like a traditional fighting game.

Korea has been at the top of its game on Summoner’s Rift and in the editing studio, especially when it comes to the LCK production team’s great season intro videos, hype videos, and game recaps. Even after Riot Games took over the studio from OGN, Korea looked amazing more than ever. LEC has been stepping it up lately as well to provide cool highlights reels however they’re still far away from being even close to LCK.

While people expect a lot of highlights reels during this year’s World Championship, there were barely any released and it’s unclear why not. LCK clearly had the capacity to provide them to show everyone the intensive duels between World Championship participants.

If this moment wasn’t enough to satisfy your fighting game itch, you’ll have to wait a while until Riot releases more information about its own League-based fighting game, codenamed Project L.