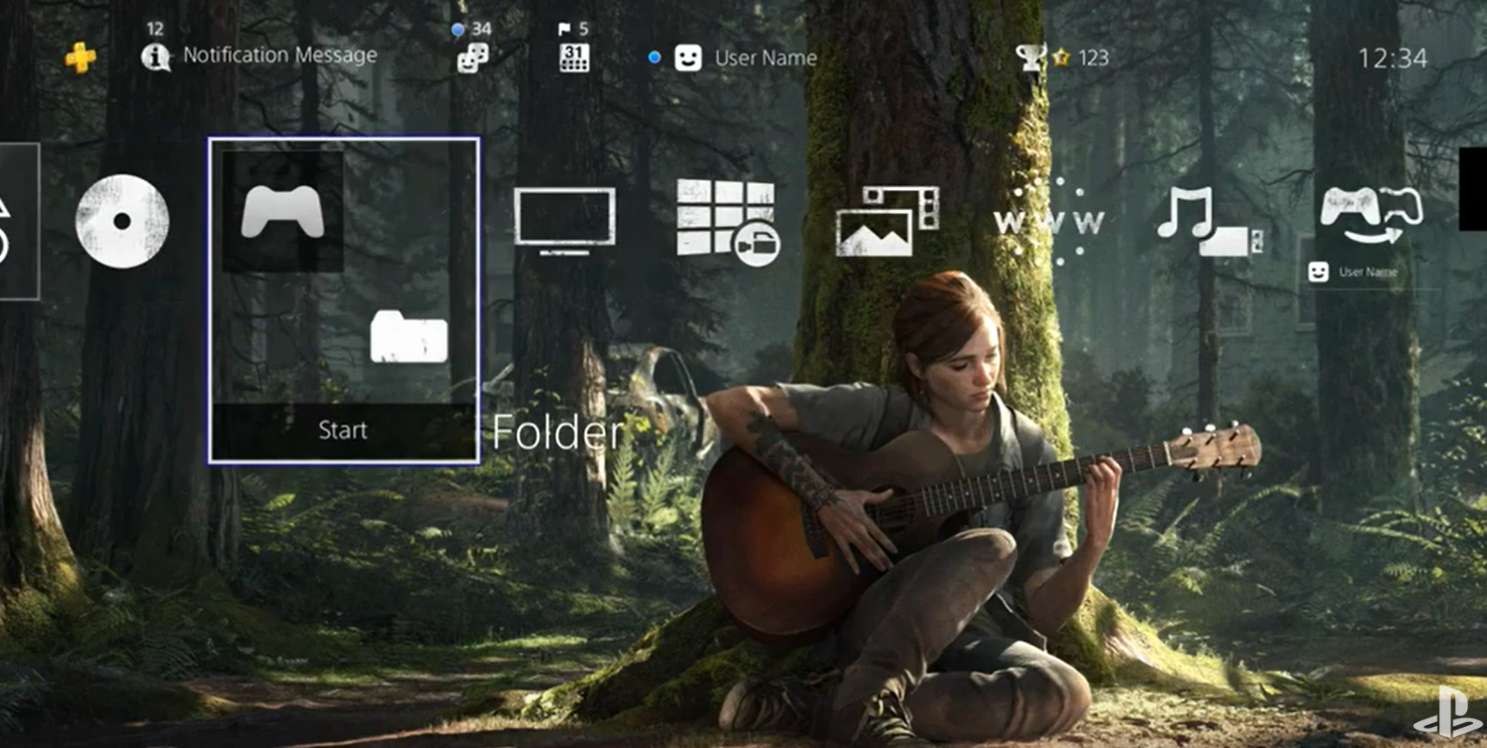 The Last of Us Part II is on its way, paving the road for one of the most sought after sequels in the modern gaming world.

The hype surrounding this game is in full swing, and Sony is offering a new Dynamic PlayStation 4 home screen theme to go along with it.

“Customize your PS4 with the new The Last of Us Part II Duality dynamic theme,” Sony said in the writeup for the theme’s announcement trailer, “which explores the two sides of Ellie’s journey, from the relative peace she’s found when the story begins to the relentless pursuit of vengeance that follows.”

The duality mentioned in the theme’s title speaks to the two different visuals contained within. First, we have Ellie alone in the quiet forest, calmly sitting at the base of a tree and strumming on the acoustic guitar we saw her playing in one of the earlier trailers.

The second screen shows a much darker take on Ellie’s story. She’s once again in the forest, crouched at the base of a tree. But this time, she is crouched in wait, holding a machete in both hands. In the background we can see that she is being hunted by three unknown people, two of which are wearing hoods.

A man and a woman are holding torches, with flames that flicker in real time. The other man holds a sinister-looking fire axe. They are clearly looking for Ellie, not realizing that she’s waiting for them.

If the trailers are any indication, this is going to be an action-packed adventure through the world established in the first The Last of Us game. We will be playing primarily as Ellie, who players got to play as for only a short while in the first game.

It is currently unknown if players will be able to take control of Joel, the main playable character from the last adventure, but it’s likely that there will be at least a few missions where that is possible.

The game seems to be a souped up version of everything that made the original great. There are new classes of infected, and NPC enemies are a lot more intelligent this time around. On top of that, there are now bloodhound dogs that can sniff out Ellie’s location, and established relationships and dynamics between the enemy combatants.

The Last of Us 2 was initially intended to be released this week, but was pushed back to May 29, 2020.

Wolcen: Lords Of Mayhem Now Has A Hotfix That Addresses Many issues

Dec 27, 2020 Aaron Hans 15150
Abby from The Last of Us Part 2 is certainly one of the most polarizing characters in the history of gaming, and while the characters' voice actor,...