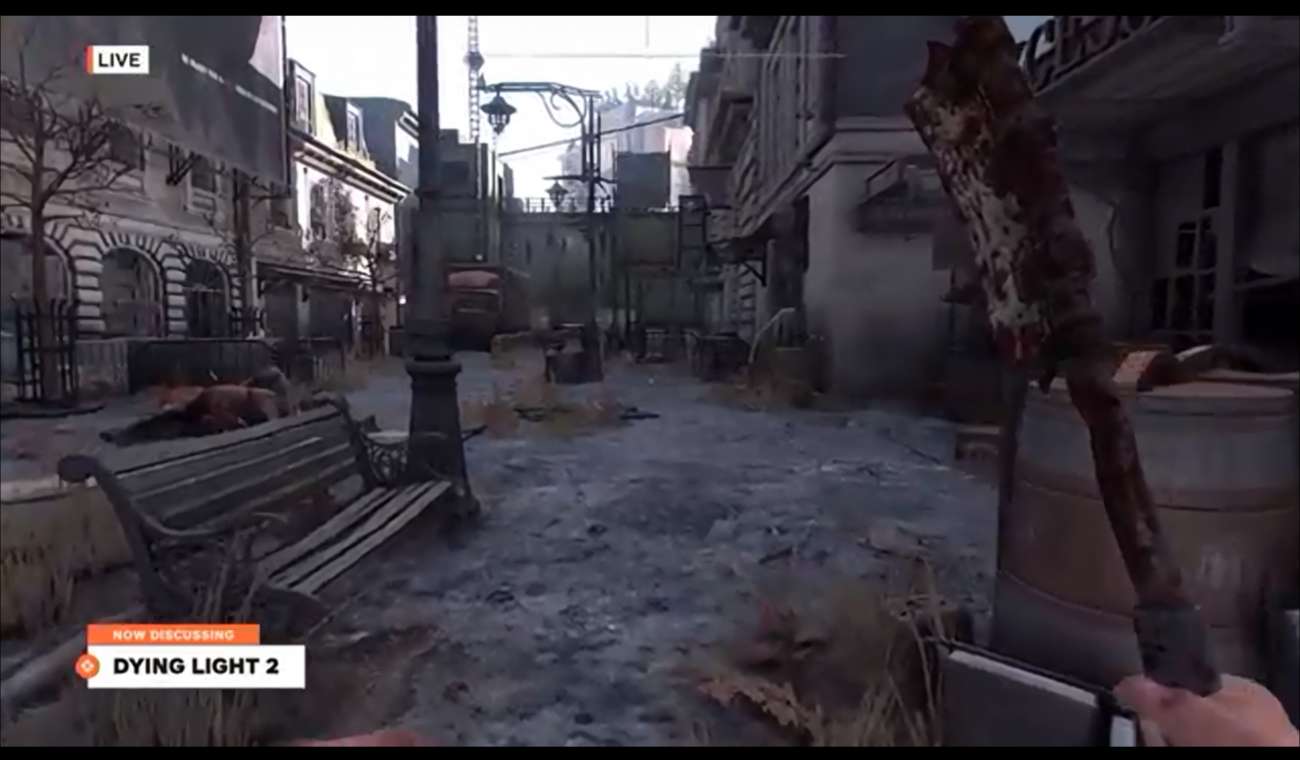 The zombie genre of gaming is never short on titles. Every year, there’s a developer who brings forth a new iteration of a pretty successful concept. Zombies are terrifying in nature, so when you put them in a video game, that idea pretty much sells itself. Still, some zombie games are much better than others.

One of the better ones in recent memory is Dying Light. It does one thing better than almost any of its counterparts: A parkour moving system. You get jump over walls and fly across rooftops as if they’re nothing. Mix in a couple of zombies on your tail and you have a pretty successful recipe. The original Dying Light came out in 2015 from the talented studio at Techland Publishing. They did a phenomenal job at revitalizing the genre and improving upon many elements that were lacking in games that broached the same subject matter.

Now, they’re hard at work on Dying Light 2. We’ve seen a couple of cinematic shots that give fans a peak at the direction the developers are going in. It has a Spring release date for 2020, and to get us hyped for what’s to come, a new trailer has surfaced that shows off actual in-game footage.

Right away, the narrator of the trailer says the choices you make will shape the outcome of the story. This is much different than the original, which had a pretty set-in-stone narrative. That’s an important improvement as it makes your choices seem more important. The trailer shows our main protagonist, Aiden, take on a mission to solve the city’s drinking water problem. He works with two factions of the city.

Aiden starts off in some sort of tavern, which has a very dive-like aesthetic to it. The graphics already seem amazing just a couple of minutes into the trailer. There are question marks over various characters in the bar, as to signal you’ll have the freedom to interact with whoever you want. This should lead to many different branching points for the story, as well as detailed side-mission content.

When Aiden finally goes outside, we get to see some combat sequences. Like the original, Dying Light 2 is pretty graphic. You’ll have the ability to sever enemy heads and land lethal lacerations to bodies. The defensive mechanics also seem much improved. It’s no surprise to see the parkour system being extremely fluid, which should make navigating this open world an amazing adventure.

This gameplay footage is subject to change, but these early impressions are signaling a pretty great zombie game.

Dream Match Tennis VR For The PSVR Shows Off Its Online Multiplayer Mode; Takes Tennis Gaming To The Next Level

Nov 10, 2020 Lisa Nguyen 21150
Store listings have begun to appear for Dying Light Anniversary Edition on consoles. Techland and Deep Silver have not yet formally announced the...

Jul 18, 2020 Chris Miller 7810
Interesting: after the open beta for the Dying Light Hellraid, Techland has announced with little fanfare that the DLC is going to be delayed by...

Jun 28, 2020 Jeremy Green 7470
When you think of competent and memorable games featuring zombies, Dying Light definitely stands out amongst many of its peers. Techland did an...