call of dutythe simsthe sims 4elden ringPOKEMONgears of warGenshin ImpactoverwatchOverwatch 2the witchercall of duty: modern warfare 2red dead redemptionred dead redemption 2the last of usalone in the darkpokemon goelectronic artsValorantMyststardew valleystar wars jedi: fallen orderGod of War RagnarokbayonettaBayonetta 3final fantasy
Home
GAMES
The Hoarfrost Reach Map In Iceborn Expansion Is Filled With All Sorts Of Perils That Leave You On The Edge Of Your Seat 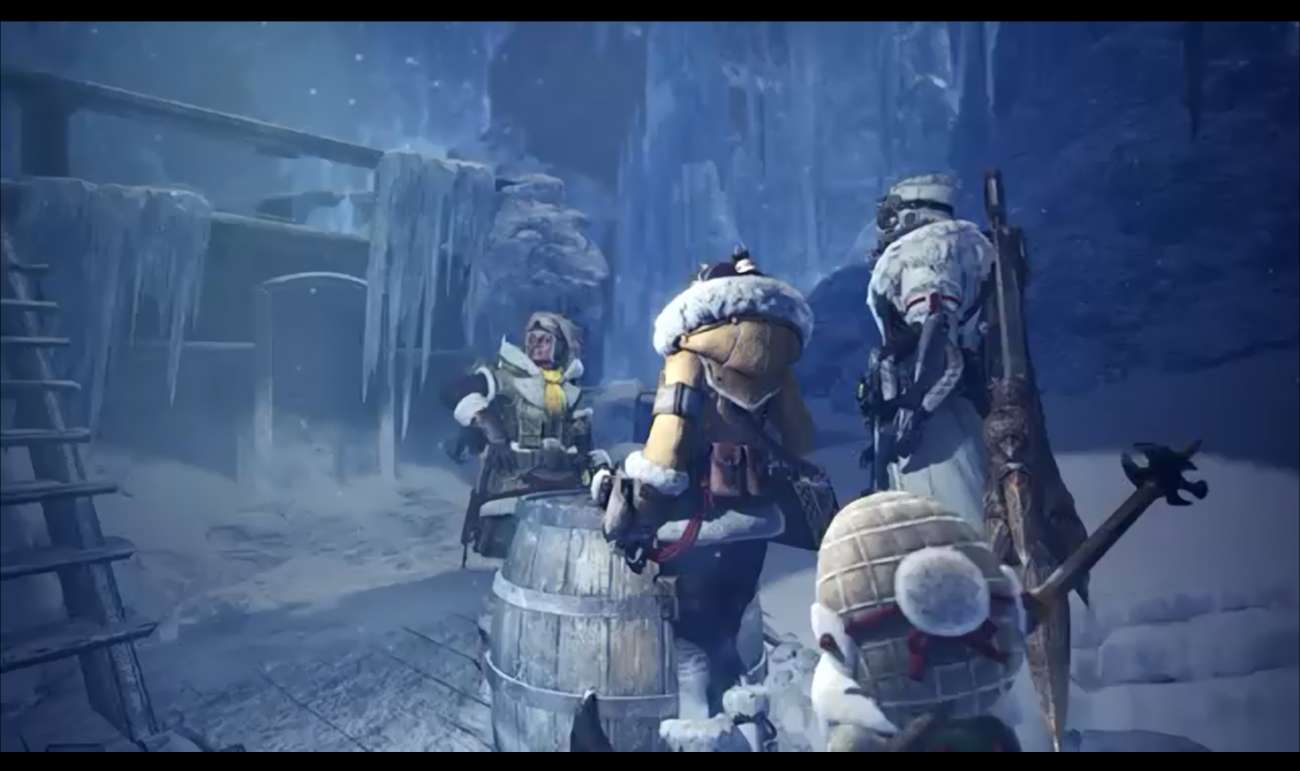 The expansion pack for Monster Hunter: World, Iceborn, has been out for a couple of days now. The reviews have started to pour in as a result. For the most part, people are loving what Capcom did with this expansion. It’s pretty much a full-fledged Monster Hunter game that’s been designed beautifully.

The main map in this expansion is the Hoarfrost Reach. What’s impressive about it is its sheer size. It’s the largest map out of the many locals in the base game. That’s miles and miles of frozen grounds you have to look forward to. The level designs are absolutely breathtaking. There’s white powder everywhere. At certain points, it seems like you could walk for days in either direction.

The entire time you’re traversing through this distinct, large map, the elements will be something to battle against. This is a unique direction that Capcom decided to go in with this latest update. The cold environments aren’t just for show. Extremely low temperatures will take away your character’s health.

So in addition to finding monsters and taking them down in epic fashion, you’ll be forced to find shelter and warmer environments to survive. Talk about a chilling experience. It just brings a whole new way to play this incredible game. As if the elements weren’t enough, the icy monsters are fantastic. There’s a good mix of returning characters and new ones. Each one possesses unique attributes and visuals. Every monster hunt will be just as fantastic and novel as the next.

You’ll constantly have to keep your guard up in Hoarfrost Reach, though. Turn your back and you could get taken out at a moment’s notice by Tigrex or Barioth. There are a total of 27 new large monsters and 4 small monsters. As you progress in Iceborn, the more difficult these monsters will be to defeat. At certain points, going at the larger, higher-ranked monsters alone isn’t a good idea. You’ll want to team up with a party and use a lot of strategy to come out on top.

Much of your time spent in Iceborn will be investigating the various sections. The map is so large and there are so many things to see. The entire time you’ll have your guard up, though, as you never really know what’s around the corner. If you played the base Monster Hunter: World, this expansion pack is an amazing addition that you won’t want to stop playing.